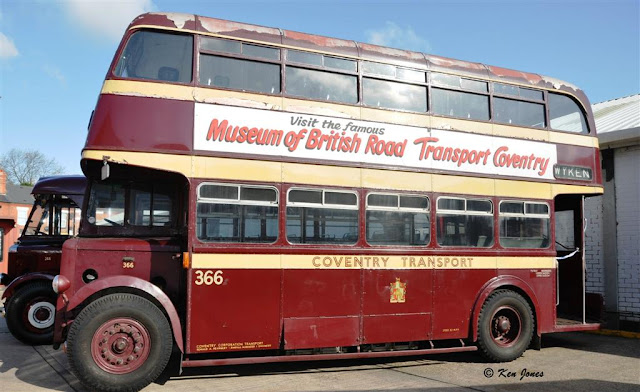 I expect to move it to secure site at the beginning of January 2013 for work to start virtually straight away. It is coming to me on a 20 year loan and I have agreed a remedial plan with Coventry Transport Museum.
Major issues are the cracked block on the engine and the seats which require re-trimming.
The list of work however is quite extensive and cost estimated at a range between £50k and £80k + volunteer hours; depending on what we find on wiring and structure.
Visual issues for consideration are the downstairs windows and whether we keep what is on already (know they are not right) against finding other suitable ones to replace. Knackered Roe bodies are however few and far between; and of course trim material for the seats. I believe in 1951 it was trimmed with Lister check moquette like 126-165 and the nearest material to that is London Transport check.
The hydraulic brakes will require overhaul including refurbished master cylinders and of course £2k for new tyres tubes and flaps.
We will not know structure situation till we take side panels off but Roe have a good reputation for this. Chassis looks to be in good nick and does not have the flitch corrosion problem that hits CVGs
I estimate a return to the road sometime in 2014
Roger