Following the recent Darting Around Chesterfield item Tony Wilson has sent pictures and information about the vehicles during use with the original operators. 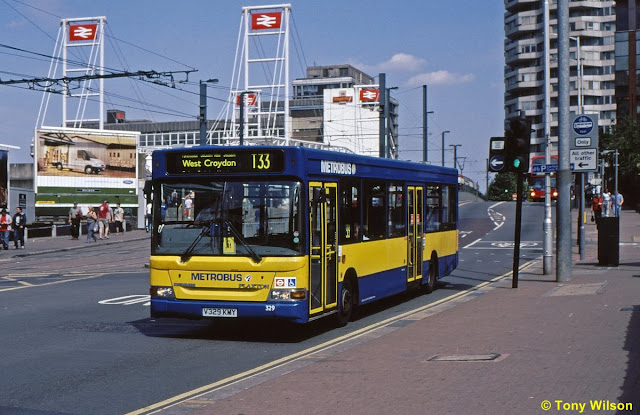 Dennis Dart/Plaxton Pointer (V329 KMY) is a sister of V327 and
was one of ten acquired in 1999 by Metrobus of Orpington, Kent to
operate on Transport for London contracted routes in South London. 329
seen above in August 2004 at East Croydon with the main railway station
in the background and the Croydon tram tracks to the left of the picture. 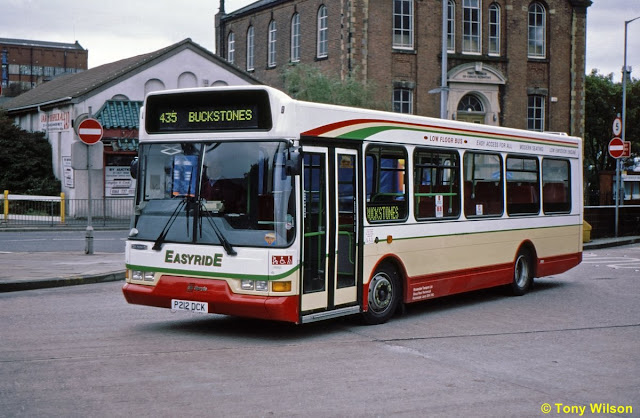 The two actual East Lancs bodied Darts now with DW Coaches
are shown above and below in their original form with Rossendale Transport of
Rawtenstall. Numbers 112 and 113 as they were when found at work in Rochdale in October 1998. 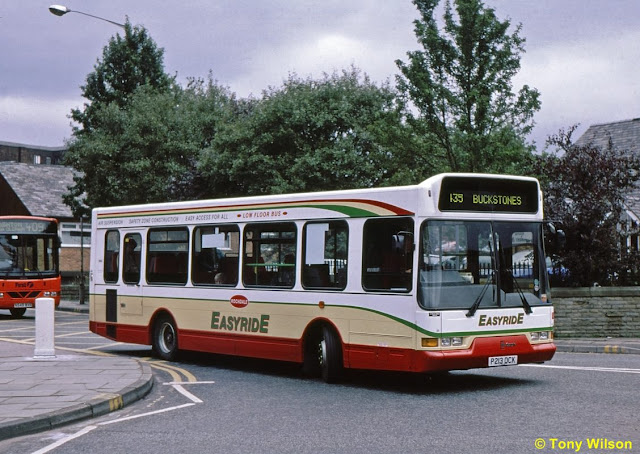 The origins of Universitybus started as an in-house operation to
provide transport for students at the Hertfordshire University,
between their various locations spread far and wide throughout the
county. Much of the campus based is in the Hatfield area, but students
are drawn from a wide area including Greater London. Over time the
route network has grown to include most main towns in Hertfordshire
and also provides links to the rail and tube network in North West
London. A wide variety of buses are now used and included for a while
five Wright Crusader bodied Dart SLF. Included was one registered P664
PNM now with DW Coaches as shown below in original condition at Wall
Hall College grounds at Aldenham near Watford in April 1997. 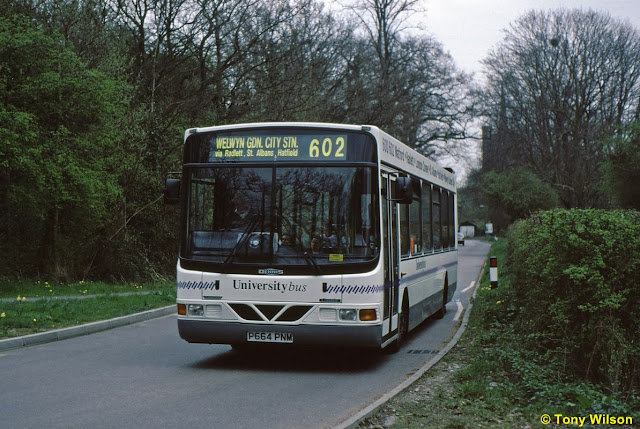 A similar vehicle from the same batch illustrates the current
livery applied to the fleet. A fleet numbering system has since been
applied and number 665 is shown belowin May 2008 near to the main
campus area at Hatfield. Buses operate nowadays using the trading name uno (with a small 'u'). 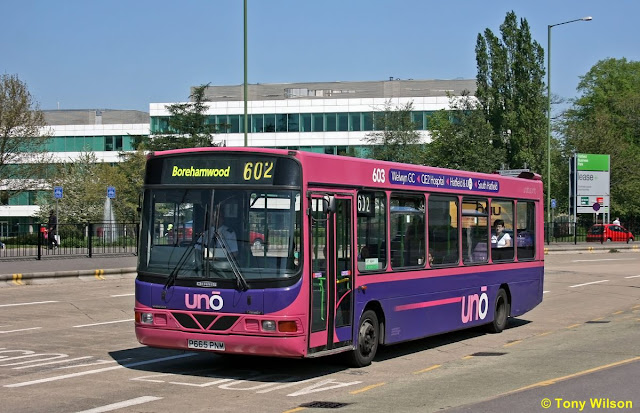 Tomorrow on this website - Pictures of the new Plaxton Interdecker
Elite i Takes to the Road
.