Go-Ahead on Track to Hit Targets

BUS and rail group Go-Ahead said robust and resilient trading in the first half has put it on course to meet its expectations for its full financial year. 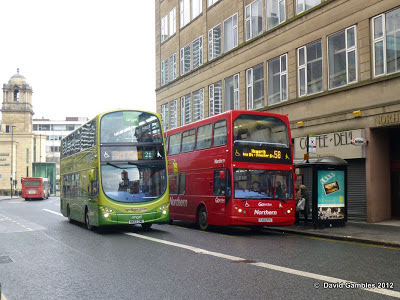 The Newcastle-based group, which has a strong presence in the capital, benefited from increased traffic during the London Olympic Games over the summer.
And chief executive David Brown said the group is now well placed to meet its target of achieving a £100m bus operating profit by 2015/2016.
David Brown, group chief executive, said: “I am pleased to report a resilient performance across our operations, with all of our companies seeing growth in commercial revenue in the year to date.
“Whilst we remain suitably cautious about the medium term wider economic outlook, we are encouraged by our robust performance.”
He was updating investors on trading ahead of the end of Go-Ahead’s first half on December 29. 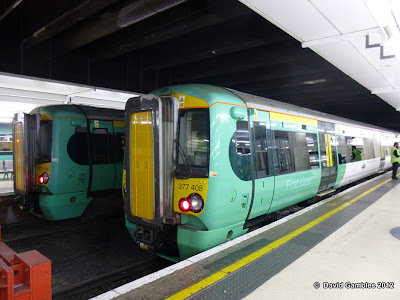 Mr Brown said the group’s three rail franchises – Southern (including Gatwick Express), Southeastern and London Midland – had delivered good passenger revenue growth in the year to date.
But Go-Ahead remains concerned that the Government gets back on track with awarding new franchises following the issues surrounding the West Coast Mainline earlier this year, after which franchise decisions were put on hold.
“We are committed to operating in the rail market and are helping to shape the future of the industry through our involvement in the Government’s review of rail franchising,” said Mr Brown.
“For the benefit of passengers, employees and tax payers, it is important that the franchising timetable resumes as soon as possible.”
In the bus market outside of London, Go-Ahead’s fare-paying passenger numbers grew by 5% growth, which was partly offset by a weaker concessionary performance. The company has around 4,600 buses running in the North East, Oxford, East Anglia, the South East and Southern areas.
The firm has a 24% share of the London bus market, where there was “strong underlying growth”, although the effects of the Olympics has now been diluted.
Mr Brown said: “We continue to lead the transport industry in the development of smart ticketing. There are now over 300,000 passengers using our smartcard “the key” and the roll out of mobile ticketing across our bus operations is progressing well.
“We strongly believe that making travel more convenient for our passengers, combined with innovative and targeted marketing, will attract more people onto our services.”