An agreement has been announced today whereby Virgin Trains will continue operating rail services on the West Coast Main Line. 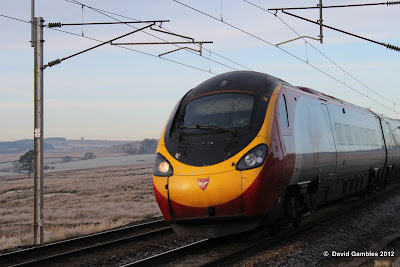 The new franchise agreement will run for up to 23 months after which the West Coast Main Line will be let under a long-term franchise.
It coincides with the early completion of a government-backed deal to roll out 106 new Pendolino carriages, providing passengers with four new 11-carriage trains and lengthening 31 existing trains from nine carriages to 11. A new hourly service between London and Glasgow will also be introduced.
Passengers travelling on Virgin Trains will also find it easier to claim compensation if their train is severely delayed thanks to plans for Virgin Trains to introduce an improved passenger’s charter incorporating a delay repay scheme from 1 April 2013, subject to agreement.
The 23 month franchise will run from 9 December 2012 until 9 November 2014 after which the West Coast Main Line will be let under a long-term franchise. The Department for Transport (DfT) will be able to shorten this period by up to six months if a subsequent franchise can be let on a shorter timescale.
The franchise will operate as a management contract with both revenue and cost risk being borne by the DfT. In return Virgin Rail Group (VRG) will receive a margin of 1% on revenue for operating services. The franchise also makes a provision for the DfT and VRG to agree revised commercial terms that would see VRG take greater revenue and cost risk in the period to 9 November 2014.