A secret disused underground station that was used by thousands of Londoners during the Blitz has been opened up for rare public viewing. 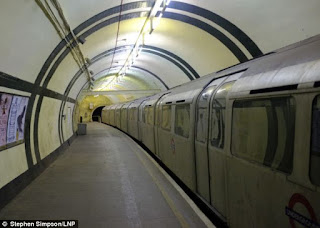 Visitors have been able to take a tour of the Aldwych Tube Station, one of London's closed underground stations, which included a platform which stopped operating in 1914.
The station, which looks the same as it did nearly a century ago, has been used for filming in Atonement, V for Vendetta, Superman 4 and 28 weeks later.
It has a complete tube train in the platform which goes nowhere and is used for training purposes. 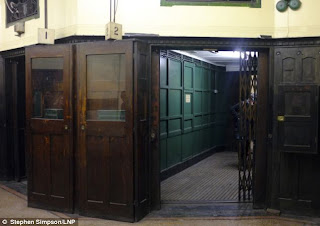 London Transport Museum held tours of the station last weekend and will hold tours again this weekend.
The tour includes a platform closed in 1914 which was used as a store for the National Gallery during the 2nd World War.