A new bus lane was given the green light by Leicester's mayor despite strong opposition to the plan.
Sir Peter Soulsby approved the project, which will see bus lanes on the A426 from Glen Parva in to the city centre.
Councillor Nigel Porter, whose Aylestone ward is affected, said thousands of people were ignored and doubted it will reduce congestion. 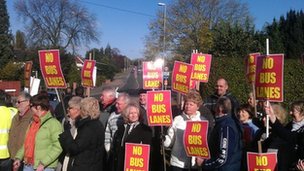 It will cost £5m and has been approved by Leicestershire County Council. 'Significant improvements'
Funding from Government was made available for the project, topped up by the city and county councils.
As well as introducing bus lanes, it will widen stretches of the route including at Soar Valley Way and Carlton Street.
Sir Peter said: "This scheme will enable significant improvements to be made to one of the busiest and most important commuter routes into the city." 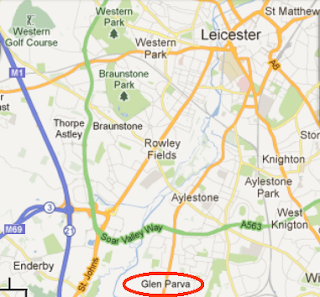 A petition opposing the scheme was signed by almost 4,500 people and about half of the 1,000 who responded to County Hall's consultation objected to the proposal.
Mr Porter said: "I don't think it's really going to have that many benefits in terms of helping ease traffic congestion and pollution in Aylestone."
County Hall said it hoped work will start in February and be finished in September.