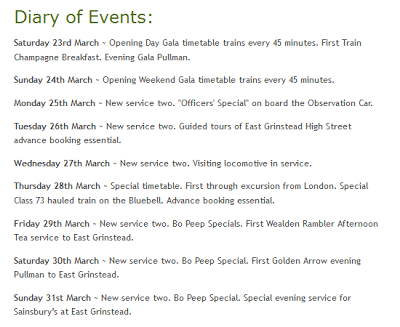 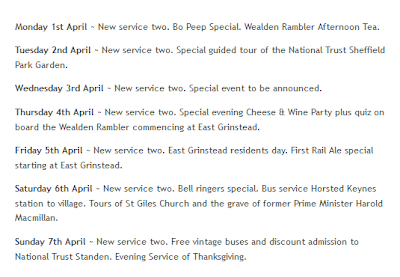 Following opening on the 23 March, the railway will run daily for three weeks, but then will temporarily close between Kingscote and East Grinstead for three weeks to enable a concerted effort to tidy up and clear as much of the site as possible. Even this programme will not clear all debris, but at least it's a start because there is a lot of material to clear (and yes, the class 33 should be with the railway on 8 February). The line to East Grinstead will continue to be open at weekends and for a couple of previously booked evening charters. Bluebell Website here