Members of the Chesterfield Canal Trust are claiming that the plans for the HS2 Infrastructure Depot at Staveley have been drawn up using out of date maps. Amongst other things, the maps shown on the HS2 website don't show the newly built Staveley Canal basin which was opened in January 2012. 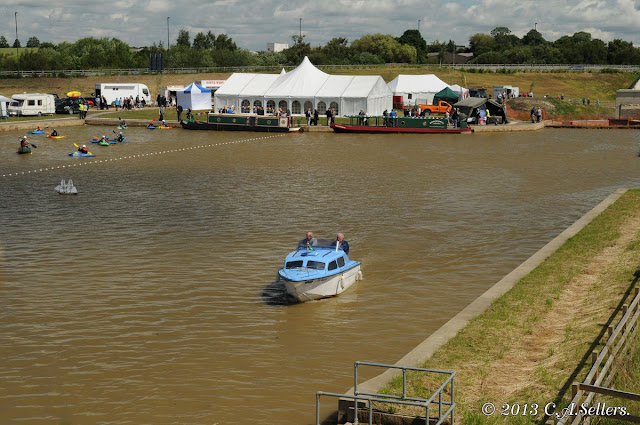 Over the past few years the society have successfully re-opened the abandoned the canal between Chesterfield and Staveley and have plans approved to carry on opening the canal further east.
The HS2 and depot line routes intersect with the proposed restoration route of the canal at the following points:
1 Between the new Railway Lock (5B) and the western end of Staveley Puddle Bank.
2 The eastern end of Staveley Puddle Bank.
3 Between Hague Bridge and Barlborough Road Bridge.
4 The Brindley Loops.
5 The northern end of the Railway Mile from Boiley New Bridge to where the canal veers off east just before Killamarsh Station.

A section of the Canal Trust website here and here has been devoted to the recently announced HS2 route and Staveley Infrastructure Site in which they make the statement.
"In 1769, John Varley walked or rode the entire length of the canal before producing a map to show to Parliament. This was for a project expected to cost £95,000. It is a shame that no one seems to have set foot in Staveley for a project expected to cost £33,000,000,000."