The Stagecoach Newcastle 100 service 'Metrocentre Shuttle' utilises a fleet of Enviro 300 vehicles specially bought in 2005 for the service. Recently they lost their dedicated livery and have been running around in a simple version of Stagecoach livery, obviously awaiting some kind of branding.
Well, all is now revealed, Steven Hodgson has kindly sent us the first shots of the new design, seen yesterday in Newcastle on 27509. 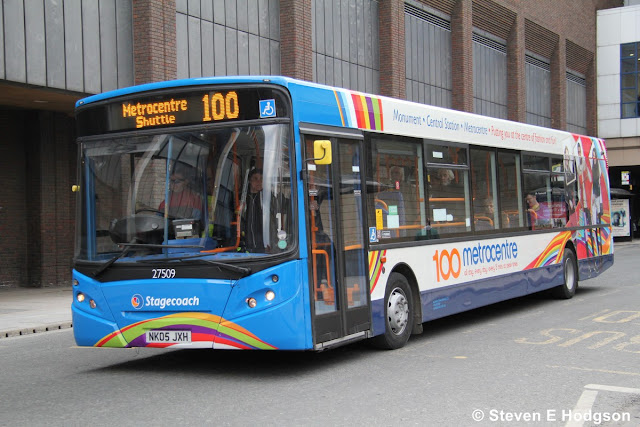 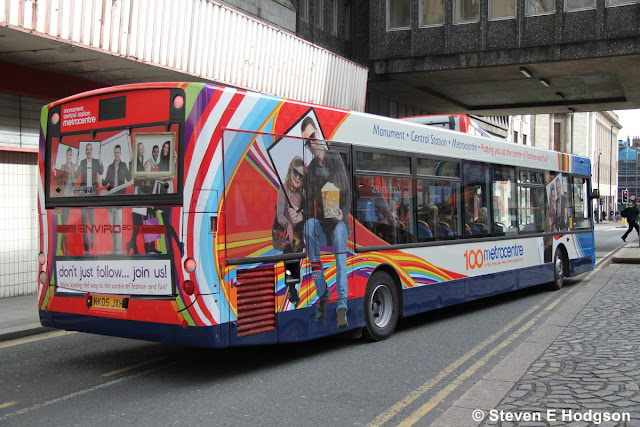 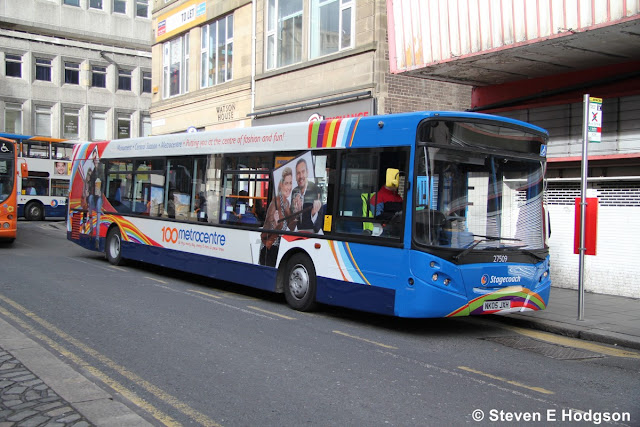 Below. Whilst de-branded, 27506 is seen here in Darras Hall on 4th March 2013, on our local route the X78, a rare occurrence to say the least, the bus having travelled nine miles from Newcastle into the neighbouring county of Northumberland. 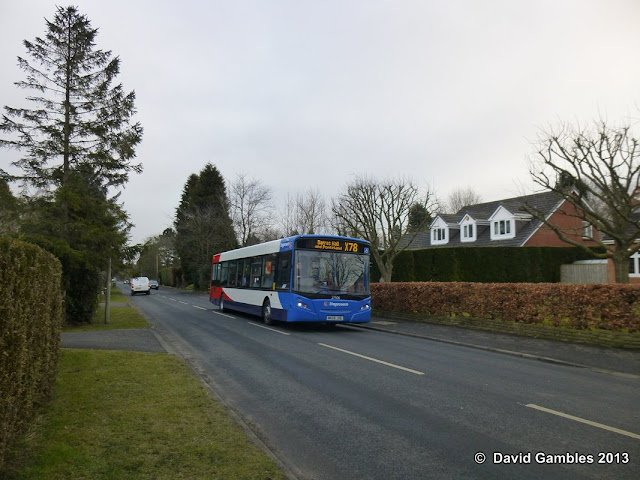 Seen below is 27510 in the previous livery, on Newgate Street, Newcastle, heading for the Newcastle terminus at Blackett Street. One disadvantage of this design is that views through the windows were severely restricted and it felt like you were riding in a van. 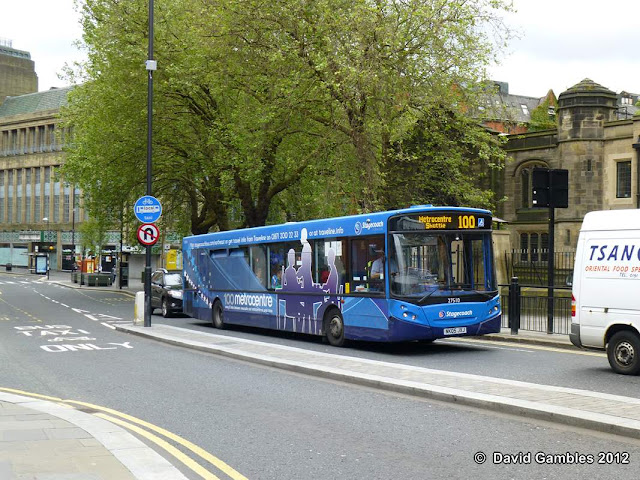