End of the Road for Green Line 757

After 32 years Green Line 757, operated from London Victoria to Luton Airport by Arriva the Shires, will cease serving Luton Airport from 1st May as the Airport Authority has awarded a new concession to operate into the airport to National Express.  It is likely that Arriva will continue to operate between London and Luton Town but inevitably would be at a much reduced frequency. It remains to be seen how NatEx will manage this change.
The current service is operated with sixteen Van Hool Acron tri-axle coaches.

Although this news was known in March it slipped down the editorial list somewhat. However Tony Wilson has sent the following pictures of a 757 vehicle which are too good to miss and we apologise for the late posting. DG 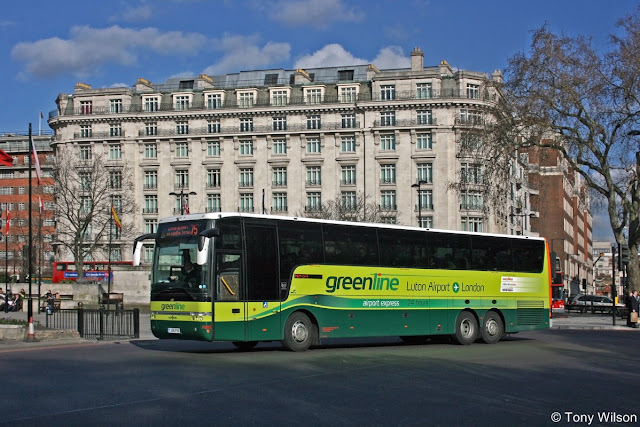 Since posting earlier this morning Tony has sent more pictures of vehicles that have operated on the Luton Airport service, see below.