Now in its sixth year, the Penzance Vintage Bus Running Day is the UK’s most southerly bus event, providing the opportunity to ride on preserved buses and coaches to surrounding towns and villages, such as St.Ives, St.Just, Camborne, Mousehole and Lands End, on a variety of historical routes.  Buses in use ranged from a 1945 Bristol K to more modern Dennis Darts and Leyland Olympians, and many were typical of those used by Western National in Cornwall in days gone by.  Also participating was a Bedford OB and a rare Bedford C4, both still in use with King Harry Coaches of Falmouth. 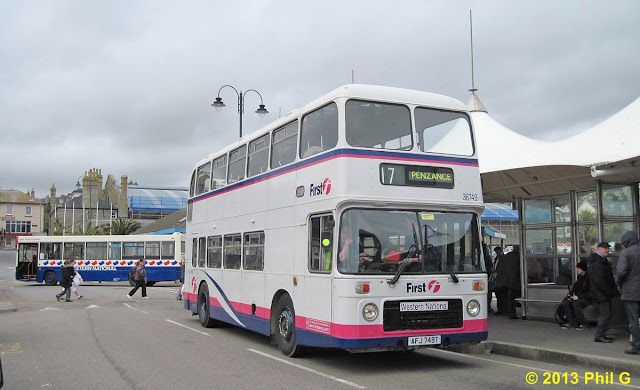 Our thanks to Phil for contributing these photographs, more of which can be found on Focus Flickr.
click here