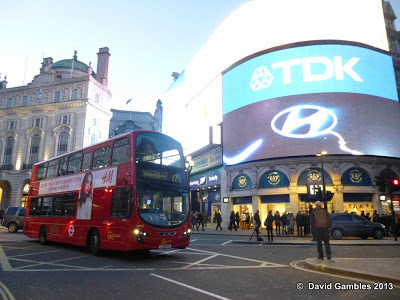 Transport for London (TfL) has successfully bid for £5m from the Department for Transport’s (DfT) Green Bus Fund.  The majority of the money will be used, alongside existing TfL budget, to purchase 90 hybrid buses – that will bolster what is already Europe’s largest fleet of green buses.
Around £360,000 will be used in the purchase of four electric buses.  These single deck buses are entirely powered by electric motors and emit no harmful pollutants.  The buses will be trialled to establish whether the technology can undertake the rigours of operating in the capital.
The DfT’s Green Bus Fund was set up to support bus companies and local authorities to introduce low carbon vehicles that will have a positive effect on the environment.  The money from the Green Bus Fund is used to supplement existing budget and enables companies and local authorities to purchase greener vehicles in place of standard diesel vehicles.
Since the creation of the Green Bus Fund, TfL has been awarded £5m in 2009, £8m in 2010 and £5m in both 2011 and 2012.  This year will see a total of £12m of DfT funding provided across the UK resulting in the introduction of 213 low carbon vehicles – almost half of them in the capital.
Mike Weston, London Buses Operations Director, said: “London buses may be red on the outside but they are increasingly green on the inside.  The capital is leading the way on the introduction and operation of green buses and this has been recognised again this year with further funding from the Green Bus Fund.  We will continue to increase our hybrid bus fleet and will seek, where possible, to trial exciting developments in zero emission electric technology.”
In 2016 there will be more than 1,700 hybrid buses will be in service on the streets of the capital – representing 20 per cent of the total bus fleet (8,500 buses). 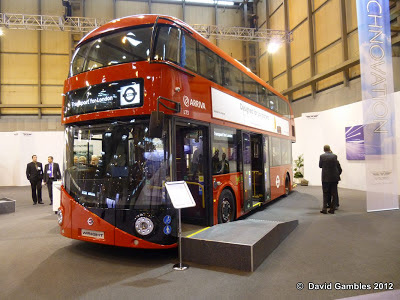 This will include 600 New Bus for London vehicles – that are the greenest diesel electric hybrid bus in the world.  In recent emissions tests a prototype bus, that had been in passenger service for eight months and that had driven more than 15,000 miles, was found to emit a quarter of the NOx and PM of a fleet average hybrid bus and 20 per cent less CO2.  When all 600 New Bus for London vehicles are in service in 2016 it will reduce CO2 emissions in the capital by around 20,600 tonnes a year.
The remaining 1,100 hybrid buses are much cleaner, quieter and more efficient than their conventional diesel-powered counterparts.  Hybrid buses deliver a minimum 30 per cent reduction in carbon dioxide emissions and 30 per cent better fuel economy when compared to conventional diesel buses.
There are plans to trial two electric powered buses on routes 507 and 521.  The trial alongside the four electric buses funded by the Green Bus Fund will help assess whether this technology can cope with the rigors of operating on a busy London route.
The operation of a green bus fleet is one element of a comprehensive set of measures that the Mayor has introduced to tackle air pollution.  Over the past four years the Mayor has tightened the standard of the Low Emission Zone, further reducing the emissions of around 150,000 vehicles.  He has introduced the first age limits to retire the oldest and most polluting taxis; and has delivered a package of innovative local measures through his Clean Air Fund.  The Mayor has also announced plans to introduce an Ultra Low Emission Zone in central London and has tightened the requirements for vehicles to qualify for a hundred per cent discount to the Congestion Charge.