Another DUKW Sinks at Liverpool Docks

Twenty-seven people were treated in hospital after an amphibious tourist craft sank in Liverpool's Albert Dock. The incident is the second sinking involving one of the vessels this year.
The North West Ambulance Service said 31 people including children were on board the craft when it went down just before 16:00 BST. Merseyside Fire and Rescue Service said all passengers had been accounted for. Eighteen people were taken to the Royal Liverpool Hospital but have since been discharged.
The Yellow Duckmarine tour company said it was working with the coastguard and police to establish what had caused the sinking.

All four Yellow Duckmarines were banned from going into water after one sank and passengers had to be moved on to a pontoon on 31 March.

In May, three of the vehicles were declared safe to take to the water again.

In 2012, the Queen had a ride on one of the buses when she visited the region as part of her Diamond Jubilee tour to celebrate 60 years on the throne. 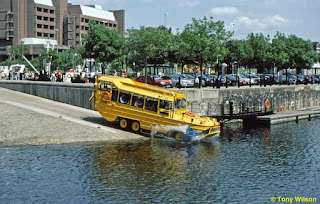 The Mayor of Liverpool Joe Anderson refused to be drawn on the future of the yellow vessels until he knew everybody involved in the latest incident was safe.
He tweeted: "Albert Dock Duck incident, look I will not make any official comment on the future of these ducks until we know people are all OK [and] accounted for." 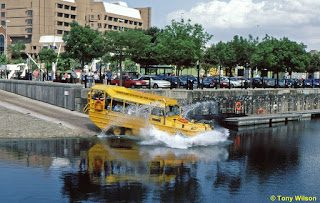 Yellow Duckmarine said the craft had a valid passenger-carrying certificate and has been moved to a secure location following consultation with the Maritime and Coastguard Agency (MCA).
A spokesman said: "Following the incident involving Quacker 1, we are working closely with our regulatory body, the MCA and Merseyside Police. 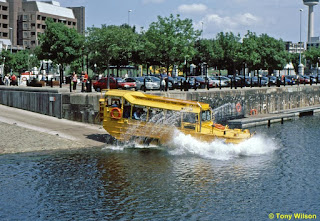 "Our team followed their emergency response procedure, ensuring the safe disembarkation of passengers on board.
"We are pleased that all of the passengers who were taken to hospital as a precaution have now been released." 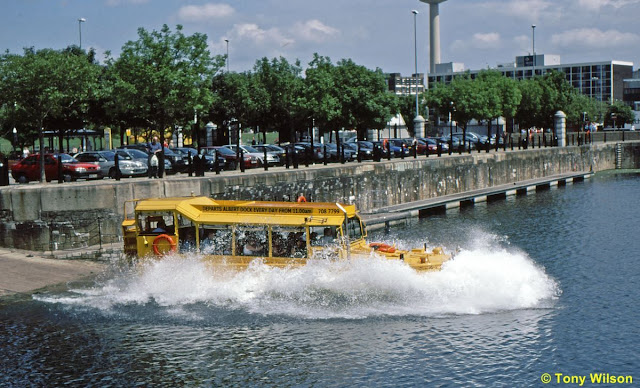