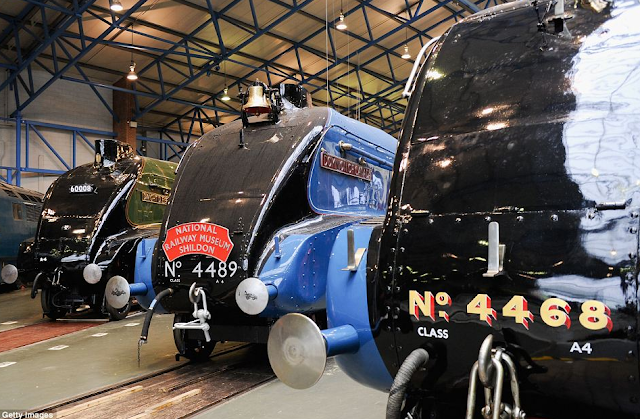 Record-breaking Mallard has been reunited with two of its sister locomotives, the Dominion of Canada and the Dwight D. Eisenhower, to mark 75 years since it became the world's fastest steam engine.
In a scene not witnessed since the Thirties, the three locomotives now sit beside each other restored to their former glory at the National Railway Museum in York.
They are three of six surviving Sir Nigel Gresley-designed A4 locomotives that will be brought together at the museum in the run-up to the anniversary of the Mallard's 126mph record.