351 EDV is a 1961 Western National SUL not preserved and still with a road licence until December this year. It was converted to a mobile home in 1983.
Ken Jones has informed us that this example has been found at a private location near Shoreham and below is a picture of the vehicle taken a few days ago.
The Bristol SU (small underfloor) was a joint venture between Bristol Commercial Vehicles (BCV) and Eastern Coach Works (ECW) for a small capacity coach and bus to replace the Bristol SC.  The SU was produced between 1960 and 1966 .
There were two types of SU produced

The SUL was fitted with a 4.1 litre four cylinder Albion engine and David Brown 5 speed gearbox. 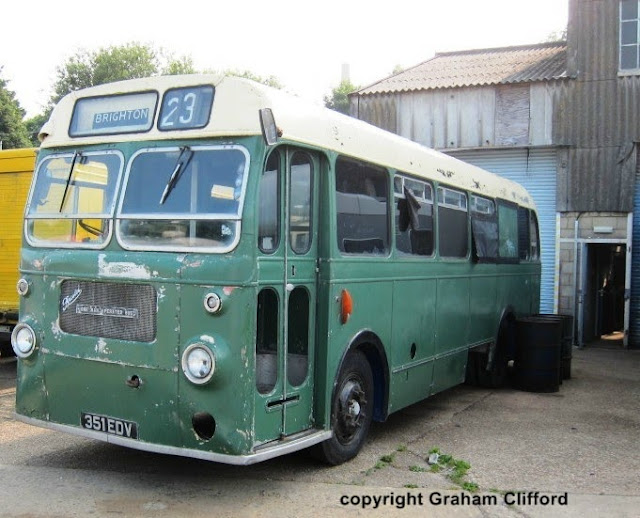