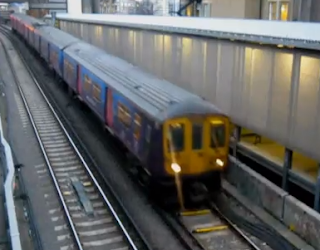 Derby based Bombardier who missed out to a German firm to build trains for the Thameslink project has won a new contract worth £180m.
Bombardier lost out to Siemens in a £1.4bn deal in 2011, prompting job losses at the plant and a major row in parliament.
The train operator Southern now wants Bombardier to supply 116 electric rolling stock vehicles for Thameslink.
The carriages are expected to be delivered in 2015.
The order has the option of an extra 140 vehicles bringing the potential total value up to about £385m.
The decision in 2011 to award Siemens the Thameslink contract, to build 1,200 carriages, sparked huge protests in Derby.
The company, which employed 3,000 people at the time, cut 1,400 jobs at the plant.
Unions and opposition politicians called for the government to review its decision.