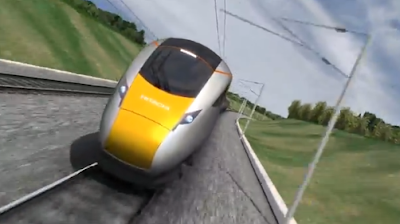 A £1.2bn deal to build new UK trains has been won by Hitachi Rail Europe.
The firm will build 270 carriages at a new factory in Newton Aycliffe, County Durham, which will start production in 2016.
The carriages are part of the class 800 series and will go into operation on the East Coast Main Line from 2019.
Last year, the government agreed an initial order for 596 carriages with Agility Trains, a consortium of Hitachi and British project manager John Laing. 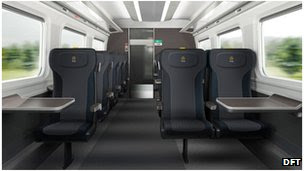 Transport Secretary Patrick McLoughlin said: "This new order for class 800 series trains is part of the government's commitment to invest in our nation's infrastructure".

The current East Coast mainline service  uses Inter-City 225 sets, built in the late 1980s, which consist of a class 91 locomotive, a rake of nine Mark IV coaches, and a driving van trailer (DVT) at the other end. They were last refurbished between 2001 and 2006 by HSBC Rail, the then owners, so the interiors are around ten years old.

Thursday's order is part of Britain's £5.8bn programme, launched in 2005, to replace the class 91's.
In total the new fleet will comprise 122 complete train sets and will have more seats and wider aisles than current models.
The trains are capable of running at up to 140mph (225kmph), but to run at that speed lines and signals will need upgrading.