Ken Jones visited York and has sent us these pictures, which show Dominion of Canada and Dwight D Eisenower in a slightly less crowded scene. The two engines are on loan from Canada and the USA
The display of six A4's was open until 17th July, but there will be a second opportunity to see the locos in York from 26th October to 8th November and then a final chance from 15th to 23rd Febuary 2014 at Locomotion in Shildon, Co Durham.
Here's a link to a You Tube video showing Mallard arriving in the hall and being positioned alongside the other A4's.

Further details any other associated events can be found at the following
http://www.nrm.org.uk/PlanaVisit/Events/mallard75.aspx 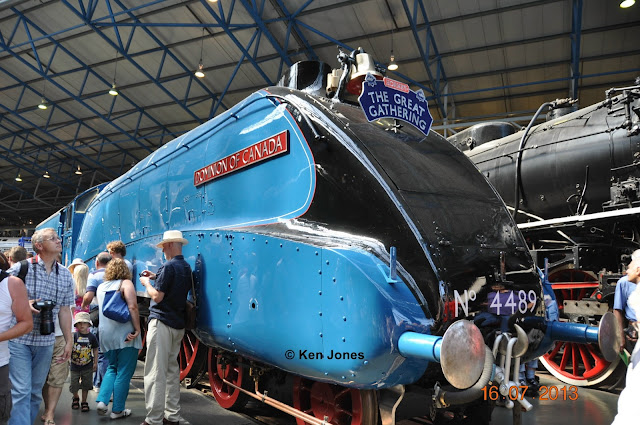 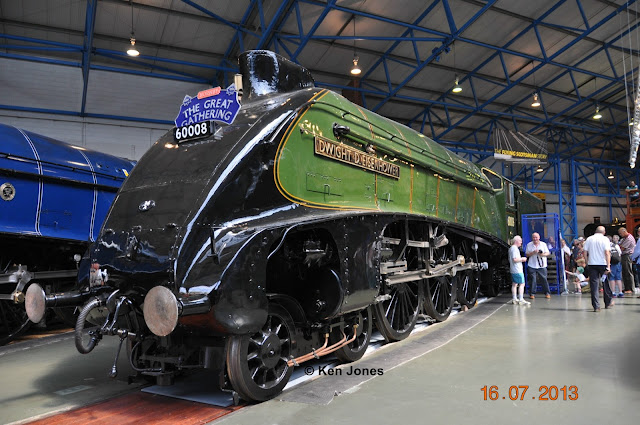