At the behest of his long-suffering wife (oh really), Focus Transport contributor Tony Wilson and Mrs.W made a visit on Wednesday to the National Railway Museum at York in order to view the line-up of the six gathered A4 Pacific locos.

Into the Great Hall by 10.15am and the A4s were duly arranged around the turntable. They made a splendid sight and one was allowed to walk up, feel them, get pictured beside them and also able to get up into the respective cabs.
There is absolutely no hope of any decent images as the museum's policy is for Joe Public be able to get up close and personal with the engines, as is illustrated by the attached images. But just being in the presence of six such fine examples of British engineering was reward enough.
Be warned. Get there as early as possible. Within an hour waiting time was 2-hours and rising with visitors advised to come back later in the day, such was the interest.
The current viewing is on until the 17th July, but there will be a second opportunity from 26th October to 8th November.
Further details any other associated events can be found at the following
http://www.nrm.org.uk/PlanaVisit/Events/mallard75.aspx 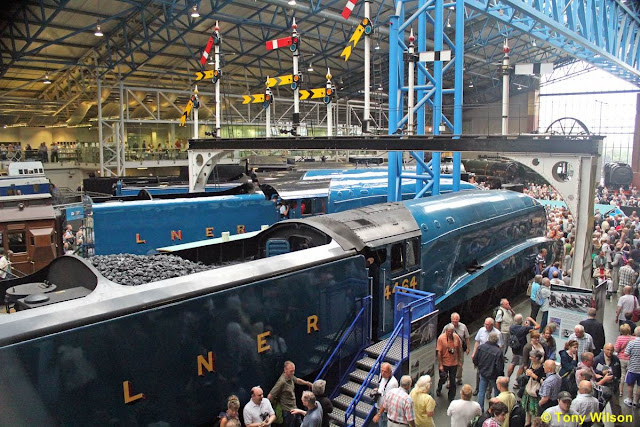 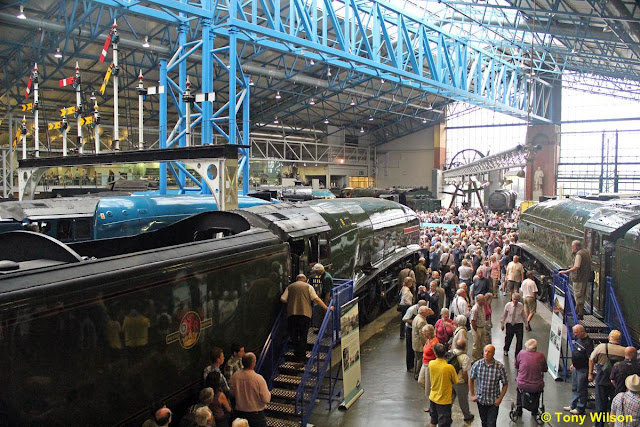 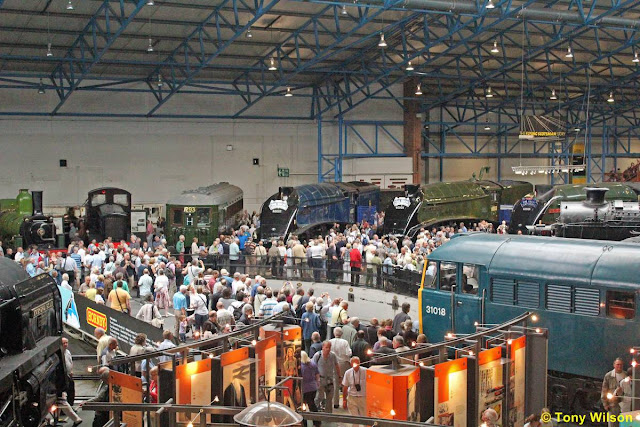 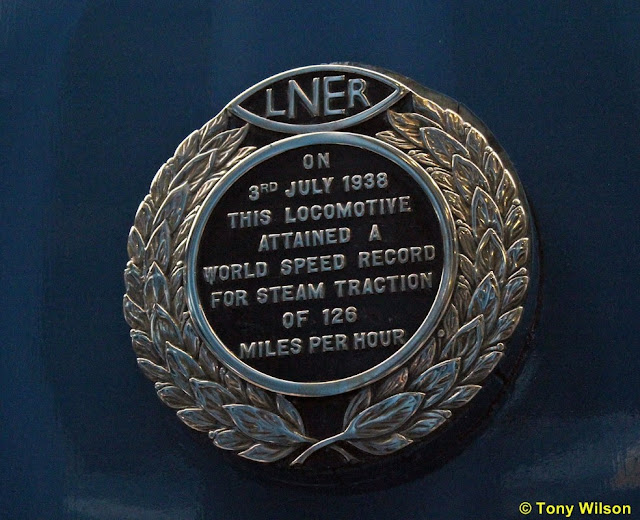 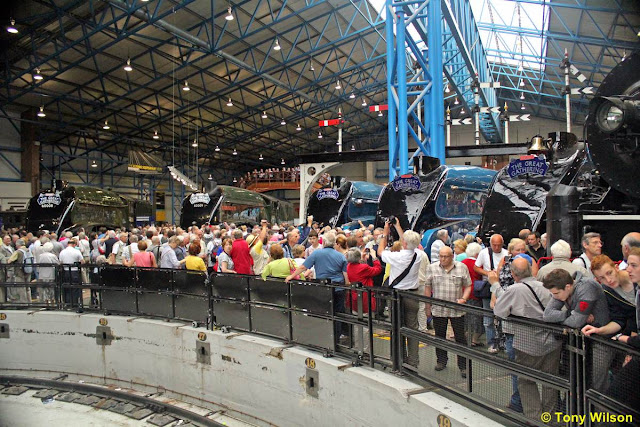 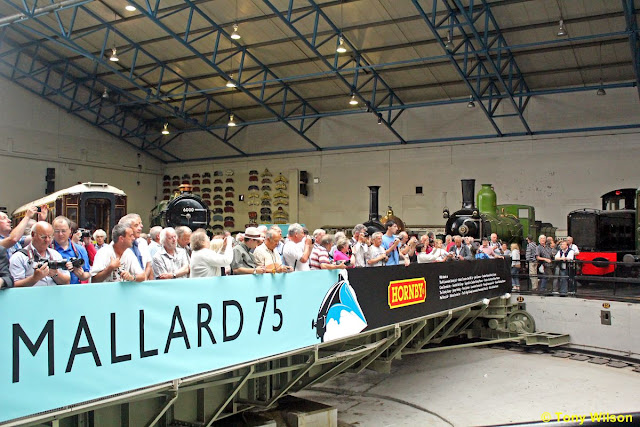