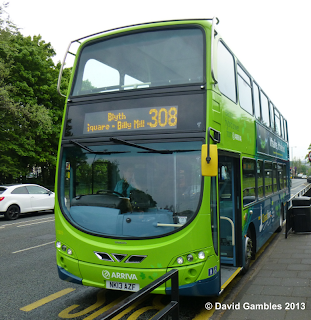 The Sunderland-headquartered firm, which became the largest international passenger transport operator in Central and Eastern Europe last month, said its EBITDA (earnings before interest, tax, depreciation and amortisation) for the year to December 31, 2012, soared from €325m (£276m) to €425m (£361m).
Last year saw it win 11 contracts, extensions and acquisitions across five countries, bringing in around 6,300 new employees, and adding 1,200 buses, 127 trains and 375 cars and ambulances, meaning it now employs around 56,000 staff.
The company said all five of its UK rail businesses achieved improvements in overall passenger satisfaction in the latest National Rail Passenger Survey and overall customer satisfaction at Arriva UK Bus reached an all-time high of 93%.
The Group order book is worth €18.5bn (£15.7bn) which spans 15 years and reflects continued growth in mainland Europe.
CEO David Martin said: “2012 has been another year of continued growth and development. We’ve strengthened our leadership positions in key established markets, including Sweden, the Netherlands, Denmark and the UK, at the same time as building up our presence in newer markets including Hungary, and more recently across Central and Eastern Europe where we are now the largest international passenger transport operator. 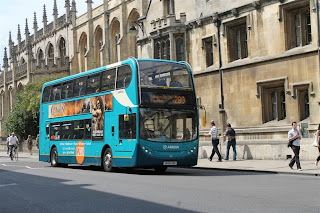 “Looking forward, the opportunities present in passenger transport markets in Europe and beyond are tremendous, and our experience and capability provide Arriva with a unique opportunity.
“We have a strong track record of delivering positive returns to shareholders, and bringing real value to tendering authorities, helping to transform the way in which passenger transport is delivered.
“We continue to explore and selectively enter adjacent markets, such as patient transport and open access rail, where we can bring our expertise to bear. To achieve this we continue to actively pursue a blend of further acquisitions and contract wins, while retaining and growing our existing businesses through organic expansion.”
Last month the company became the largest international passenger transport operator in Central and Eastern Europe following the acquisition of Veolia Transport Central Europe (VTCE) by its parent company Deutsche Bahn.
Arriva is responsible for Deutsche Bahn’s regional passenger transport services outside Germany and is focused on achieving organic, acquisitive and contractual growth in passenger transport markets across Europe. The cost of the acquisition has not been disclosed but VTCE annual revenues for 2012 were £213.9m.