45th Anniversary of End of Steam

We welcome a new contributor to the Focus Blog. Alan Castle has kindly sent us these excellent pictures taken last weekend at the East Lancs Railway.

In August 1968, the last British Rail operated steam train ran on the national network. To celebrate the 45th
anniversary of the end of BR steam, the East Lancashire Railway, in collaboration with Steam Railway magazine, has honoured this milestone by repeating that legendary ‘1T57 Fifteen Guinea Special’ run of August 11th 1968.
The one-off gala weekend at the ELR on Saturday 27th – Sunday 28th July 2013 saw ‘Britannia’ Pacific 70013 Oliver Cromwell* (by kind permission of the National Railway Museum
and the 5305 Locomotive Association) headlining a special 1968 themed event with other guest locomotives from that year.
One of the weekend’s highlights was the re-enactment of the 1T57 special and the ELR went one better than previous re-runs by assembling a train of appropriate Mark 1 rolling stock in the correct livery and formation – the transitional combination of three maroon and seven blue/grey Mk 1 coaches.
The East Lancashire Railway has in its possession the only two remaining coaches from the original train 1T57: Mk 1 TSOs, Nos. M4933*and M4937* which have been re-painted back to their blue/grey livery as carried in 1968. 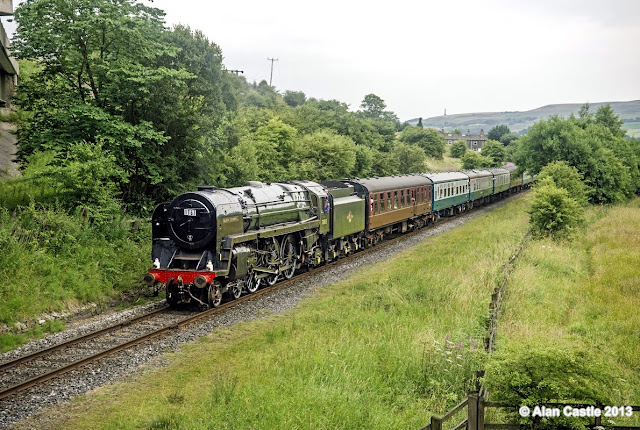 With 70013 currently due for overhaul before the 50th anniversary comes around, this might be the last chance for some time to re-enact that sad day that many remember. 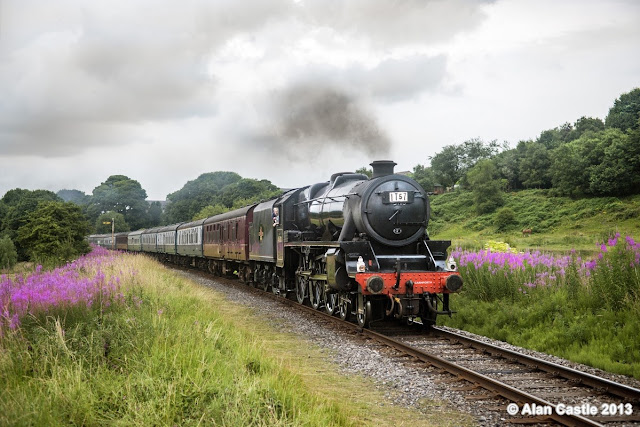 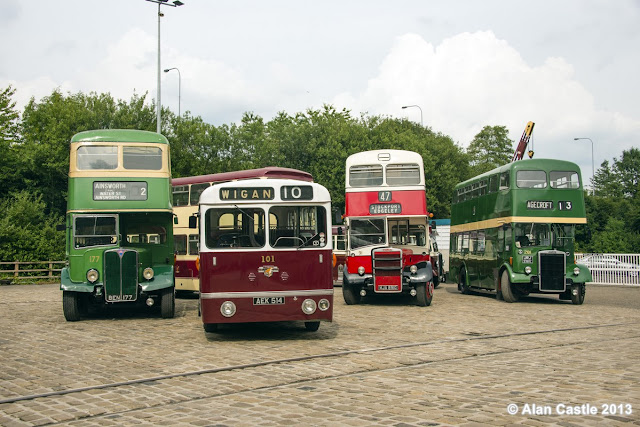 Bury Station is adjacent to the Transport Museum. Alan took these shots of vehicles parked outside the museum buildings. 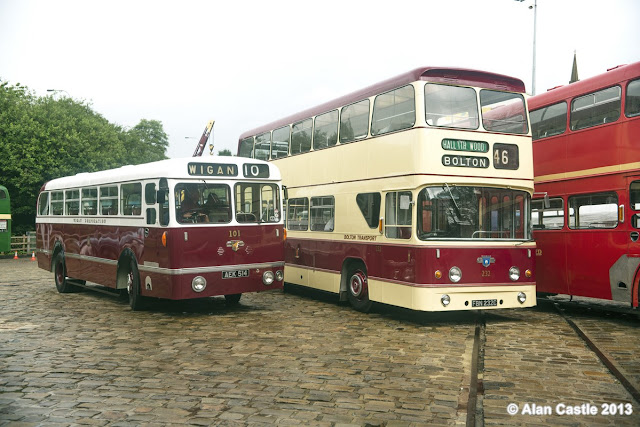