A Stranger in the Peak

The August summertime jaunt by Chesterfield bus enthusiasts was with something quite different. The vehicle used was a Dennis PAX, one of two supplied in 1968 to Llandudno DC and duly made the Great Orme one of its regular haunts. All 33 seats were filled on the trip and the vehicle journeyed to a small restored quarry railway at Steeple Grange near Wirksworth.
This required the bus to travel from Chesterfield along the route of the X17 to Matlock and the 6 via Matlock Bath and Cromford, and anyone who knows the area will appreciate this took in several challenging ascents and descents. 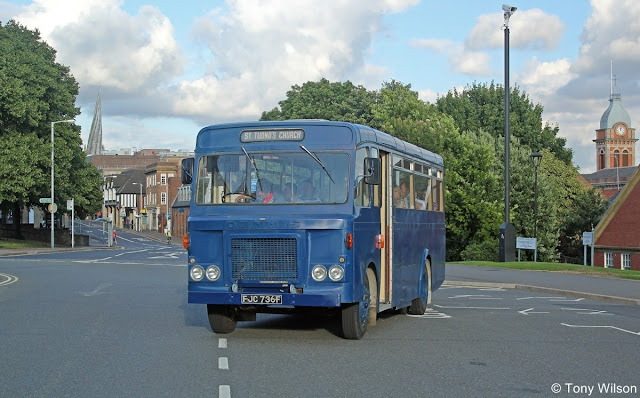 Here the bus is shown outside the town hall about to depart from Chesterfield, with the Spire church steeple and the market hall as background. 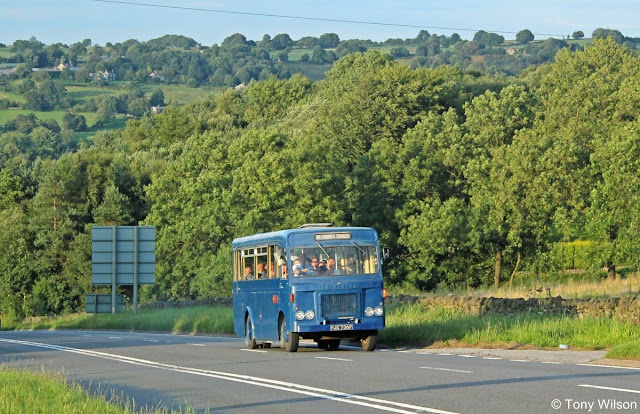 Amongst the ascents was the infamous Slack Hill. Actually the vehicle crawled so slow up the hill one was able to walk ahead and get several images. Rather bizarre. Incidentally the vehicle still had a blind inserted that read "St Tudno's Church", from the Orme days, and the bus probably felt a bit at home with the steep climbs. 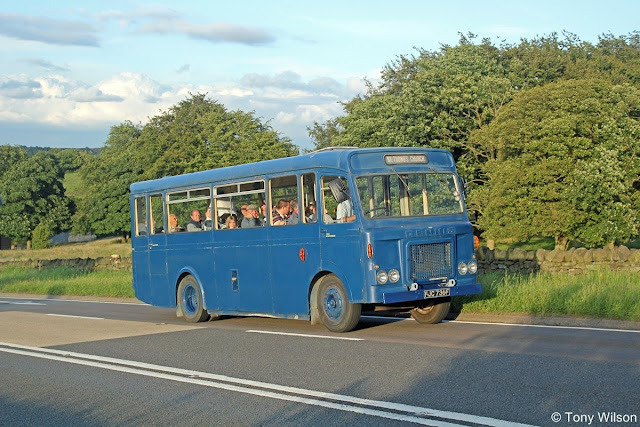 ﻿
But the vehicle coped admirably and duly returned the passengers back from whence they had come. And all credit goes to the crew for whom the bus must have been something of a challenge itself, let alone the hills. Smiling faces look out from inside the bus, or were they grimaces?

The bus is now apparently unique inasmuch that the other one built (FJC 737F), has gone to the great bus garage in the sky.

However, the surviving bus (FJC 736F), was no stranger to Chesterfield. Back in the mid 90s there was a mini bus war (not a minibus war), in the town between Chesterfield Transport and incomer Peakbus. The latter used anything and everything it could get its hands on and provided an interesting period in Chesterfield's transport history, albeit short-lived. 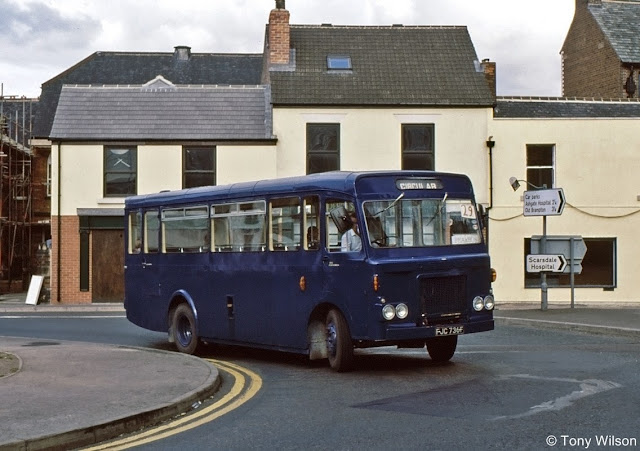 The PAX was hired in for a few weeks and known locally in a variety of terms. Here the bus was seen as it circumnavigated the Holywell Cross roundabout in September 1995 as it returned to the town centre from the Newbold area on the northern outskirts. Suffice to say the Dennis company based at Guildford in Surrey had a variety of vehicles in production at the same time, that included fire engines and dust carts.