Electric trains could soon be serving destinations in the heart of the Lake District as Transport Secretary Patrick McLoughlin unveiled his plans to electrify the Windermere branch line in Cumbria. 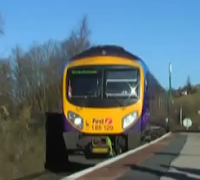 The government is keen for the 10 miles of track, which runs between Oxenholme Lake District station on the West Coast Main Line and Windermere station in the National Park, to be converted to allow electric trains to run on the route.
Once the proposed £16 million scheme is agreed faster, greener more reliable electric trains could link Kendal, Burneside and Staveley directly to Manchester by 2016.
Transport Secretary Patrick McLoughlin: said
"This is a key line to one of the most important tourist areas in the UK and I believe the rail industry has a role in making sure more people can travel comfortably to enjoy the beautiful lakes
I recognise that strong rail links across the country are important drivers in our economic recovery at a national and regional level that is why we are pushing ahead with the biggest programmes of rail electrification ever."
Last year the government announced the biggest programme of rail electrification ever including plans electrifying Manchester to Liverpool and Manchester to Bolton routes by 2016.
Subject to the business case confirming the project provides good value for money, Network Rail will be asked to undertake the work in conjunction with other North West rail electrification projects.
Network Rail will be responsible for completing the work and will develop detailed plans in conjunction with the passenger train operators that use the line and the local authorities along the route.
The rail industry recognises the importance of the National Park environment and the value of visitors using the railway and these factors will be taken into account in the electrification plans and works.
A new timetable will be considered as part of the new Northern and Transpennine franchises, both of which will commence in February 2016.