Despite being an early motorbus user, Rotherham's first one was a Sheffield bus, their first, Dennis number 1. On February 4th 1913 it gave a demonstration to Rotherham and the transport committee chairman Alderman D. L. Winter professed that it had "certainly surpassed my expectations" which must have been a touch embarrassing as he had just authorised the introduction of trolleybuses.
So, it came to pass that on July 26 1913, Rotherham introduced its own motorbuses, three Dennis CCs with Brush 34 seat open top bodies. Unlike Sheffield and many others, these were not tram feeders having their own whole route linking the town centre with Thorpe Hesley. After WW I a mix of trolley and motorbuses replaced the trams. A dynamic manager, Tom Sykes was appointed in 1919 and favoured frequent high speed services and felt centre doors achieved this. For many years Rotherham was associated with this design some lasting until the late 1960s. A blue and cream livery was introduced believed to be based on Bradford from where rolling stock superintendent H.B. Sharp arrived in 1919. After WW II they turned to double decks. In the late 60's the livery was amended, then the fleet was swallowed up into South Yorkshire PTE in 1974. 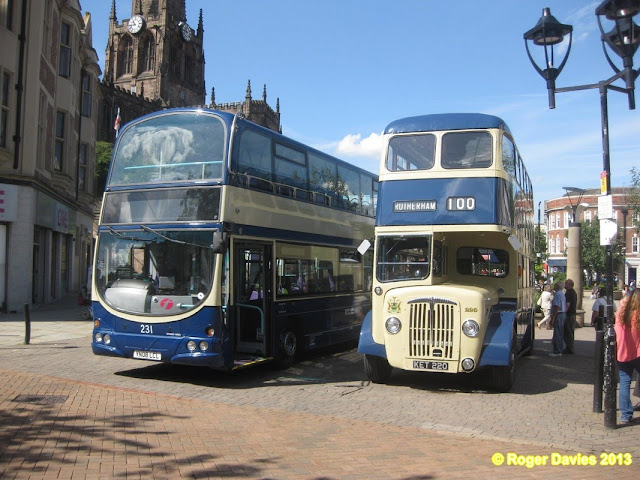 Rotherham's successor, First have chosen the later livery to adorn a Wright Volvo to commemorate the centenary and on July 26 2013 it was  launched with David Taylor's immaculate 1954 Weymann bodied Daimler CVG6 in All Saints Sq before taking the Mayor, dignitaries and staff past and present on a run to Thorpe Hesley.A new Streetlite was also provided.
The Volvo, bearing the number 231 is another product of the paint team at Rotherham depot who gave us the Sheffield buses and will be bringing a Doncaster one along later in the year.  Their pride in their work is self evident and the buses stirred many memories amongst locals.
Details of where the buses can be seen are on First South Yorkshire's website and, a date for your diary, Rotherham depot open day, May 10 2014. 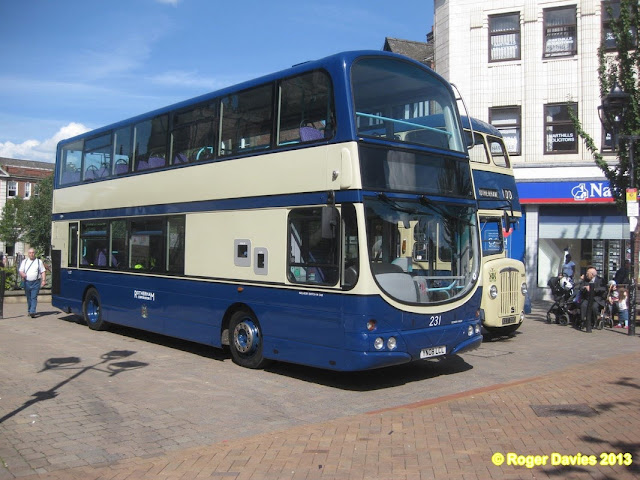 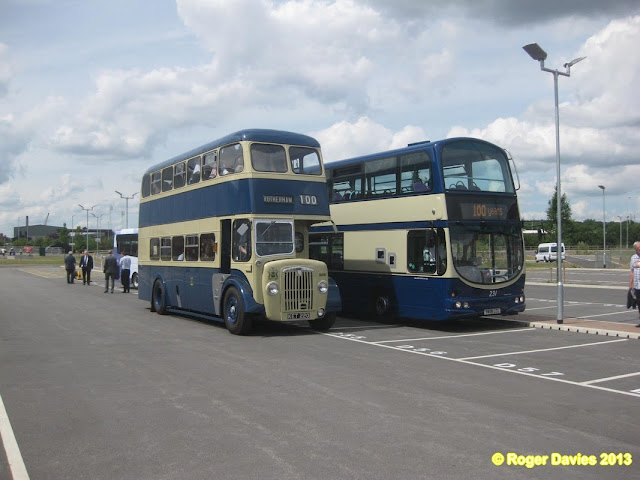 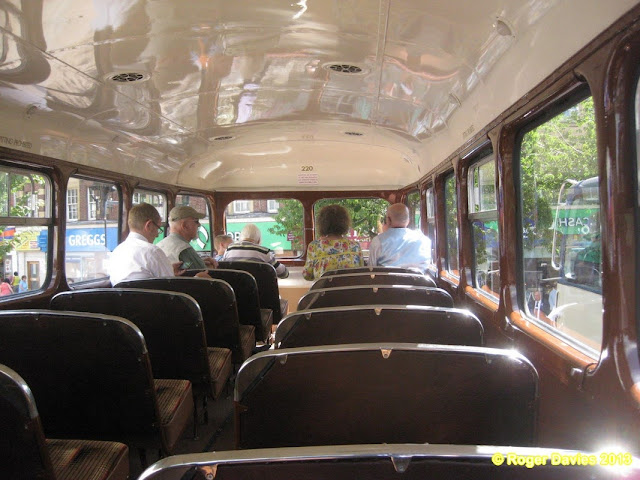 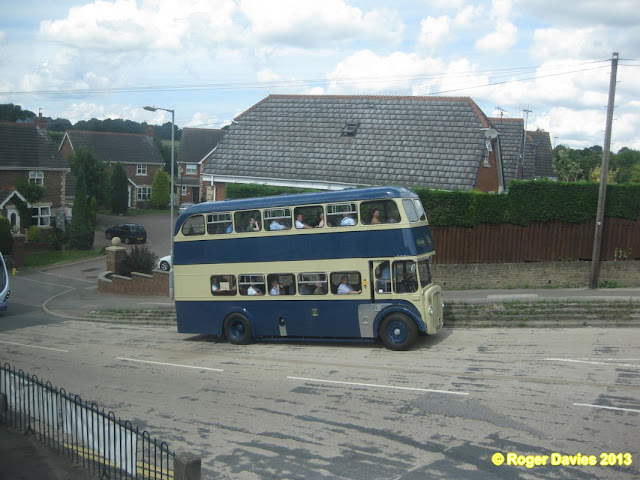