FirstGroup plc has announced that First Manchester Limited, a wholly owned indirect subsidiary of the Group, has agreed to acquire the Manchester bus business from Finglands Coachways Limited for a consideration of £50,000. 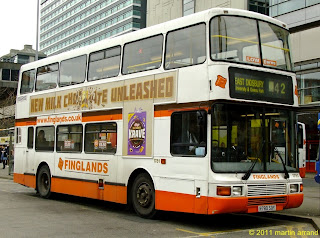 The acquisition of Finglands, which operates a number of commercial bus services and school contracts to the South and East of Manchester, is subject to Office of Fair Trading (OFT) clearance and, if approved, is expected to be completed during autumn this year. The bus business saw unaudited revenues of £3.8m for the year ending December 2012.
The acquisition includes the lease of the existing depot in Rusholme, existing service registrations and the transfer of approximately 100 employees. The fleet of 41 vehicles are not included in the sale although some may be used in the short term to meet current service commitments before new vehicles are introduced. The sale excludes the Finglands coach business.

The acquisition allows First Manchester to expand its successful bus operations in the region. First Manchester currently operates around 700 buses and employs 2000 people. In the past 12 months First has lowered a number of its fares in the Greater Manchester region by around 30% and saw
passenger volume growth of around 8% in the three months between April and June. 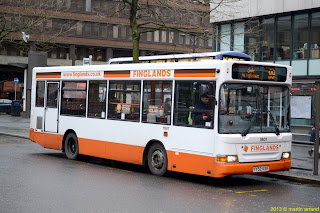 Commenting, Regional Managing Director for First in the North of England, Dave Alexander said:
“This acquisition demonstrates our commitment to Greater Manchester and represents an excellent opportunity to further grow bus passenger volumes. It reflects our strategy of focusing on those areas that offer the greatest potential for growth and will allow us to improve bus networks for the communities we serve. We are looking forward, subject to OFT clearance, to welcoming our new colleagues to FirstGroup.”