The doomed bendy buses decommissioned by London Mayor Boris Johnson and shipped to Malta have been taken off the roads by the Maltese government after three burst into flames in as many days.

The fleet of 68 of the so-called “chariots of fire” have been temporarily suspended while an investigation into the causes of the blazes is carried out.
So far this year nine bendy buses have caught fire, with Malta’s transport ministry instructing operator Arriva to remove the unpopular vehicles.
No-one has been injured, but the incidents have prompted a barrage of complaints from the public already angered that the 18-metre buses have been brought in to negotiate Malta’s narrow and winding historic roads.
The Maltese fleet was bought from London in 2011 after being phased out by the Mayor who replaced them with a new-generation Routemaster.
They had a chequered history in the capital, with a number of fires breaking out and cyclists complaining they were unsafe for other road users.
Decommissioning the vehicles, Mr Johnson said: “These writhing whales of the road have swung their hefty rear ends round our corners for the final time.”
In a statement, Arriva said: “The safety of our passengers, employees and vehicles is central to our operations. To have incidents occur so closely together is extremely rare and as a result we are taking the precautionary step of bringing our vehicles in for a series of checks before returning them into active service.
“While these checks take place we have appointed another transport operator to support the delivery of day-to-day services and reduce the impact for our customers. We are ensuring that all routes are covered. We apologise for the disruption but ask passengers to bear with us while we conclude these important checks. We would like to reassure them that we are looking to resolve the disruption as soon as possible.”
Arriva said it expects it to take up to five weeks for all vehicles to be checked. 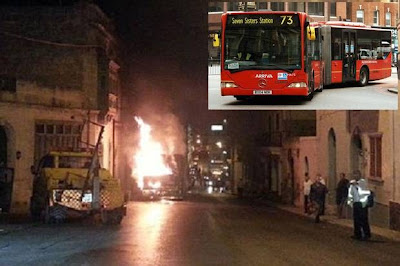