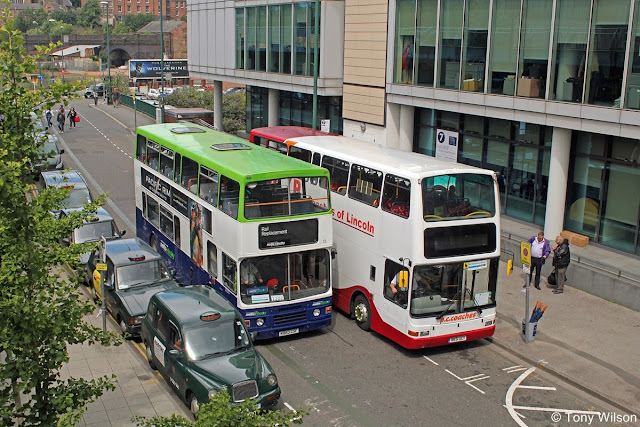 Double-deck buses and taxicabs jostled for road space in Nottingham during the planned closure of the main railway station for around six weeks over the school summer holiday period. As already posted here replacement bus services operated from Nottingham ostensibly to Alfreton, Beeston, Derby, East Midlands Parkway, Grantham, Langley Mill, Newark and along the length of the Robin Hood Line through Mansfield to Worksop.
Incoming buses all dropped off their passengers at Queens Road on the south side of the station, whilst departures were mostly from Station Street with some from Trent Street on the north side of the station.
Maps, diagrams and posters were in evidence around the area, along with customer assistants to help passengers and guide them to their respective bus services as illustrated below. 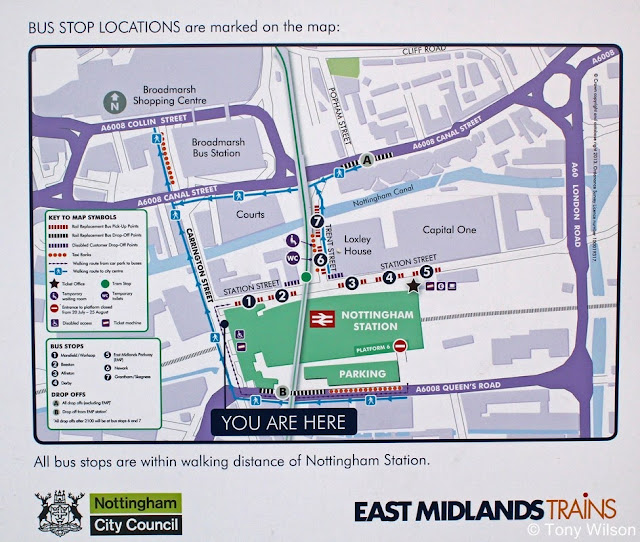 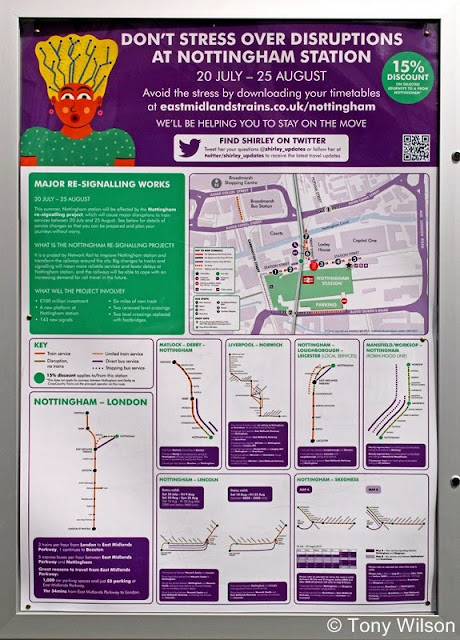 Three examples of the publicity prolific around the area 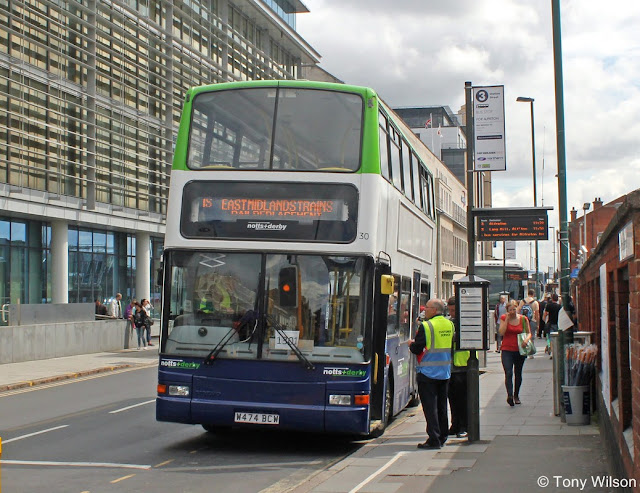 A customer assistant and bus inspector consult with the driver of this Plaxton President bodied Volvo B7TL operated by the Notts & Derby subsidiary of Wellglade in the departure area at Station Street. Number 30 in the fleet retained the dual-door configuration from its days when originally employed by the London United company on a variety of Transport for London contracted bus routes. 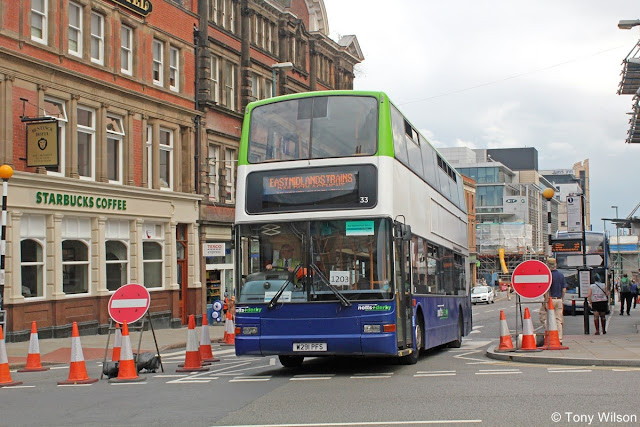 A similar combination of Volvo and Plaxton appeared here but this time from the Scottish capital city, on a former Lothian Buses vehicle, one of five supplied in 2000. In this case though the vehicle was single-door, one bay longer and featured gasket window style. Here number 33 turned out of Station Street into Carrington Street as it set off to East Midlands Parkway. 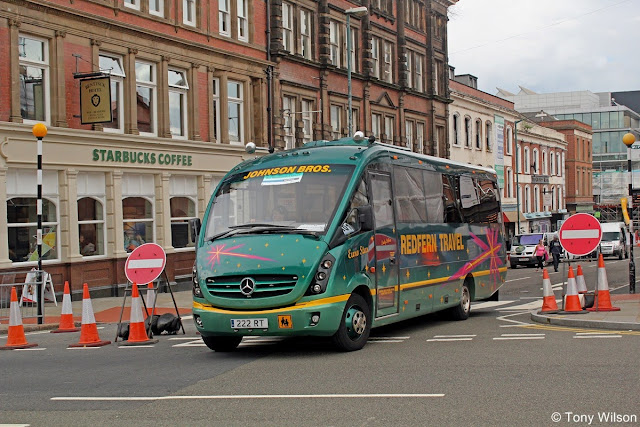 At the same location but a quite different vehicle. Johnson Brothers subsidiary Redfern Travel supplied a variety of vehicles, which included this Mercedes-Benz high specification midi-coach. Variety was certainly the watchword as illustrated by the following trio of coaches. 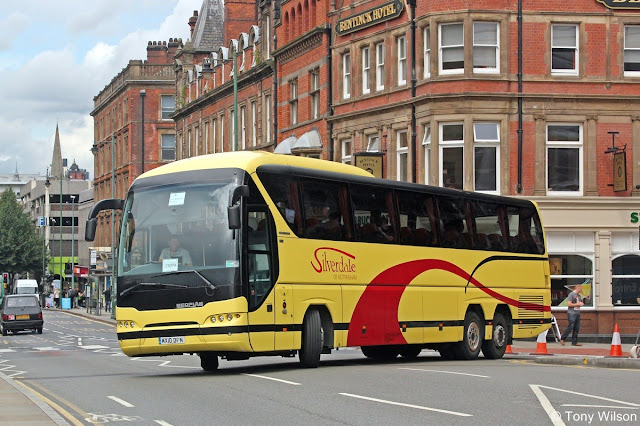 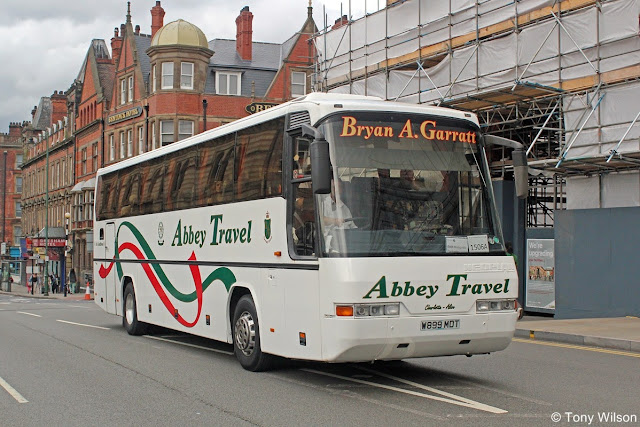 Another local area operator Abbey Travel, another Neoplan, but this time a MAN version 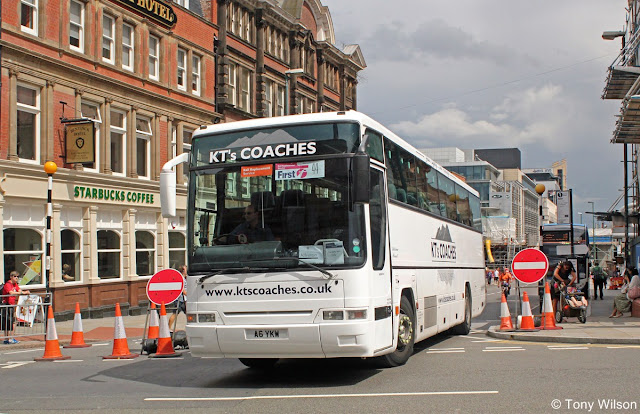 Whilst the two previous coaches were from locally based operators, this Plaxton bodied coach was probably one sourced from the furthest distance. KTs Coaches a firm based in Kendal, Cumbria supplied several coaches, one shown here at Station Street bound for Langley Mill under the auspices of First. 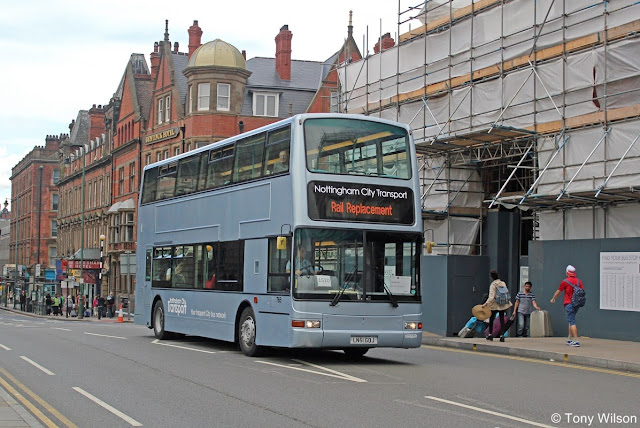 With the railway station 'gift-wrapped' by the contractors, one of several former London area operated Dennis Tridents passed by the main passenger entrance in Carrington Street. This Plaxton President bodied bus by now with Nottingham City Transport, had by now received a silver grey livery as it headed out towards East Midlands Parkway. One of the large information signs can be observed on the hoarding in front of the station as passengers pass by. 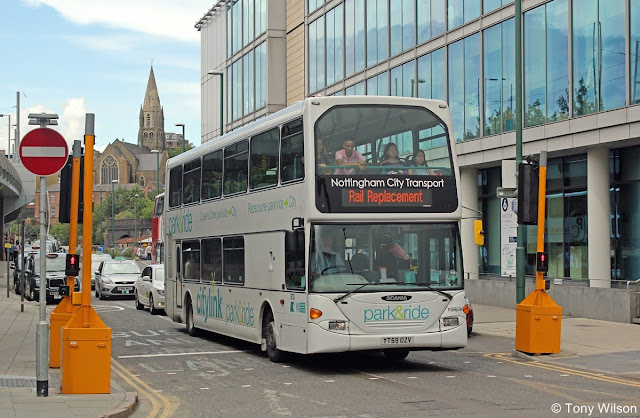 Another double-decker from Nottingham City Transport one of a huge fleet of Scania OmniDekkas supplied new over recent years. Number 965 usually dedicated to the city's park&ride network passed along Trent Street towards the junction with Station Street. 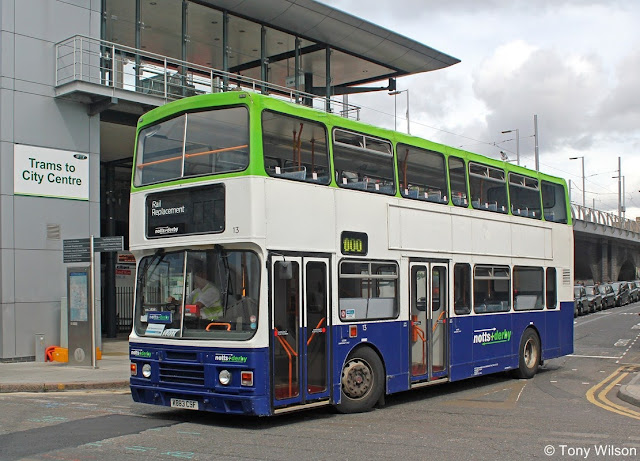 Notts & Derby number 13 was another double-decker that was sourced from the Lothian Buses fleet in Edinburgh. This time though an earlier step-entrance version in the shape of the Olympian/Alexander combination. The Nottingham tram system infrastructure can be observed as the background, with major works in progress to extend the network out over the railway station to the south west extremities of the city. 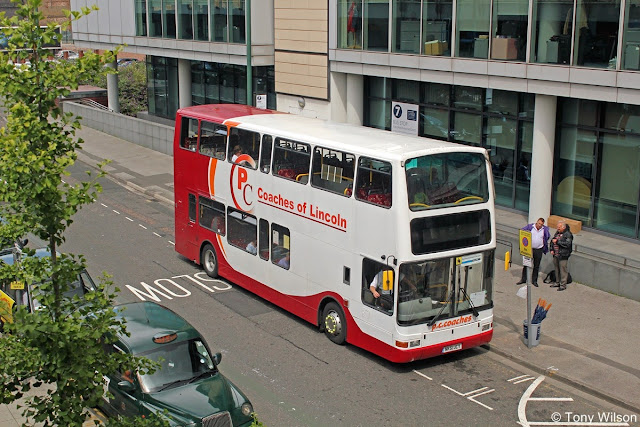 Another low-floor Plaxton President bodied Dennis Trident, this time one with PC Coaches from Lincoln, waited time on the stands in Trent Street before it transported passengers out to Newark. The bus was originally one of fifteen supplied to Go-Ahead Northern.


So what was all this rail replacement service about? 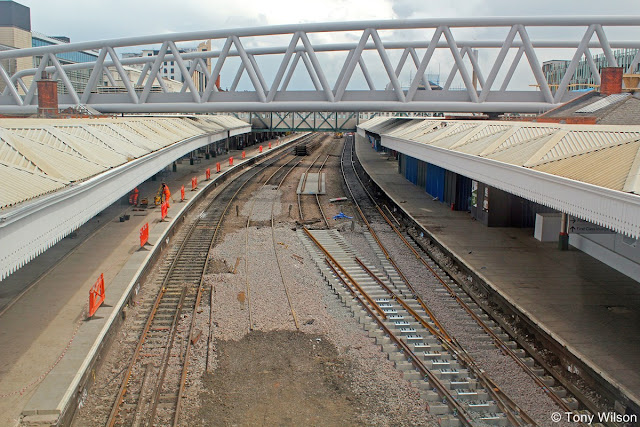 Part of the closure was due to the re-laying and re-alignment of around one mile of track. Note also the large modern bridge structure across the the lines and platforms. This is in relation to the southern extensions of the Nottingham tram network. 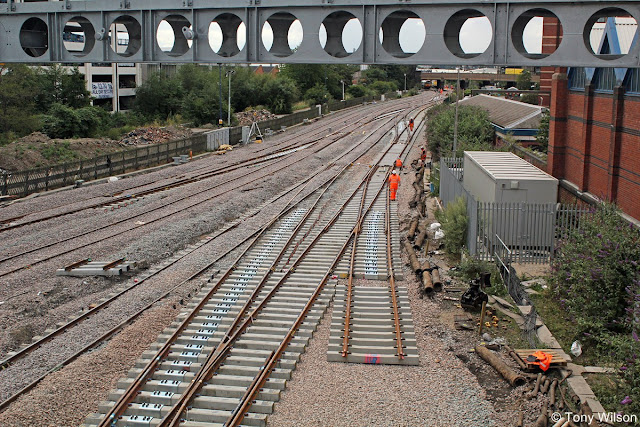 As well as the line changes six miles of signalling was in the process of upgrade and attention.

And finally, once again the first part of the rail replacement services can be found here