On a recent jaunt, Roger Davies took quite a few trains on the UK railways system. Here's a pictorial record with Roger's thoughts. 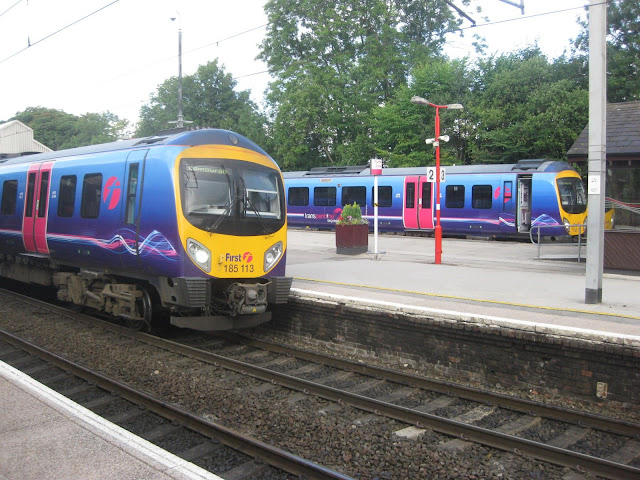 Two 185s at Oxenholme (The Lake District), lots of folk ask "Where's Lake Oxenholme?" Next year, the one on the left going to Edinburgh will be electric. Already there's agitation for the one on the right on the Windermere branch to go that way too. But £18 million on a line we already subsidise by £2 per passenger mile and only carries 500,000 passengers a year, many local schoolkids, just to make the railways life easier? We could have A&E and radiotherapy at our local hospital for that and just think of what it would do for bus services. 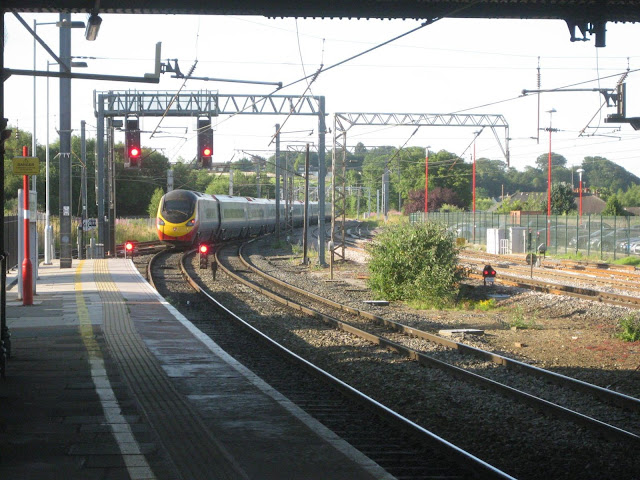 My 11 car Pendo leaves Lancaster, I muse it'll be in London before I reach Rotherham. 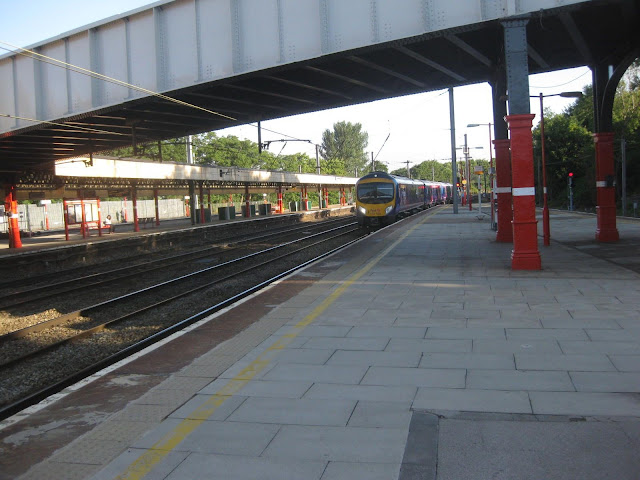 The 185 for Manchester arrives, its overall advert telling me Liverpool is the European city of culture in 2008. It passed through Oxenholme without stopping 10 minutes after I left. If we had sensible stopping patterns on the WCML instead of stupid Victorian ones, I could have been on it already, saving me hassle and not taking up space on the London train. 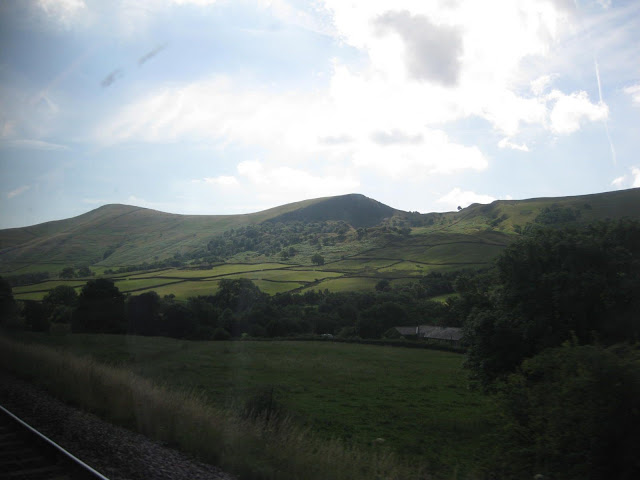 My Manchester Cleethorpes goes via the delightful Hope Valley. Train fans say one of the joys of rail travel is you can enjoy the views. I look around. Everyone else is on PCs or ipads, phones, reading or dozing with bits of electric cable dangling from their ears. 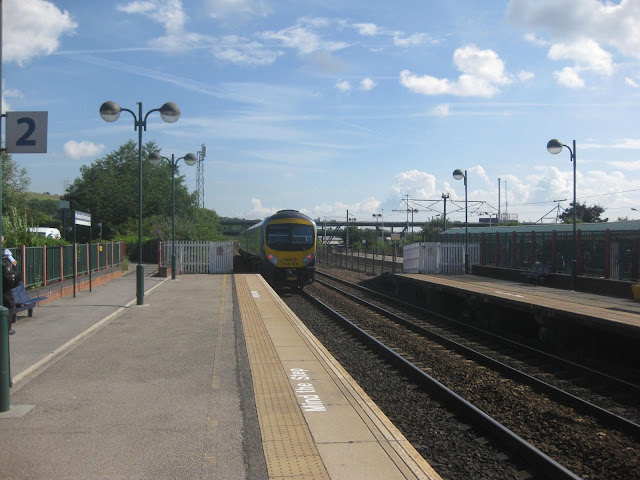 I'm due to change at Meadowhall. The run from Sheffield used to be one of high drama, with blast furnace galore. Today there's but one and its a leafy ride. But C. F Booths scrap metal business still thrives, a story there. Supertram overhead and the iconic M1 Tinsley viaduct are behind my seaside bound train. 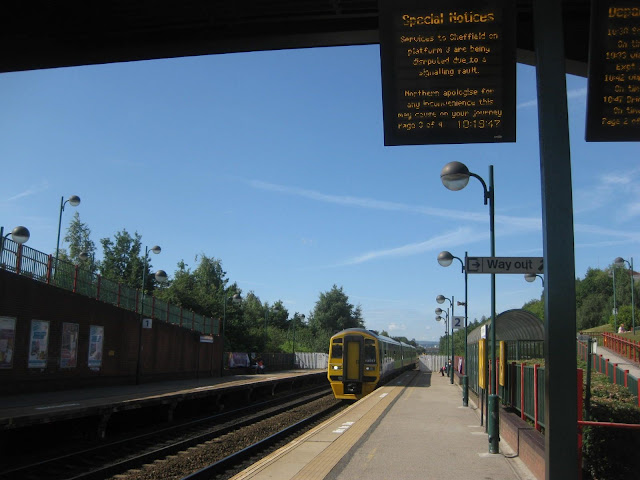 The Rotherham bound 158 arrives, this had by far the most comfy seats of any of the trains, legroom was a bit limited though. 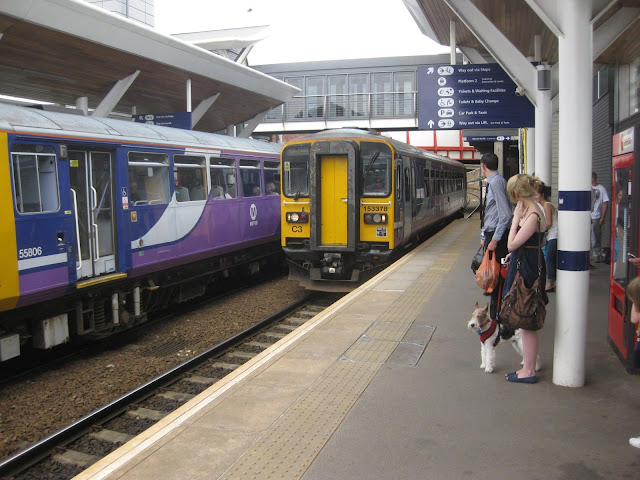 My single car 153 for Sheffield arrives in Rotherham Central around 1430. It was hammered, full standing load and took ages to load and unload. 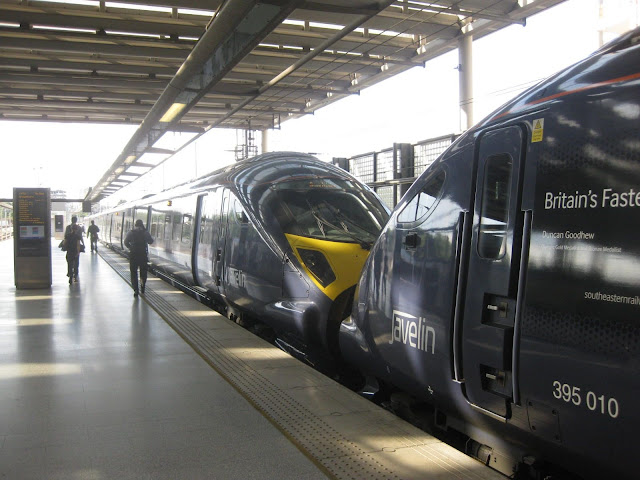 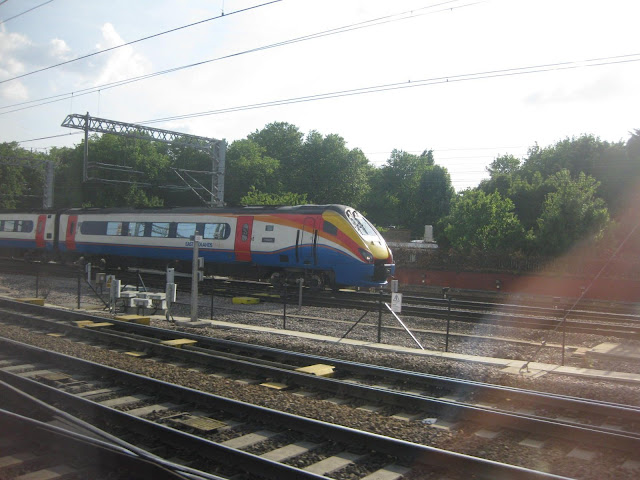 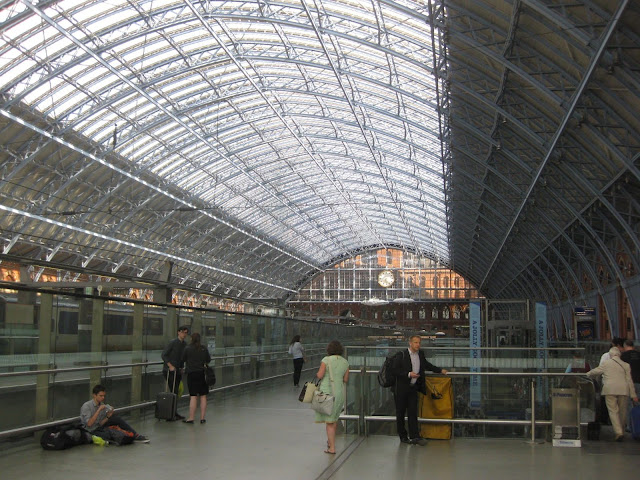 St Pancras. All this for about four trains an hour ?