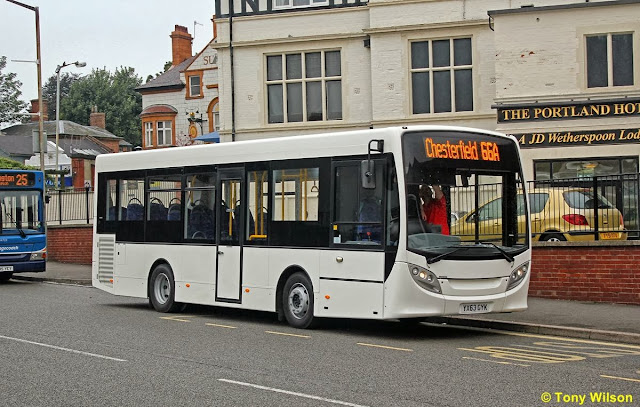 Unless anyone else can advise the Focus team otherwise, possibly the first sightings of a 63-registered bus in service in Chesterfield was this Alexander Dennis Enviro200. Acquired by G&J Holmes of Clay Cross (hence the reference to Sherlock earlier), this bus turned up in New Beetwell Street during the week commencing Monday 16th September. And in conversation with the driver, apparently another is due soon.
The offside aspect illustrates the revised position of the emergency door on most new buses. 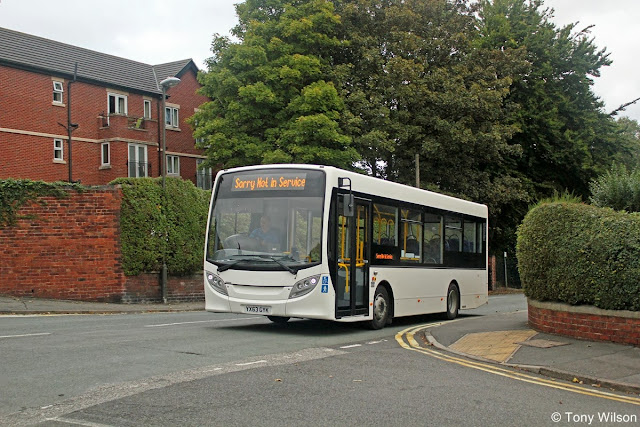 Having completed a duty on route 66 in from the Tideswell area just after 10.00am, the bus goes out of service via Walton to Matlock for work on the town services. The nearside is shown here as it reached the brow of the hill up Park Road from Chesterfield town centre. Acquisition of these buses will hasten the withdrawal of the Wrightbus Streetlite. 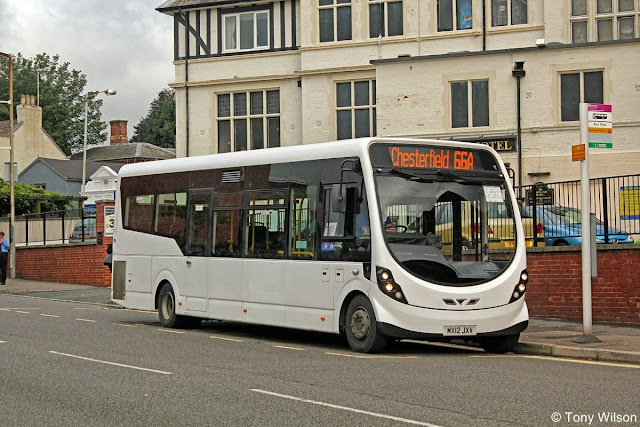 This Streetlite has been on loan to the company for several months and has been a regular performer on route 66 (Chesterfield-Buxton). Illustrated here on stand at New Beetwell Street.

So what of another '63-plate' vehicle? The connection is rather tenuous though. That honour goes to something quite different, for on the 20th a Tornado swept through Chesterfield. 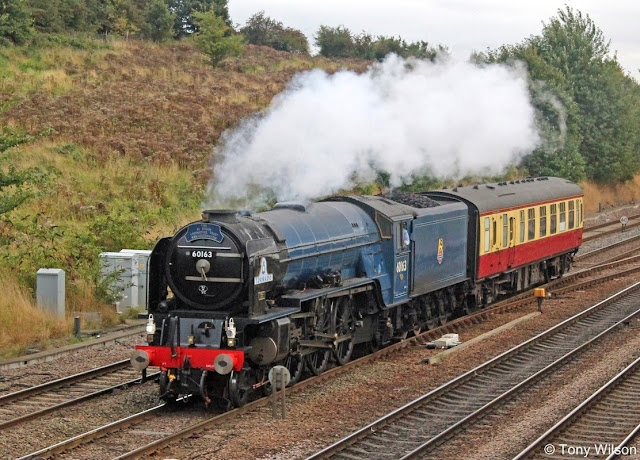 Travelling at a fair lick, probably around 50mph the unique Peppercorn Class A1 60163 fairly flew through Chesterfield very late afternoon on way to Barrow Hill for an event over the weekend 28th/29th September. With a headboard that read "The A1 Steam Locomotive Trust', she had travelled up from Southall and looked a fine sight in the current blue livery. 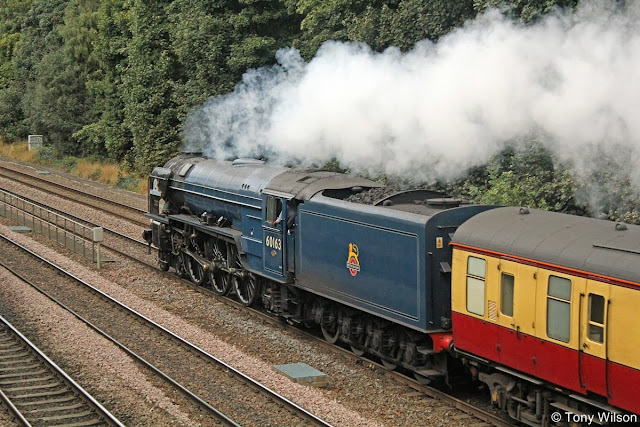 The 'lion' motif stood out well on the side of the tender as she and the support coach disappeared at speed up the line towards Barrow Hill. 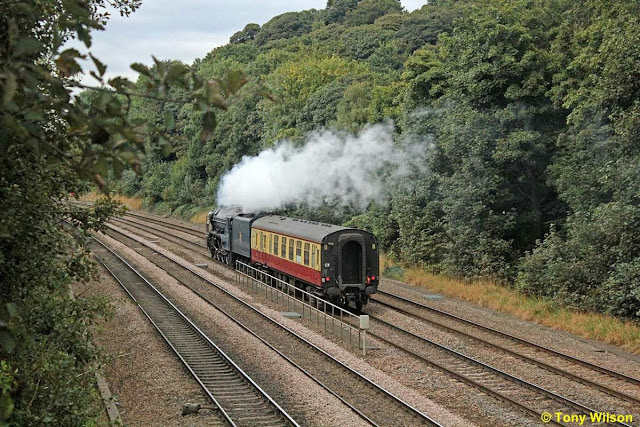