'Monster' washes up on Skegness beach for first ferry ride

A sea 'monster' from the other side of the Wash arrived on Skegness beach on an historic voyage.
The first passenger ferry from Hunstanton arrived on Skegness beach on Friday in just under two hours.
The trip by Hunstanton-based Searle's Sea Tours saw their Wizzy the Wash Monster, make it's first landing trip to Skegness as part of a feasibility study which could help boost the economy in both seaside resorts.
As it arrived on North Beach, spectators lined the Pier to watch Wizzy come safely ashore and drop off its passengers which included members of the Searle's family, friends and mascot Captain Willie Wash.
Operator William Searle said: "It was perfect and a real joy.
"What will happen now is that we carrying on working on the study until the end of October and we will be discussing with Councillor Carl Macey and his colleagues on the way forward.
"The actual running of a ferry offers no problem. It comes down to money and sponsorship to reduce the cost to passengers.
"We have already carried out a survey and have got 500-600 names of people interested in crossing the Wash.
"The final decision is one for all the directors of Searles Leisure."
Councillor Carl Macey has spearheaded the venture to make it a possibility for the Lincolnshire coast.
He said: "Forging closer links with our neighbours in Hunstanton is important to help boost the economy for both towns so that we all benefit.
"There could also be a possibility of other trips and tours such as the windmills and nature reserve.
"Now we have the permission to land on the beach, if we can get this off the ground it could be up and running early next year."
Skegness Mayor Jim Carpenter said the amphibious craft itself has provided an additional attraction to Skegness.

He said: "It is the biggest thing we have seen on this beach apart from the whales we have had washed up!
"It is good to see it here and fingers crossed we can now make it happen.
"It is an attraction and is key to bringing in new people to the area who probably would not come before."
Councillor Pauline Watson, chairman of East Lindsey District Councillor watched the vessel arrive.
She said: "It is a fantastic idea that is now being taken on as a possibility from this trial run.
"It would be so wonderful not only as a tourist attraction but to improve communication links with Hunstanton. It will also boost the economy with more visitors arriving from different areas.
"Just looking at the number of people here already for the Bank Holiday weekend justifies the project to go forward." 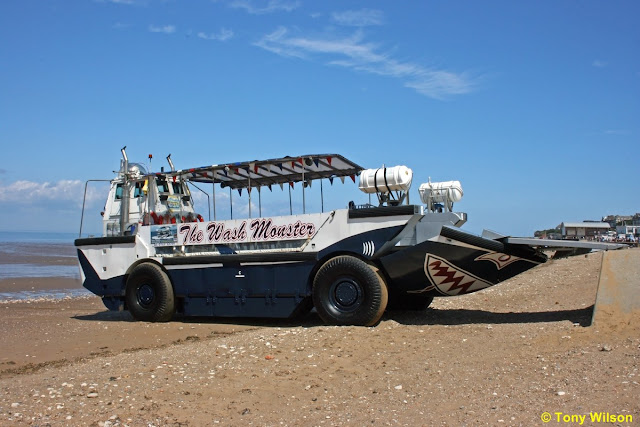 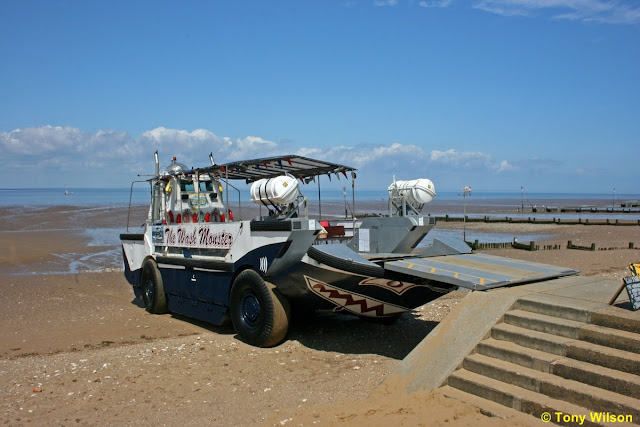 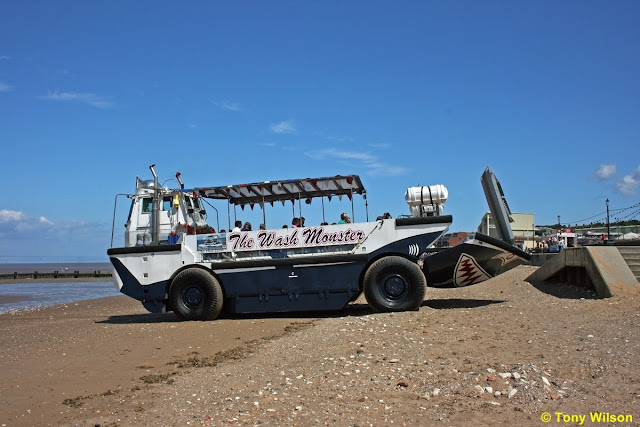 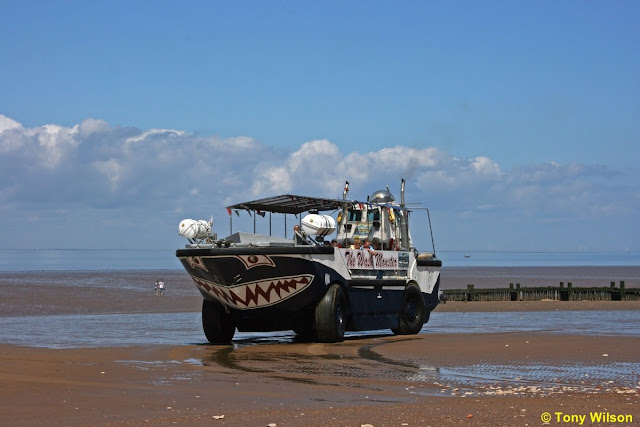 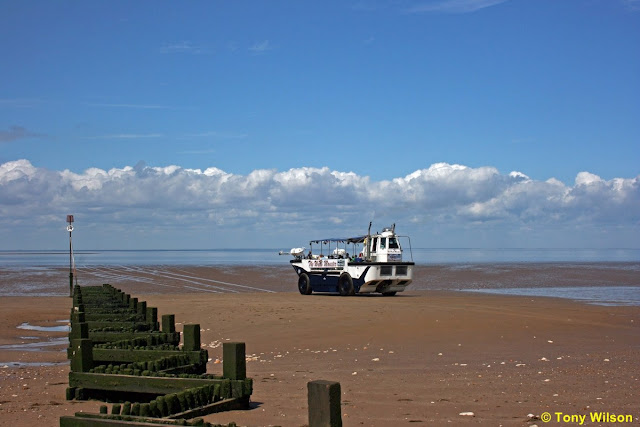 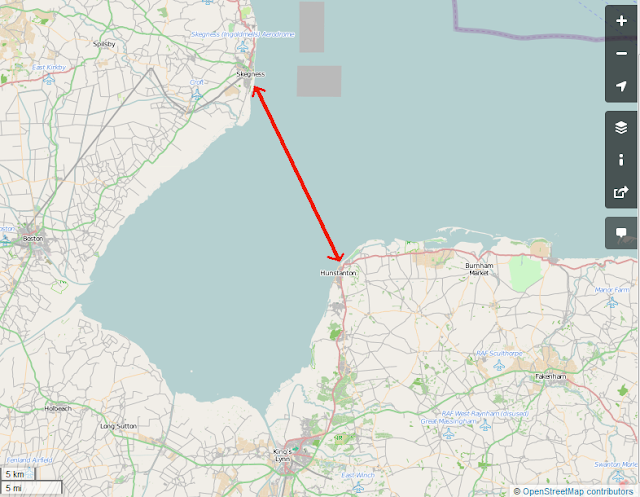 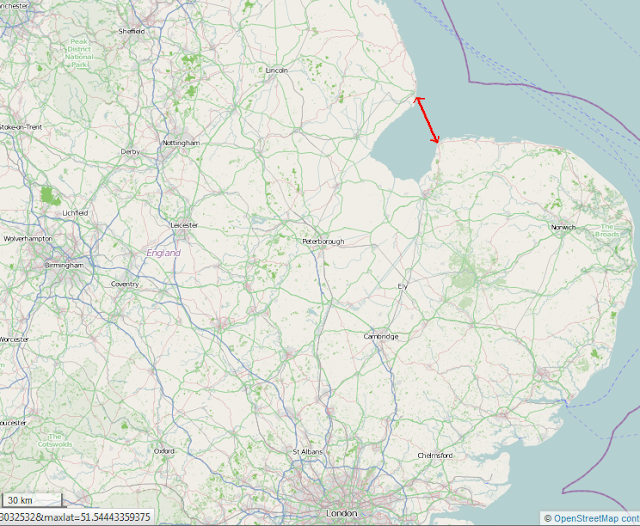