A legal dispute over Cambridgeshire's guided busway has been settled, the county council has said. 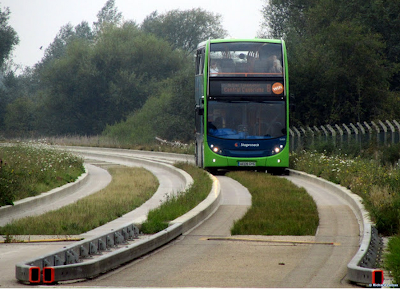 BAM Nuttall had claimed the council owed it about £70m after the cost of the project rose from the agreed fee of £83.9m to more than £150m.

But the council says BAM Nuttall, which handed over the project two years later than planned, has now agreed to pay back £33m of the £117.7m it was paid.

BAM Nuttall told the BBC it did not want to comment.

The busway route, which links Huntingdon with Cambridge and Addenbrooke's Hospital, opened in August 2011.
Martin Curtis, leader of the Conservative-run council, said: "I am pleased that this settlement has been agreed and that we can move on from what has been a difficult and time consuming dispute for us. 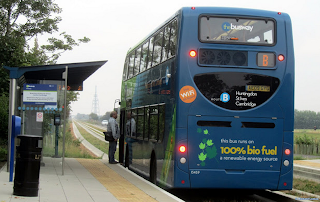 "BAM's unwillingness, until now, to recognise their financial liability means they have tied up and cost Cambridgeshire taxpayers money which could have been better spent on our communities."
The council said it had paid BAM Nuttall £117.7m for its work but the settlement will reduce the total cost to £84.7m.