IS THERE A BRIGHT FUTURE FOR TM TRAVEL? 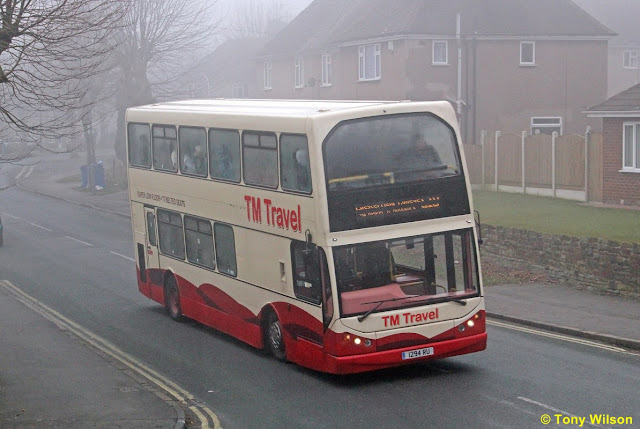 On a gloomy day in March 2013 an East Lancs bodied DAF double-decker transported students bound for Chesterfield College down Park Road towards the town centre. Steamed up, little did the driver and the students know that within a few months, the large number of services would be withdrawn in favour of another operator.

But now it appears that things may be looking up as a certain figure within the industry has become involved with Wellglade-owned TM Travel. Phil Stockley associated with the Southern-based Velvet Bus company, has taken up the post of General Manager and he has made his intentions known on a blogsite.

The last year or so has been somewhat visually different to perhaps what has been going on behind the scenes. With an operating area that takes in the city of Sheffield and a fair chunk of north Derbyshire, here are a few images of vehicles some of which may soon become consigned to the history books as a new era dawns. 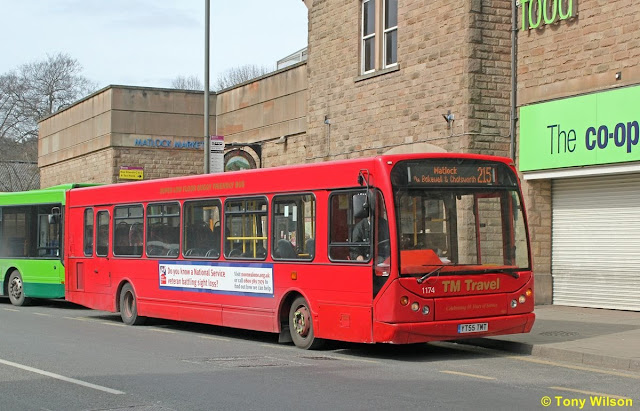 East Lancs bodied this Dennis Dart on the 215 route at Matlock, the route now replaced by a revised 218 from Sheffield via Bakewell and Chatsworth Park. 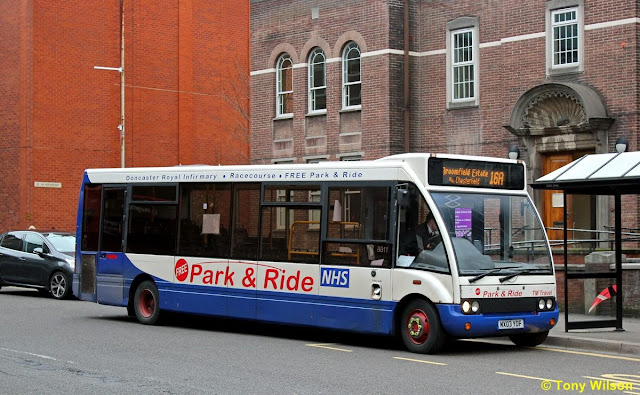 An Optare Solo on the 16/16A service in Chesterfield despite the livery being dedicated to a Park&Ride service in Doncaster. 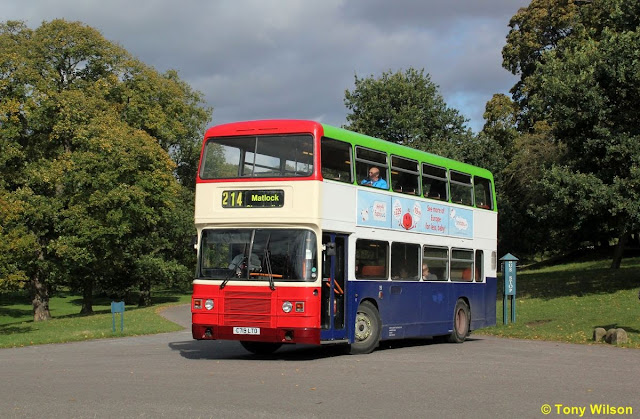 One of two Eastern Coachworks bodied Leyland Olympians that were transferred in briefly to TM Travel from the Notts & Derbys sister company during 2012, seen here at Chatsworth Park on the now ceased 214 service, also replaced by the revised 218 route. 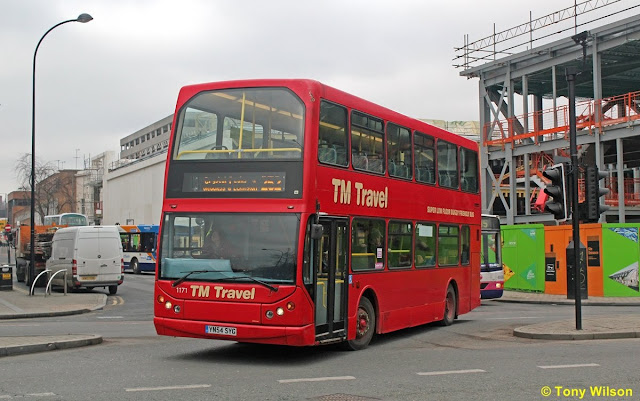 From the wide open spaces of Chatsworth and the Peak District, a comparative image of another double-decker, this time 1171 a VDL in Sheffield city centre. The A1 service links the city centre with Meadowhall via the industrial estates around the former airport area, and is here operated by an Optare Versa. 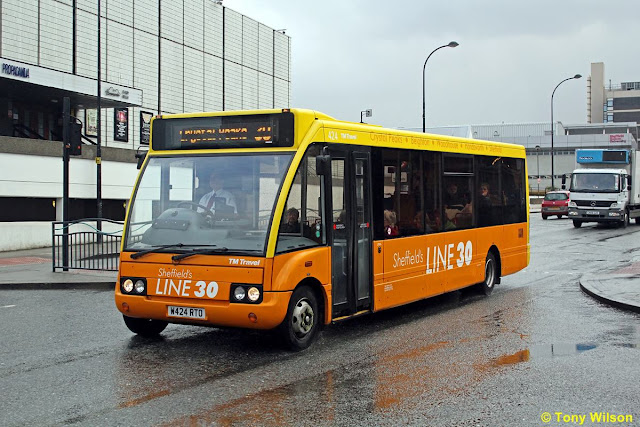 Optare Solos have featured prominent in the company with at least one now in this dedicated livery for route 30 in Sheffield. Number 424 passed along Arundel Gate on a particularly wet day in February. 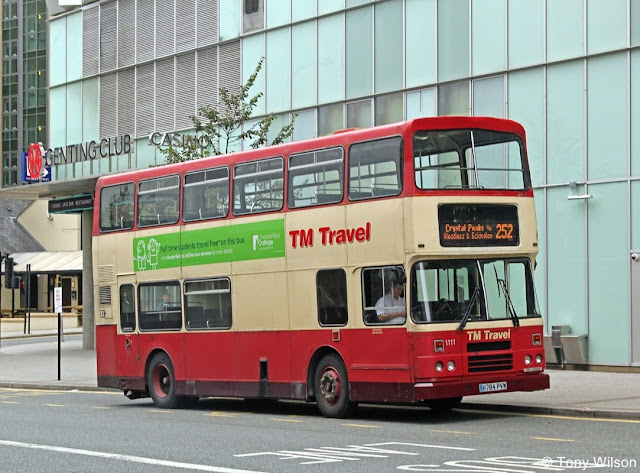 The company had in recent times acquired a fair selection of Volvo Olympians from various sources. A few of these were former Dublin Bus vehicles, and number 1111 is illustrated as it rested between duties during September in Sheffield city centre.

And finally, from the gloomy first image to this one 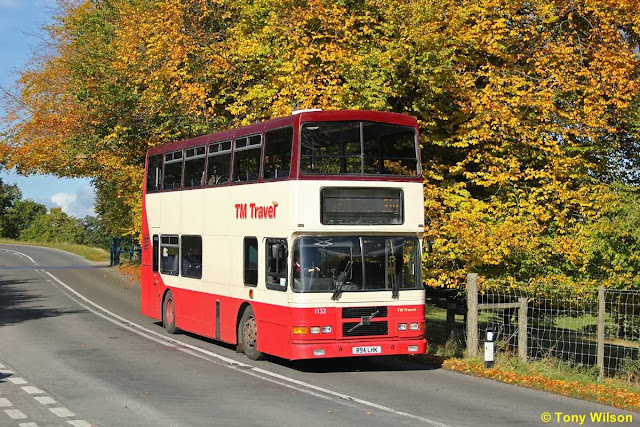 As illustrated by this rather colourful image of another of the ex.Dublin Bus Olympians, could we be in for some interesting times ahead in Derbyshire and South Yorkshire? And maybe who knows, further afield.