The Midland Metro system has repainted one of its articulated trams in a special livery inspired by traditional trams. 2013 marks the sixtieth anniversary of the closure of Birmingham’s tramway, and to commemorate this anniversary, car 11 has been out shopped in a very stylish blue and cream livery, similar to that worn by the first generation trams of Birmingham.
The tram features a cream upper body enlivened by a thick blue stripe above the saloon glazing. Below the windows, 11 is painted in a deep blue which swoops down on the ends of the car so that the tail lights are surrounded by cream, and the doors have also been painted blue. Further enhancements include ornate fleet numbers on both ends of the tram, and small Birmingham Corporation ‘FORWARD’ crests. The tram has not been refurbished inside and still carries the name plate of Theresa Stewart, who is an English Labour politician and the first female leader of Birmingham City Council, a position which she attained in October 1993, succeeding Dick Knowles, and in competition for which she was beaten by Sir Albert Bore in May 1999. She was also Lord Mayor of Birmingham from May 2000-May 2001, being only the sixth woman to hold that position.
There is speculation that Midland Metro may keep this tram when the fleet is replaced. Ken Jones went out to see and travel on it and send in some photographs. 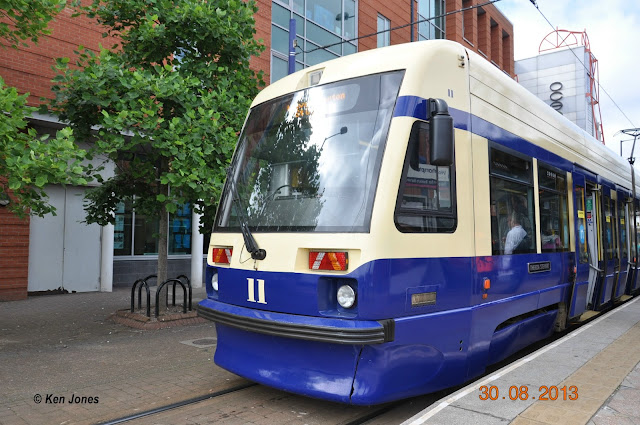 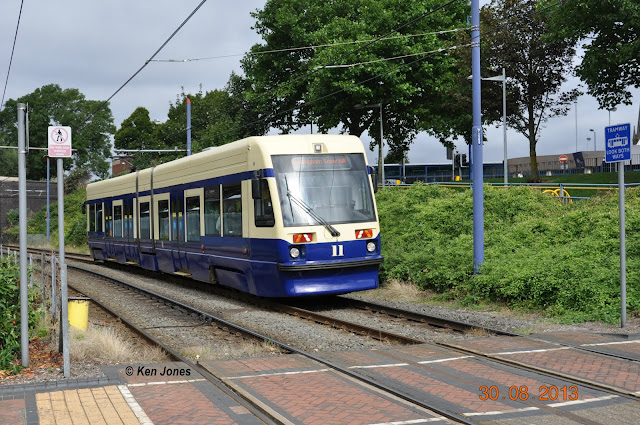 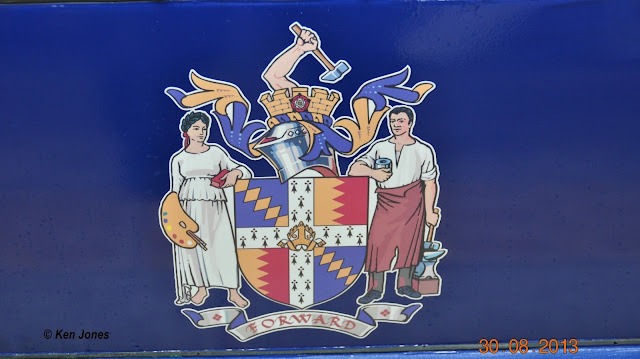