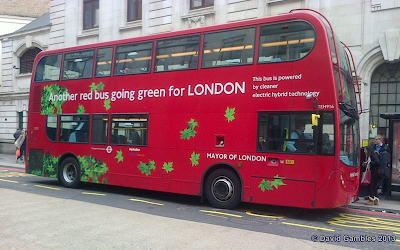 Introduction
TfL’s strategic role as a transport authority puts it in a unique position to oversee rapid change across its 8,700-strong bus fleet. Its aim is to achieve a 20% cut in NOx emissions
(compared to 2012 levels) from the fleet from December 2015. This city-wide change must be achieved while the bus network continues to support economic growth and delivers 2.3
billion passenger journeys a year across more than 700 routes. The Government requires action as failure to deliver an effective solution from a broad range of regional measures will put the UK at risk of fines of up to €300m.

TfL’s NOx Reduction Strategy
TfL’s strategy is to bring all vehicles in the fleet up to the Euro 4 engine emission standard
for NOx and particulate matter by 2015. It will achieve this by retro-fitting around 900 Euro 3
buses with selective-catalytic reduction (SCR) equipment from now to 2014. Retro-fitting
buses with SCR is the most cost-effective and immediate way to cut NOx from the exhaust
systems of targeted buses and achieves reductions of up to 88% in real-world conditions.
The £10m cost is jointly funded by TfL and the Department for Transport (DfT).
A similar number of older buses will come up for replacement up to 2015 and it would not
make sense to retro-fit these as the benefits would be short lived and far less cost effective.
Early replacement will focus on routes which already have Euro 3 buses in service and where
negotiations can achieve the best outcomes before current contracts expire.
Where Euro 3 buses are retired early, they will be replaced with new ultra-low emission Euro
6 buses available from 2014. The ultra-low emission Euro 6 engine cuts NOx by up to 95%
compared to an older Euro 3 bus and is step-change in exhaust-system technology. 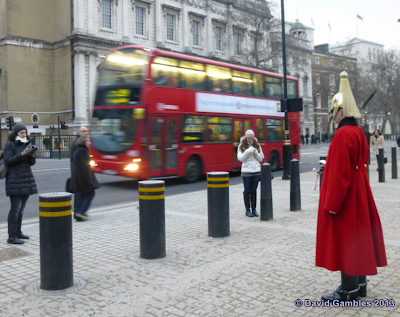 The Basis for TfL’s Strategy
Emissions modelling carried out for the Mayor’s Air Quality Strategy (MAQS) shows 187
areas where NO2 (oxides of nitrogen) would have exceeded EU objectives in 2008 and 2011,
and is forecast to breach targets in 2015. It also estimates the proportion of NO2 that comes
from road-based public transport, including buses, in these locations and takes account of
human exposure due to the presence of housing and pedestrians near to busy roads.
TfL has targeted routes for retro-fitting in relation to the following factors:-
They are served by Euro 3 vehicles which emit higher levels of exhaust NOx
They pass through areas where buses contribute more than half of the total forecast road
transport emissions
They intersect with a number of areas where NOx is high and buses are substantive
contributors
They have contract renewal dates of 2017 or later, so the benefits of retrofitting will last
for three years or more, and the investment will be cost efficient
They are served by the most common types of Euro 3 buses which can be retrofitted in
large numbers in a standardised way. The work of retrofitting can be spread across the seven major bus operating companies in London as far as possible. 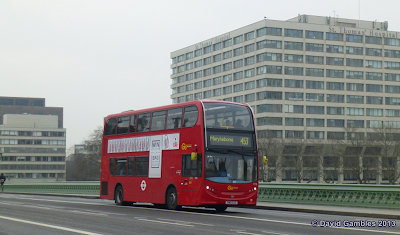 The strategy excludes routes that do not pass through focus areas and for which buses
contribute less than 50% to road transport NOx and where retrofitted vehicles would remain
in service for three years or less. Particular attention is focussed on 33 out of the 187 areas
where buses contribute more than half the NOx from road-based sources and where 356 bus
routes (excluding night buses) pass through these locations, making a step change easier to achieve.

Health Considerations
NOx is made up of NO and NO2. NO2 is a toxic gas that causes inflammation of the airways
and long-term exposure can affect respiratory and lung functions, particularly in young and
elderly people with pre-existing breathing conditions like asthma. Epidemiological studies
have shown the symptoms of bronchitis in asthmatic children rise in association with longterm
exposure to NO2. Reduced lung function growth is also linked to concentrations in
urban environments, particularly in inner city locations, where it can be more prevalent.
Reducing NO2 contributes to the Mayor’s commitment to improve air quality to protect
human health and sets an example to other agencies which can also play a role. TfL
estimates that buses account for around 10% of NOx in London and nearly 30% in central
London.

What else is TfL doing to improve air quality in London?
Diesel particulate filters (DPFs) are being fitted to 120 Scania buses of Euro 4 and 5
generation to cut their exhaust particulate matter by up to 75% in support of the Mayor’s
Clean Air Programme. The programme is scheduled to conclude in 2013. A limited number
are being retrofitted as new buses entering the fleet from 2014 will be of Euro 6 generation
and are fitted with DPFs as standard. The new Euro 6 buses will cut particulate matter by up
to 90% compared to older vehicles without similar exhaust technology.

What has London done over the past 10 years to reduce the environmental
impact of its fleet?
PM emissions from the fleet have dropped from over 200 tonnes in 1997 to 17 tonnes in
2012. A greener benchmark for London will be achieved from 2015 onwards when all buses
achieve the Euro 4 standard for NOx and particulate matter, following the NOx reduction
programme.
The previous step-change in particulate matter (PM) emissions came at the end of 2005
when all buses were raised to the Euro 2 emission standard or better, many of them being
retrofitting with particulate traps to cut exhaust PM by up to 90%.
What contribution will hybrid buses make to air quality?
Hybrid buses provide very significant savings in CO2 and fuel but are not one of the leading
measures to help London achieve a significant reduction in NOx as SCR and early
replacement with conventional Euro 6 engine buses are far more effective. TfL has separate
plans to raise the number of diesel-electric hybrids buses from 460 (as of June, 2013) to
1,700 by 2016, primarily to reduce the carbon footprint of the fleet and help tackle climate
change. This process has been supported by five successful bids to the DfT’s Green Bus
Fund which has contributed £23m to date. Trials involving pure electric and range-extended
diesel-electric hybrid buses in London are on schedule for implementation in 2013 to see
what contribution they might make.

Why is TfL focussing on SCR retrofit and early replacement with Euro 6 engines
rather than other technologies?
Selective-catalytic reduction equipment is proven within the bus operating environment of
London and is achieving a real-world NOx reduction of up to 88%. Euro 6 is a legal
requirement from 2014 and will make a dramatic improvement to exhaust emissions. Other
forms of technology cannot target NOx in such a direct and cost effective way, and may not
be proven in the operating environment of London buses.

Why can’t retro-fitting SCR to older buses be targeted at specific boroughs?
TfL has conducted pan-London analysis of the contribution buses make to EU emission
exceedances in the Capital. The priority is to address Euro 3 buses that are a significant
contributor to sources of ground-based NOx emissions across the Capital in an integrated
way. This will bring about the biggest impact on ground-based NOx from London buses.

What broader initiatives is the Mayor embarking on to tackle emissions and
exploit new fuels and technology?
There are a range of bus fleet initiatives in place or to start shortly. These include:
Raising the number of hybrid diesel-electric buses in the fleet from 460 in June 2013 to
1,700 by 2016. This number will include the introduction of 600 New Bus for London
vehicles.
Retrofitting 900 older buses with selective-catalytic reduction equipment to cut NOx
from these vehicles’ exhaust systems by up to 88% by the end of 2014
Retiring a similar number of Euro 3 buses and replacing them with the latest ultra-low
emission Euro 6 buses by 2015
Looking at wider use of biodiesel fuel to reduce carbon emissions from the bus fleet
Demonstrating zero tailpipe-emission hydrogen fuel-cell buses, also incorporating hybrid
technology, on route RV1
Demonstrating two fully-electric buses in London from summer 2013, followed by a
further four in 2014. 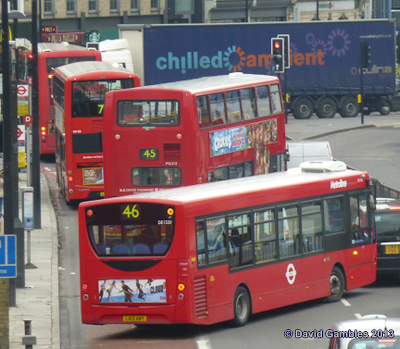 Why can’t early replacement of older buses with new Euro 6 buses be targeted at
specific boroughs?
Early replacement is confined to routes which already have the Euro 3 buses. TfL will
negotiate arrangements by which the buses will be replaced before the route contract
expires and this will be confined to a limited number bus routes on which Euro 3 vehicles
operate.