The system involves a tag fitted to the bicycle or cyclist, sensors on the vehicle and a cab-mounted device to alert the driver.
If a cyclist using the tag gets within 6ft (2m) of a bus in the trial, the driver receives an audible warning that cyclists are close to their vehicle, is to be trialled in York.
Cycle Alert has been installed in the city's Unibuses linking the two main university sites, the city centre and railway station, organisers said.
The city is said to be the first to put the system on some of its bus network.
More than 11,000 of York's 200,000 residents cycle to work, according to the 2011 Census.
Tracked by lights
If a cyclist using the tag moves within 6ft (2m) of a bus fitted with the receiver, the driver receives a warning.
The position of the cyclist is then tracked by lights on a screen in the bus.

The system is to be installed on the city's Unibuses
The makers said the system alerted drivers to the risk of cyclists being hidden in a driver's "blind spot".
The University of York is to offer subsidised tags at the student union, for a cost of £5.
Other cyclists can buy a £10 device from a website, organisers said.
Fiona Macey, travel co-ordinator of the University of York, said it was "thrilled" to be trialling the device on the university bus fleet.
Peter Le Masurier, the system's designer, said: "Everybody needs to take responsibility for their own safety on the road.
"This device is not going to be perfect but the feedback from drivers is that it makes them much more aware of cyclists."
Mr Le Masurier said he had developed the technology after hearing an interview with a truck driver who had had an accident with a cyclist, and he recognised the devastation caused.

Below is a trio of Transdev Unibus vehicles that will be used in the experiment, along with the odd bicycle or three in the city centre. 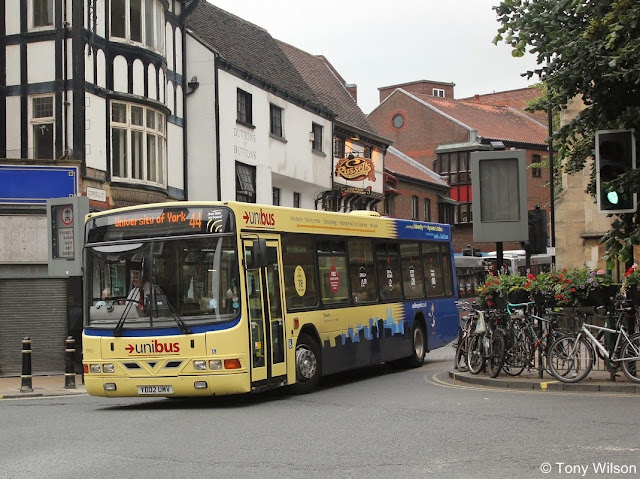 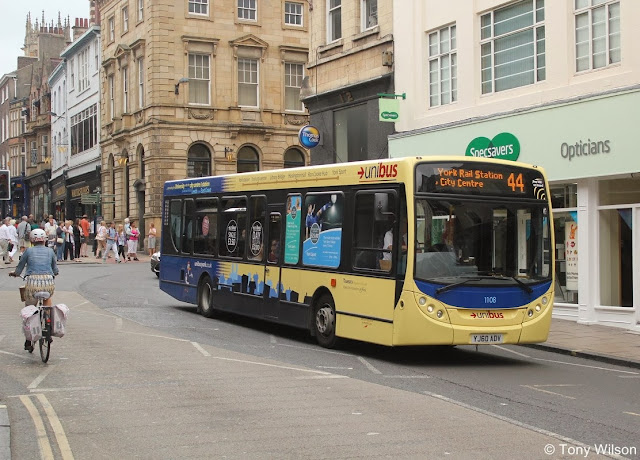 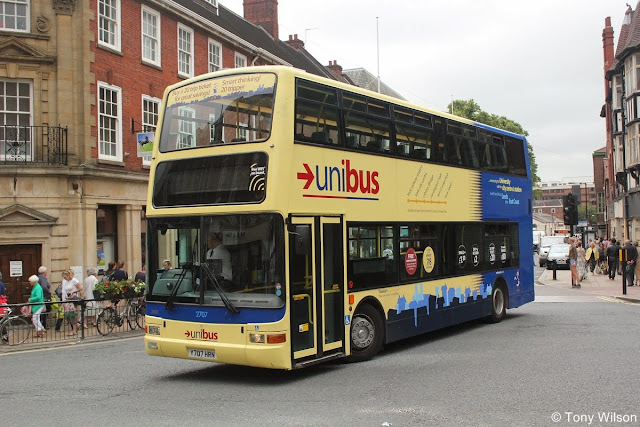 Another example of bus v cyclist is illustrated below but a couple of hundred miles away from York. 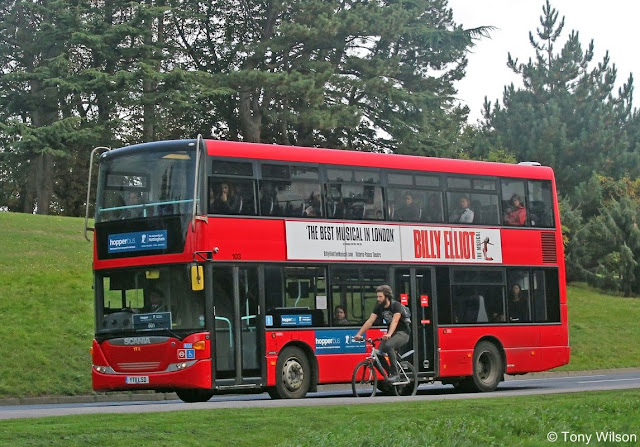 With a fresh educational year begun at Nottingham University, a new operator in the shape of Nottingham City Transport has taken on the network of dedicated bus services. Here one of the buses in use passes close by a cycling student.

And whilst on the subject of red buses, Martin Arrand recently made a flying visit to London. 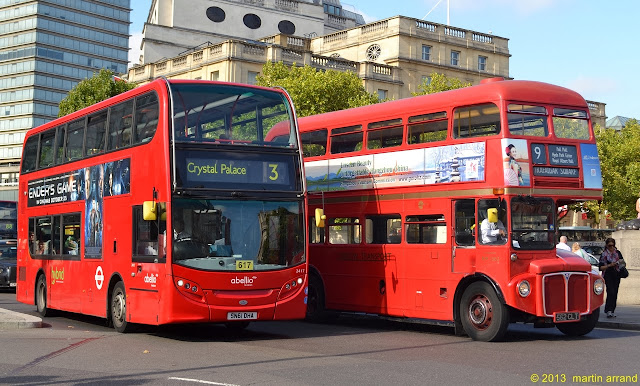