The Herald Scotland reports that Stagecoach founder buys airport for £1 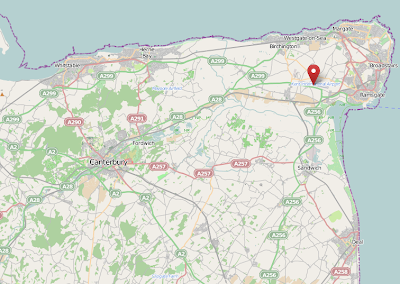 The deal comes a week after the Scottish Government stepped in to the Prestwick auction with a promise to take the airport into public ownership, after an unsuccessful 18-month sale process.
Infratil said the value of the two airports had now been written down to zero, which suggests that the taxpayer may be paying just £1 for Prestwick, and that Mrs Gloag was unwilling to do so.

Infratil, the Wellington-based infrastructure investment fund, said it had agreed to sell the Kent airport to Lothian Shelf (710), an entity owned by Mrs Gloag, for the nominal sum, plus a further £350,000 for working capital and cash injected by the owner between now and completion at the end of November.
Mrs Gloag, 70, said: "Having worked in the transport industry for over 30 years, I believe I am very well-placed to help maximise opportunities for both freight and passengers at Manston."
The veteran entrepreneur was unwilling to comment further on her plans for the business, or on her attitude to the opportunity of acquiring Prestwick Airport.
She added: "I am delighted to have purchased Manston Airport from Infratil as I believe there is real potential for growth that has not been fully captured."
Marko Bogoievski, Infratil's chief executive, said: "Infratil Limited is very pleased to have found an acquirer with a vision for Manston Airport's future development." 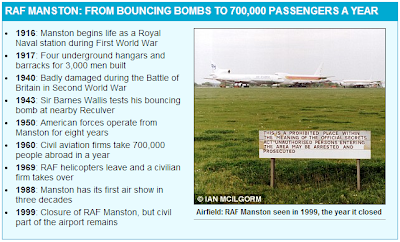 Stagecoach's experience in the sector has been mixed. It acquired Prestwick Airport in 1998, as part of ambitious plans to diversify which included paying £107m for a stake in a Hong Kong-based toll road builder Road King, which it sold for book value in 2004.
Stagecoach had paid £41m for Prestwick, but sold it three years later to a consortium led by Infratil for £26m, after investing £10m in improvements - a total loss of some £25m. The airport had been particularly hit by the withdrawal of anchor freight customer FedEx.
Mrs Gloag and her brother and Stagecoach co-founder Sir Brian Souter had already moved into airlines, buying a 90% stake in Cambridgeshire-based Suckling Airways for £5m in 1999. The new owners changed its name to ScotAirways, invested £5m, and introduced tartan branding, which disappeared after they sold the stake back to the airline's family founders in 2006 for a reported £10m - breaking even on the venture.
Meanwhile, Infratil had picked up Manston, its second UK airport, in 2005 from the administrator of the Planestation group.
It paid £17m and said the plan was to expand as an operator of regional airports in Europe.
The past two years, however, have seen the two Infratil airports written down to a total value of £11m in the company's accounts, as they racked up losses of £7.2m in 2011 and £6m in 2012. Prestwick is said to have accounted for only £2m of those losses annually.
In January this year, the loss of two Polish routes left Ryanair as the only passenger operator at Prestwick.
Then last week, the Scottish Government said Infratil had reached a stage where it was "clear no private investor is able to commit to a successful purchase" on a timescale acceptable to the owners.
Transport Scotland said the Government would negotiate a purchase price which would "aim to maximise the return for taxpayers' investment".
Mr Bogoievski said: "From Infratil's perspective, while Manston was a very small part of the company's overall asset base, this sale will result in a more focused portfolio and improve our future cash flow position."
The deal for Manston is expected to formally complete on or before November 29.
Mrs Gloag is still a non-executive director at Stagecoach. She has a range of other business and charity interests.