Centro has held an unveiling ceremony at a depot in Wednesbury to show off the first of Birmingham’s new fleet of CAF trams.
Birmingham is investing £40 million on 20 new low floor trams for the Midlands Metro network.
Following testing and driver training, the new vehicles will go into operation between Birmingham and Wolverhampton, and eventually on the extension from Birmingham Snow Hill station to New Street, becoming the first trams to travel through the city centre in 60 years.
Having completed a four-day journey from CAF’s manufacturing site in Zaragoza, Spain, Birmingham city officials unveiled the new tram on October 16.
It is really an historic day and something we’ve been working for for a very long time. Centro chief executive Geoff Inskip said: “It is really an historic day and something we’ve been working for for a very long time.”
Centro has said the extension, which is part of a billion pound transport investment strategy for Birmingham, is creating 1,300 new jobs and boost the economy by £50 million.
The Urbos 3 light rail vehicle is the latest incarnation in the Urbos family, which are currently in use in Bilbao, Malaga, Vitoria, Seville, Edinburgh and Antalya.
The new trams will increase services to 10 trams in each direction and at nine metres longer than the existing stock, they will increase capacity from 156 passengers to 210.
The Midland Metro Urbos 3 is a standard (1,435mm) gauge, 2.65 metre wide, bi-directional, double-cab ended tram. The vehicle consists of five segments with four articulations. Three of the modules (C1, R and C2) are mounted on bogies and the other two modules (S1 and S2) are suspended.
Morgan Sindall are delivering a £13.8 million extension at the Wednesbury depot to maintain the new fleet of longer trams. 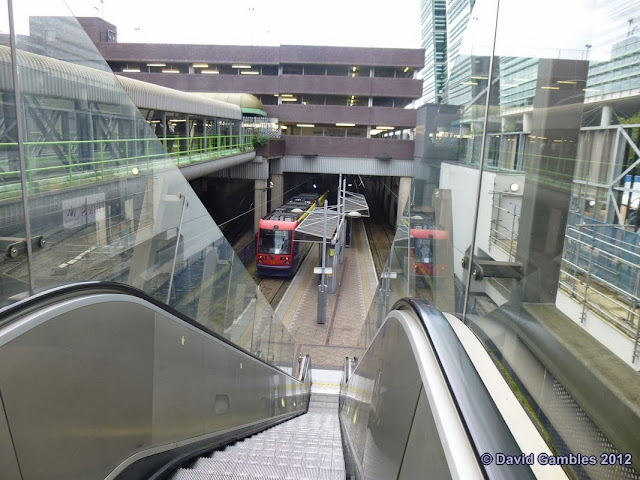