A screeching noise caused by trams on a stretch of line in Nottingham poses no safety threat, the company that runs the network has said.
Peter Nowakowski, who lives in Highbury Vale, Bulwell, said the noise, which he hears every 15 minutes, sounded like dogs being castrated.
He added that he was concerned it could be the result of a safety problem.
Nottingham Express Transit said it was caused by warm, dry conditions and has since lubricated the rails.
Mr Nowakowski, whose property backs on to the Highbury Vale tram stop, said the problem started during the hot weather in July.
He said: "[The sound is] a powerful loud screeching rendering of steel sound. It sounds like dogs being castrated or steel being stretched or ripped apart.
"You can hear the track is being worn away, it doesn't take a genius to say that sound is wrong."
Another resident said: "It's like a sawmill. It's terrible because you've got your windows open and then you've got all this squeaking at the back."
Paul Robinson, general manager of Nottingham Express Transit, said: "It is caused by a common problem affecting the contact between the wheels and rail in warm, dry conditions and has no safety implications.
"Since the matter was first reported, a maintenance team has visited Highbury Vale to manually lubricate sections of the rail in an effort to reduce the noise."
"Naturally things should return to normal once the weather changes." 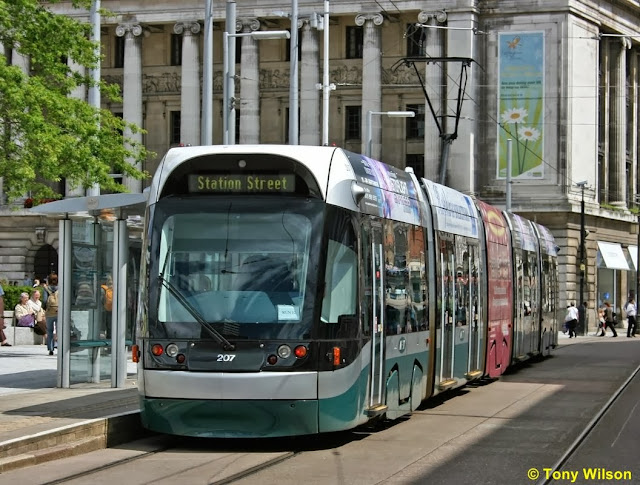 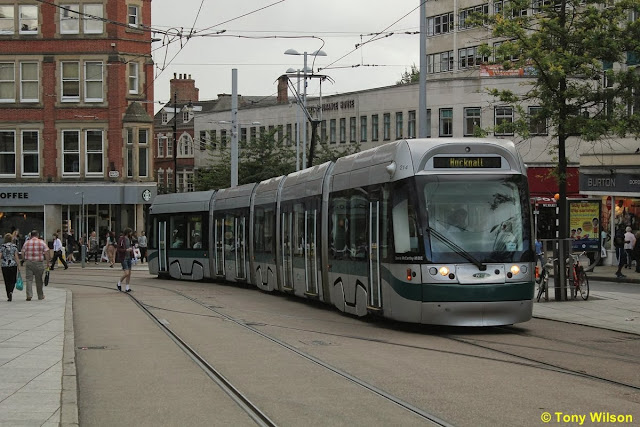