As shown in the text above vintage buses are scheduled to operate over the i4 and the Swift routes. Below number 728, one of the Trent fleet of Optare Tempos passed through the island roundabout near to the Queens Medical Centre when on way to Derby from Nottingham during October 2013. 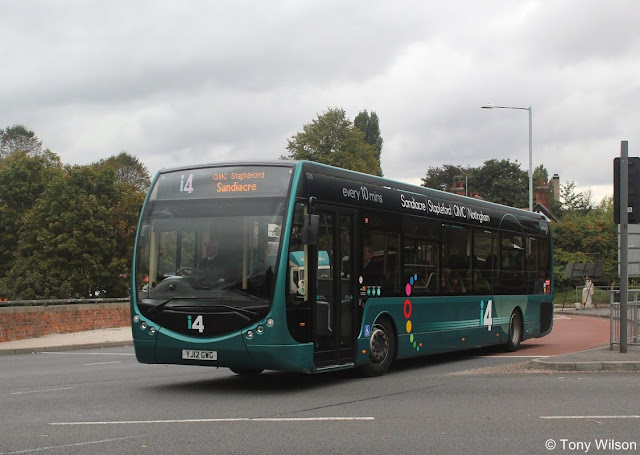 The vintage vehicles are also scheduled to run on the Swift-named route between Derby and Ashbourne from where Trent number 737 a Wright bodied Volvo B7RLE in dedicated livery passed by the Council House in Morledge at Derby during 2012, as it headed to the end of the route at the bus station. 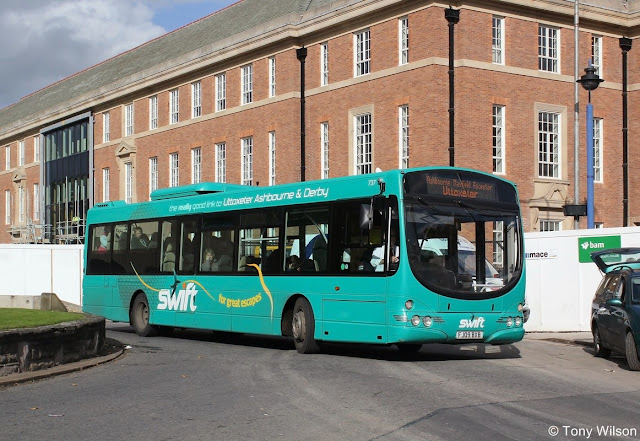 Whether the following two interesting preservation pieces will perform remains to be seen. 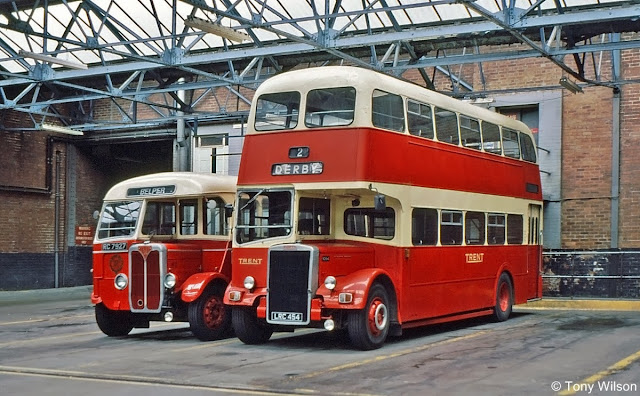 The single-deck is a 1940 built BMMO SON with Willowbrook bodywork, the double-deck a 1958 Leyland Titan PD3 with bodywork from the same stable. Both were seen several years ago parked up in the Trent bus garage in Belper. And very nice they looked too. 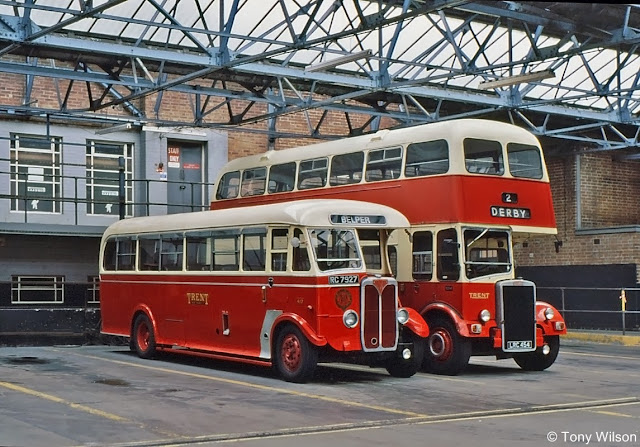