Bus drivers in Milton Keynes will get their first chance behind the wheel of an electric bus.

An eight-strong fleet of electric StreetLite buses is being delivered to the borough to replace the fleet of diesel buses operating on the demanding Route 7.
The training for Arriva bus drivers will cover not only how to drive the vehicle, but also how to recharge at each end of the route, and how to maximize the battery’s performance. In January 2014, the new buses will make their debut on the 15-mile long Route 7, which runs between Wolverton and Bletchley.
The wirelessly-charged buses have been developed and built by Wrightbus Limited, a leading British bus manufacturer. The buses will be trialled in a collaboration programme being led by eFleet Integrated Service (“eFIS”), an enabling company set up by Mitsui & Co Europe and Arup. eFIS is working with Milton Keynes Borough Council, WrightBus, Arriva and a range of other collaborators. Final testing and driver training takes place in Milton Keynes before the buses officially begin carrying passengers. 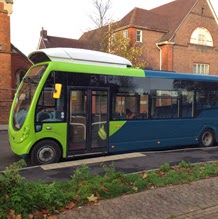 This innovative electric bus trial aims to prove that electric vehicles have the potential to be cost-efficient as well as environmentally friendly.

“This electric bus trial is the result of over a year’s careful planning, so getting bus drivers behind the wheel is a wonderful milestone to reach. Seeing all eight buses on the route will be a very proud moment for everyone who’s been involved.”

“Electric buses have huge potential, and we’re exploring how they can help us take better care of the environment without compromising passenger service. With the help of the project collaborators, we’ll be monitoring the buses closely over the next five years.”

“We believe that the electric bus is now a real contender in the near future of public transport. We’re confident that this demonstration project will show that economic and ecological priorities can co-exist, and our next goal is to expand this project to a commercial scale.”

“These electric buses will be expected to do everything a diesel bus does, so they certainly won’t be getting any preferential treatment. They will be operating on a demanding urban route, and that’s all part of the trial’s aim – to prove that electric buses can be tough as well as green.” 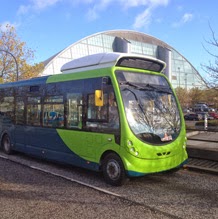 The electric buses go on the road in January 2014. In the meantime, bus operator Arriva is running a training programme to acclimatise drivers to the new technology, which includes the ability to recharge the batteries wirelessly.

Universities around the country are well and truly into the new educational year including the two establishments in the East Midlands City of Nottingham. Both are served in various ways by bus services and Tony Wilson has noted the changes that have occurred over the passed couple of years. These can be viewed here 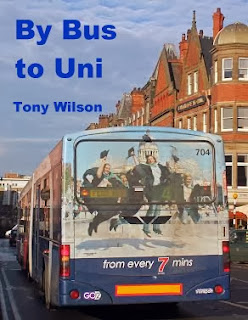 Allied to this is the acquisition by Nottingham City Transport of a small fleet of Dennis Tridents from the Isle of Man. 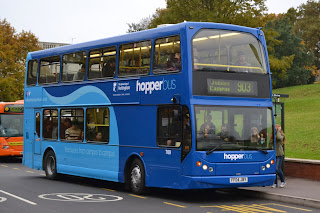 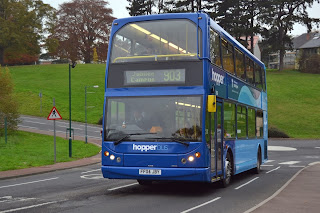 These buses such as number 769 (above) have been acquired specifically for use on dedicated services for the University of Nottingham. The two images above supplied by John Moore.