Plan ahead if you are travelling around London this festive season 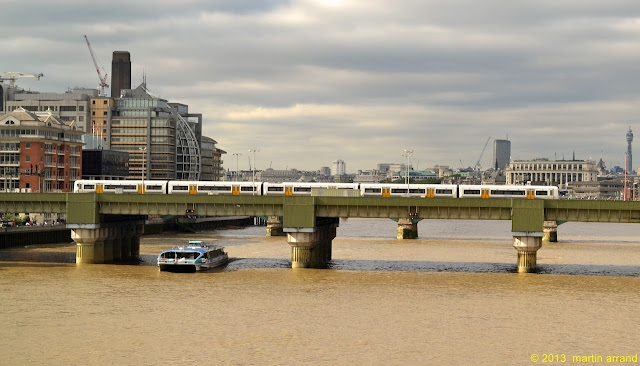 Transport for London (TfL) has published festive travel information and advises customers to plan ahead to make the most of London’s attractions, shopping and leisure opportunities
TfL and Diageo partnership ensures customers will get home safely after seeing in the New Year
TfL joins Network Rail and Train Operators to urge all rail passengers including Gatwick Airport customers to plan in advance during Christmas engineering works

TfL has published its annual Festive Travel Guide online to help Londoners and visitors travelling around the capital during the festive season plan their journeys.

TfL’s transport network is carrying more people, more reliably, than ever and over the quiet festive period, over 1,000 people will be carrying out essential engineering works on the London Underground, DLR and London Overground. TfL is increasing capacity on the Tube by 30 per cent through new trains, signalling and track and TfL is rebuilding key stations. The quiet festive period enables TfL to carry out essential works with less disruption to customers and to keep London moving.

Diageo will once again provide free travel on New Year’s Eve so that festive party goers can get home safely. It is the third year of Diageo’s three year sponsorship of free travel. Free travel will be available between 23:45 on 31st December and 04:30 on 1st January 2014 on the Tube, buses, trams, DLR, and until last trains on London Overground.

London's Transport Commissioner, Sir Peter Hendy CBE, said: “We are ensuring that as many of our services will continue operating throughout the festive season with the exception of Christmas Day when all our services will be closed. We will be operating reduced services when appropriate and we will also take the opportunity of this quieter time to carry out essential engineering works as part of our Tube investment programme. I encourage all our customers to plan their journeys in advance by visiting our festive travel website.

“Diageo will once again be providing free travel for revellers on New Year’s Eve as part of our three year sponsorship deal. For those wishing to brave the crowds to come into central London to celebrate, public transport is the only way to get around London on New Year’s Eve.”

Andrew Cowan, Country Director, Diageo Great Britain, said: “Our brands are synonymous with celebration – and what bigger celebration is there than the festive season? We want everyone to enjoy themselves but we also want them to think how they drink and ensure they get home safely.

“As well as sponsoring free travel on New Year’s Eve we are also supporting ‘Safer Travel at Night’, to raise awareness about the dangers of using illegal minicabs and funding more than  50 Street Pastors on the streets around Trafalgar Square on New Year’s Eve.”

A full list of TfL’s social media channels is available at www.tfl.gov.uk/socialmedia  which includes details of the Twitter feeds for each of the 11 different London Underground lines, buses, the DLR, London Overground, Barclays Cycle Hire, Emirates Air Line and live traffic news for updates during the festive period.

Congestion Charge
From Wednesday 25th December until Wednesday 1st January inclusive, the central London Congestion Charge will be suspended and motorists will not have to pay. For more information, visit: www.tfl.gov.uk/cc

Roads
Over the Christmas period road works will not be taking place close to London’s shopping centres and other busy areas. On other parts of the TfL road network, traffic levels will be lighter than usual. Road users are advised to check for disruptions on the TfL website www.tfl.gov.uk/livetravelnews  or follow @TfLTrafficNews on Twitter.

Road closures in central London will be in place from 17:00 on 31st December to facilitate New Year celebrations.  As a result some buses in the area will be on diversion or will finish early.

On 1st January 2014 roads will be closed in central London from 06:00 for the New Year’s Day Parade.

Dial-a-Ride
Dial-a-Ride will be operating throughout the festive period and customers are encouraged to make their special booking arrangements in advance. Contact centres will be closed on Christmas Day, Boxing Day and New Year’s Day. For further information please contact Dial-a-Ride direct on 0343 222 7777.

Taxi, licensed minicabs and private hire vehicles
Customers are advised to always use a booked minicab or taxi (black cab) to ensure their journey is legal and safe. A free Cabwise app (available on iTunes and Google Play) can also be downloaded which allows users to book a licensed minicab or black cab which is closest to their current location in three easy steps. If there is no signal available at the location, the app defaults to the Cabwise text messaging service (60835). Alternatively users can visit www.tfl.gov.uk/cabwise on their smartphone and simply bookmark the page.

Travelling to Gatwick Airport
There are major changes to train services on the Brighton main line between London, Gatwick Airport and the south coast over Christmas and New Year’s. Normal service resumes on Thursday 2nd January, 2014. Customers planning to travel on this service during the festive period are advised to visit www.nationalrail.co.uk  or call 08457 48 49 50. 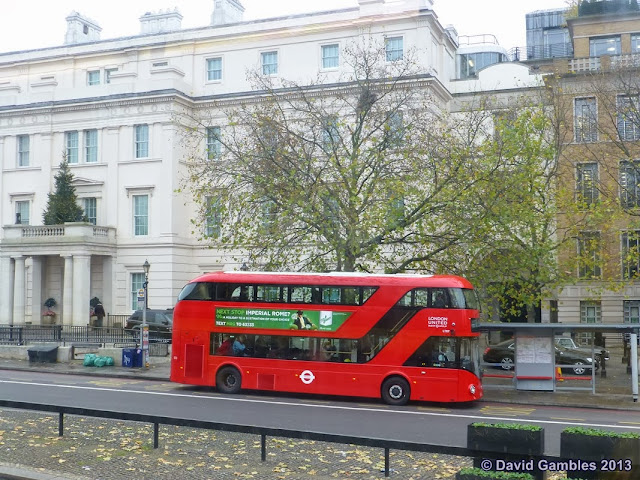 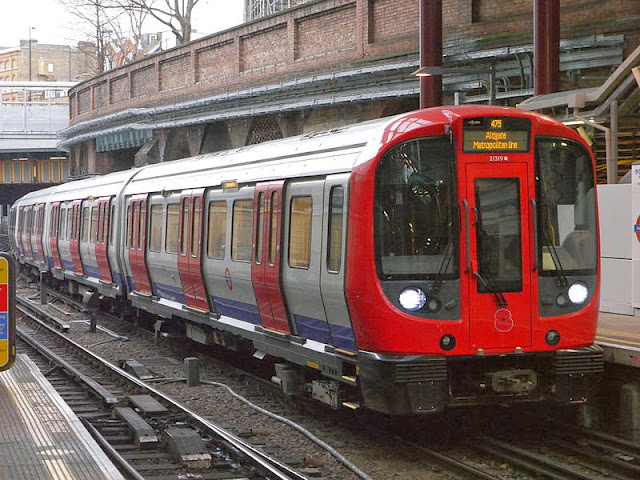 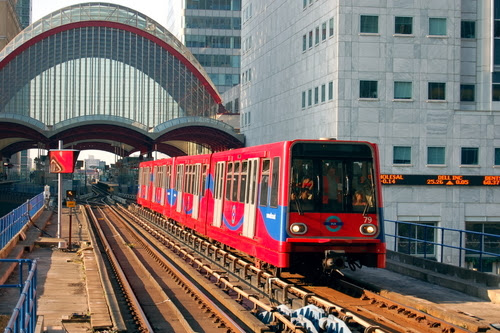 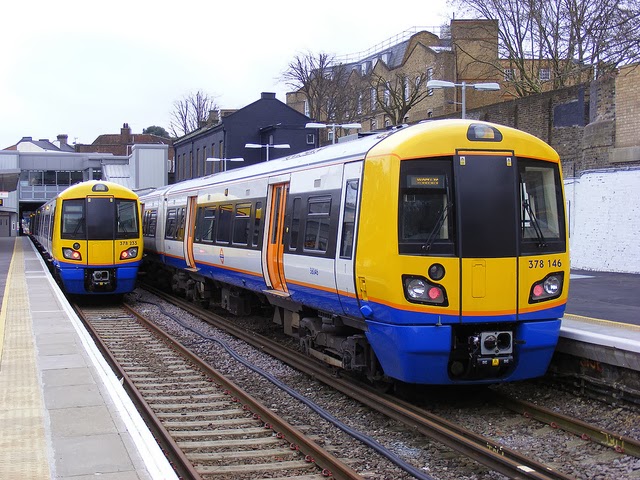 On London Tramlink, a Saturday service will operate, but with a reduced timetable from 20:00.

Christmas Day, Wednesday 25th December
There will be no services running on the Tube, buses, DLR, London Tramlink or, London Overground.

From 08:30, special services will operate on all Tube lines with last trains at Sunday times. Some engineering works will be taking place which means some stations or short sections of lines will be closed, customers are advised to plan their journeys in advance.

There will be no service throughout the day between Edgware Road / Earls Court and Richmond / Ealing Broadway / Kensington Olympia on the District line. After 19:00, the South Kensington to Wimbledon section will also be closed. As a result, the Piccadilly line will call at all stations between Hammersmith and Acton Town. Trains will also operate to and from Ealing Broadway.

There will be no service between Finchley Road and Waterloo on the Jubilee line from Thursday 26th December until Sunday 30th December inclusive.

On the Northern line, there will be no service between Kennington and Morden.

There will be no service on the Waterloo & City line.

Upminster Bridge, Cannon Street and Kensington (Olympia) stations on the District line be closed. North Ealing station on the Piccadilly line will be closed.

There will be no services on the London Overground network, however, some interchange stations will be open.

A Sunday service will operate on London Tramlink, but with seven to eight minutes’ frequency between 10:30 and 17:30 with additional services between East Croydon and Wimbledon.

Generally, Saturday services will be in operation on all Tube lines.

From Friday 27th December until Monday 30th December there will be no service west of South Kensington on the District line.

From Friday 27th December until Monday 30th December, Piccadilly line trains will call at all stations between Hammersmith and Acton Town. Trains will also operate to and from Ealing Broadway, this is due to engineering works on the District line.

Chancery Lane station on the Central line will be closed from 27th December until 30 December inclusive.

A Saturday service will operate on London Overground routes except:

A Saturday service will operate on London Tramlink and DLR services from Friday 27th December until Saturday 28th December inclusive.

A normal Saturday service will be in operation on all Tube lines.

There will be no service between Edgware Road and Camden Town on the Northern line.

New Year’s Eve, Tuesday 31st December
Revellers who want to see in the New Year in central London are advised to plan ahead and be prepared for large crowds, particularly if they want to watch the Mayor of London's New Year's Eve fireworks display. Each year the display at the EDF Energy London Eye attracts a capacity crowd, who have a long wait in the designated viewing areas along the Thames. The display can also be watched live on television and people with young children may wish to consider celebrating nearer to home. For more information go to www.london.gov.uk/nye

Diageo will sponsor free travel on all journeys between 23:45 on New Year’s Eve until 04:30 on 1st January on the Tube, DLR, Buses and Tramlink. Free travel will apply on London Overground trains running after 23:45 until last train times.

Tube, DLR and Tramlink services will run all night on New Year’s Eve. Some selected Tube stations will be closed completely or for periods at a time. The online festive travel information lists these closures.

Riverboat services will run mainly normal services but London Eye pier will not be served after 14:48 in order to prepare for the firework display. Some routes will operate on New Year’s Day, but a normal service will not resume until Thursday 2 January.

New Year’s Day, Wednesday 1st January
Buses will operate a Sunday service throughout the day and a normal Wednesday night service on all 24 hour routes and night bus routes.

Special services will run on all Tube lines, with last trains at normal weekday times.  Services will operate on all lines every 10-15 minutes in the central area and every 20-30 minutes in outer areas until 10:30. For the rest of the day, a reduced Sunday service will be in operation.

Some roads will be closed in central London from 04:00 for the New Year’s Day Parade, and roads will reopen as soon as it is safe to do so.  Road closures include;
-       Piccadilly eastbound closed from the underpass;
-       Berkeley Square, including all access to the Square;
-       Shaftesbury Avenue, Haymarket, Piccadilly Circus, Trafalgar Square, Strand and Whitehall;
-       From 12:00 all access to Parliament Square will be closed.

Customers are advised to avoid driving near the affected areas in and around central London.