2013 ended on a very sour note for one of the UK’s heritage tramways, with the shock news just after Christmas that the short operating line at the Black Country Living Museum at Dudley has been closed down indefinitely. This follows a lengthy period of neglect for what is the only narrow gauge tramway in a British museum. 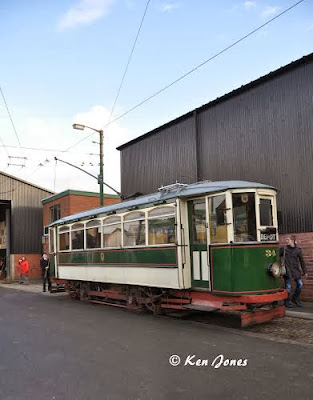 Recently, an independent assessment of the tramway infrastructure was commissioned. It has been suspected for a long time that the tram track was in a very poor condition, and the findings of this examination were in fact so bad, that the line was condemned with immediate effect. This means that both of the museum’s operational trams – Wolverhampton 34 and 49 – are currently confined to the depot, with seemingly little prospect of an upturn in their fortunes any time soon. The situation is not helped by the fact that the tram which operates the vast majority of journeys at the museum, the single-deck ‘Tividale’ car 34, is also in a very poor condition having been used extensively all year round without any serious workshop attention for about twenty years. 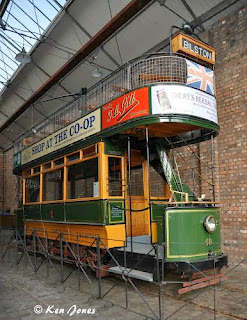 Wolverhampton 49, the beautiful open-topper, is rarely used and is not considered for regular service, and so even if the trackwork could be repaired, the future of regular tram operation at Dudley would still be doubtful in the long term. Another Tividale tram, Dudley & Stourbridge 5, moved to Wales for a major overhaul some time ago but work is believed to have stalled due to a lack of funds to finance this project, leaving the tram in limbo. 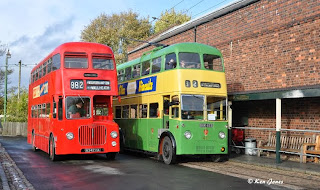 As if the news about the museum’s tramway wasn’t bad enough, their operational trolleybuses have also been mothballed due to concerns about the presence of asbestos in these historic vehicles. Although this is apparently safely contained and within acceptable regulated guidelines, surveyors have refused to examine the condition of the trolleybuses for this reason and all are therefore now out of service as well.

This leaves a vintage bus as the sole means of transportation for visitors around the museum site at present, and having seen the effects of intensive use on Wolverhampton 34, this could have dire consequences for the bus if this situation is allowed to continue for too long.
Rumours of a poor state of health for the Living Museum’s finances have persisted some time, and a general lack of interest in the transport shown by previous management even in brighter times has left the museum facing a very bleak future indeed. Some heritage themed attractions have benefitted from financial support from local Councils and such assistance could well provide salvation for the trams of Dudley, but otherwise it is difficult to see a positive way out of this difficult and unpleasant situation.