Two men have been jailed for orchestrating a series of "crash-for-cash scams", including one involving a major operator's bus with up to 40 passengers on board.
Mohammed Gulzar and Shoaib Nawaz, from Sheffield, attempted to net £500,000 from a series of fraudulent insurance claims via their firm City Claims 4 U.
One staged accident involved a 12-tonne bus hitting a car in Burngreave, Sheffield.
Gulzar, 31, and Nawaz, 25, were jailed at Sheffield Crown Court.
Gulzar and Nawaz, who were found guilty of fraud after a trial last year, were jailed for four-and-a-half years and three-and-a-half years respectively.

The court heard how the bus crash, in June 2011, was just "the most extreme example" of a series of fake collisions masterminded by Gulzar and Nawaz.
The collision was only slight and caused £800 of damage to the vehicle but innocent passengers among those on board said they were amazed to see some people overreact to the small bump.
One man even threw himself into the windscreen.
Detectives found that some passengers had picked up claim forms from Gulzar's company, City Claims 4 U, even before the crash had happened.
Inquiries into the bus crash led to a wider investigation into the Sheffield-based firm.
Judge Graham Robinson heard how Gulzar set up more than 30 collisions in order to make false claims which could have cost insurance companies almost £500,000, although only around £40,000 was ever paid out.
Charges were eventually brought in relation to nine fake incidents in Halifax, Sheffield and Rotherham.
Det Con Mark Wootton, of South Yorkshire Police, said: "The sentences handed out today send a strong message to those who think they can get away with making false claims and defrauding insurance companies to pocket the cash for themselves.
"It is also vital to point out that this is not a victimless crime. Not only do false claims raise insurance premiums for all drivers, but staging crashes such as these could have resulted in injury or even death.
"It is by sheer luck alone that nobody was seriously hurt in these reckless collisions."

A graffiti tribute to the late Only Fools And Horses star Roger Lloyd-Pack has been spotted on the side of a train. The 'Trigger' street art, which features the 69-year-old actor's nickname in the popular BBC sitcom, was sprayed on the side of a Southern train carriage. The show's logo was also included in the artwork but was adapted to say Rest in Peace. Architect Andrew Paulson posted a picture of the mural on Twitter yesterday and it was quickly shared hundreds of times. He wrote: "I don't condone graffiti, but had to smile at this one at Tonbridge station." Southern said the train had since been taken out of service and that the graffiti was being removed. Lloyd-Pack died of pancreatic cancer last Wednesday at his home in Kentish Town. Sir David Jason, his Only Fools and Horses co-star, described him as "a pleasure to work with". Another mural featuring Lloyd-Pack was spotted in Brighton. Paul Gargan, who discovered the artwork, posted a picture of it on Twitter with the caption: "Brilliant graffiti tribute to Roger Lloyd-Pack's 'Trigger' appeared over the weekend in Brighton".

Tribute: the graffiti on a train at Tonbridge station (Picture: @Andrew_Paulson/Twitter) 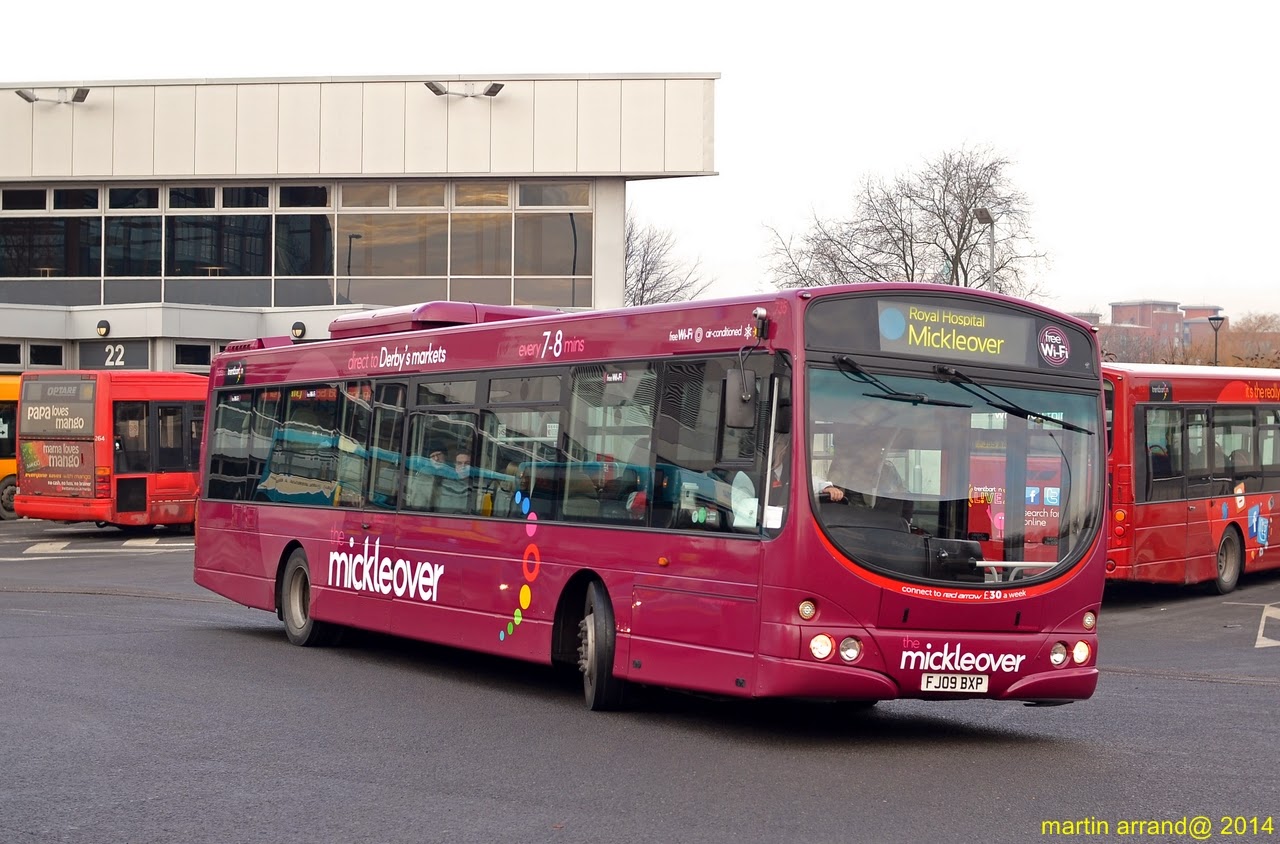 Martin Arrand has provided another set of images from his recent visit on a rather dull-weathered Derby day, all modern low-floor buses bar one operated by Arriva, Kinch, Trent and Yourbus. These can now be viewed here