FEELING THE HEAT DOWN UNDER 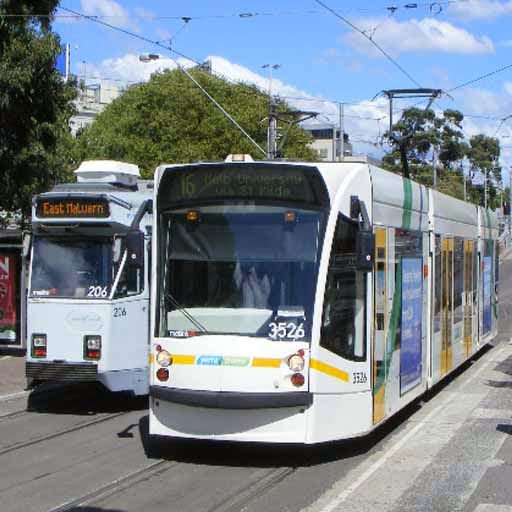 Unplanned disruptions due to extreme weather - Thursday 16 January.
Yarra Trams is doing everything it can to provide passengers with a reliable service in these extreme weather conditions. Trams are operating across the network with the exception of Route 82, which is being served by buses in order to free up trams for other routes. We are expecting that our full commitment to tram maintenance will allow us to return some trams that were earlier affected by heat to passenger service for this afternoon' s peak.
Passengers are advised to stay hydrated and allow extra time for their journey in case of any disruptions caused by the extreme heat. The afternoon peak is expected to occur at the same time as the hottest temperatures of the day.
Yarra Trams continues to provide water and other support to its dedicated employees who are doing a fantastic job in difficult circumstances.
Passengers connecting to trains should be aware that Metro Trains has advised passengers to leave the CBD before the PM peak begins.

Tram service changes
Route 82 trams are being replaced by buses until last service Friday. Buses will stop at or near existing tram stops. Trams on other routes may not run to the usual frequency as our maintenance crews battle the heat to get as many vehicles on the road as possible. 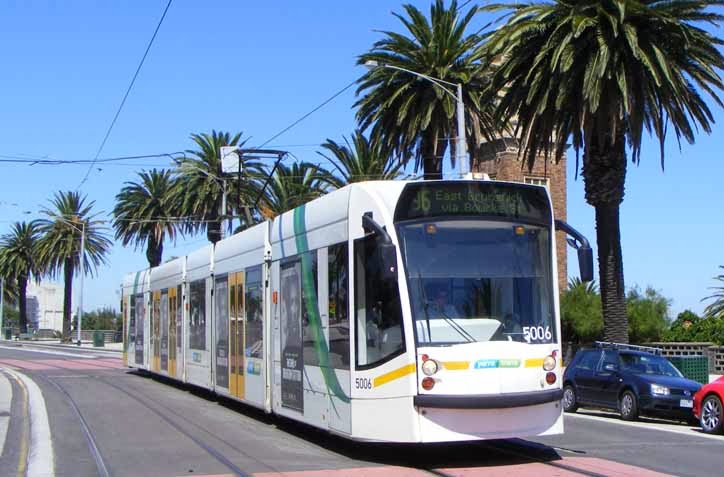 Commuters were warned of a difficult journey home, with scores of trains and trams predicted to fail as the temperature soared into the mid 40s. Metro had urged commuters who could leave work early to do so. Melbourne' s rail operator expects to have to take many of its trains out of service this afternoon as the extreme heat takes its toll.
"Due to the ongoing extreme heat, Metro is urging all of our customers to leave the CBD as early as practicable, " spokesman Daniel Hoare said. "This afternoon' s peak will present significant challenges for our train airconditioning units.
"There is no precedent for Melbourne' s heat this week. We are managing a very difficult situation and we urge all of those who can travel before the afternoon peak to please do so, where possible. We understand the heat is already making life difficult for all Melburnians and we thank you for your ongoing patience."
Yarra Trams echoed the warning, urging passengers who can travel early to do so due to the need to take trams out of service for maintenance. One tram route has already been cancelled due to the hot weather. Route 82 from Footscray to Moonee Ponds is suspended until Saturday so those trams can be allocated to other routes.
Replacement buses are operating.
"Yarra Trams is doing everything it can to provide passengers with a reliable service in these extreme weather conditions," spokesman Simon Murphy said.
"Trams are operating across the network with the exception of route 82, which is being served by buses in order to free up trams for other routes."
He said passengers should allow extra travel time. "The afternoon peak is expected to occur at the same time as the hottest temperatures of the day. Passengers who can travel earlier than normal should consider doing so, as stretching the afternoon peak over a longer period will assist our management of trams during the rest of the day."
Public Transport Users Association president Tony Morton said transport meltdowns would continue to happen every summer in Melbourne until the system was made more resilient to extreme heat.
"This is going to happen every summer now. It's really not good for Melbourne. You can't have a city that just ceases to operate whenever it gets too hot," Dr Morton said.
Despite calls from Metro rail warning commuters to go home early, Southern Cross Station did not experience an early peak.
Fairfax media spoke to more than 55 sweltering commuters of which 17 said they were responding to Metro's warning.
Opposition leader Daniel Andrews said Melbourne' s rail network had never been in worse condition.
"How could Denis Napthine claim to have fixed the problems on our train network when things have never been worse? Denis Napthine has fixed nothing and in fact he and his cutbacks are the problem," Mr Andrews said.
The government defended its record on public transport since coming to power, saying trains were more reliable now than in previous summer heatwaves.
"Experience over the summers since the heatwave of 2009 has shown that full infrastructure checks ahead of summer and extensive maintenance work has helped to improve the resilience of the rail network on hot days," a spokesman said.
"This sort of extreme weather will impact all forms of infrastructure, but actions are in place to minimise the impacts. Metro has so far been able to deliver the vast majority of timetabled services, albeit with some delays as a result of speed restrictions. Yesterday Metro delivered more than 95 per cent of its timetabled services."
The spokesman said that upon coming to government, the Coalition allocated $100 million in maintenance funding over four years, in addition to Metro's regular annual works budget, and this has enabled important summer preparedness works such as re-stressing of tracks, rebuilding of train air-conditioning units, and works to reduce the likelihood of power and signal failures.