Go North East has officially opened a brand new £8.5m super depot, bringing its investment in the region to £30m over the last two years.

The 3,500 sq m depot will accommodate 160 buses and will be home to more than 500 drivers and engineering staff.
The new, high-tech facility replaces depots at Sunderland Road in Gateshead and Winlaton that date back to the days of the tramways. All employees at these bases are transferring to the new building, which includes a brand new driver training school and the company’s occupational health department.
Although the opening ceromony took place on 28th January vehicles will move into the new premises over the weekend of 1st and 2nd February.

See the article on our Features website here for more details about Go North East's investment, together with more pictures taken on the day of opening.

AND NOW FOR THE 'OLD' NEWS

A4 class steam engine Dominion of Canada 4489, was one of the six of the type displayed at the National Railway Museum's 'Great Gathering' event during 2013. Yesterday it was delivered by road on a low loader to Barrow Hill and the Focus Transport team were able to capture the arrival in preparation for an event during February. The engine is a non-runner and arrived from a museum in Canada to the United Kingdom not in the best of condition. The NRM did some remarkable work on the engine before being put in the 'Great' exhibition, where amongst the other exhibits, it was well received. 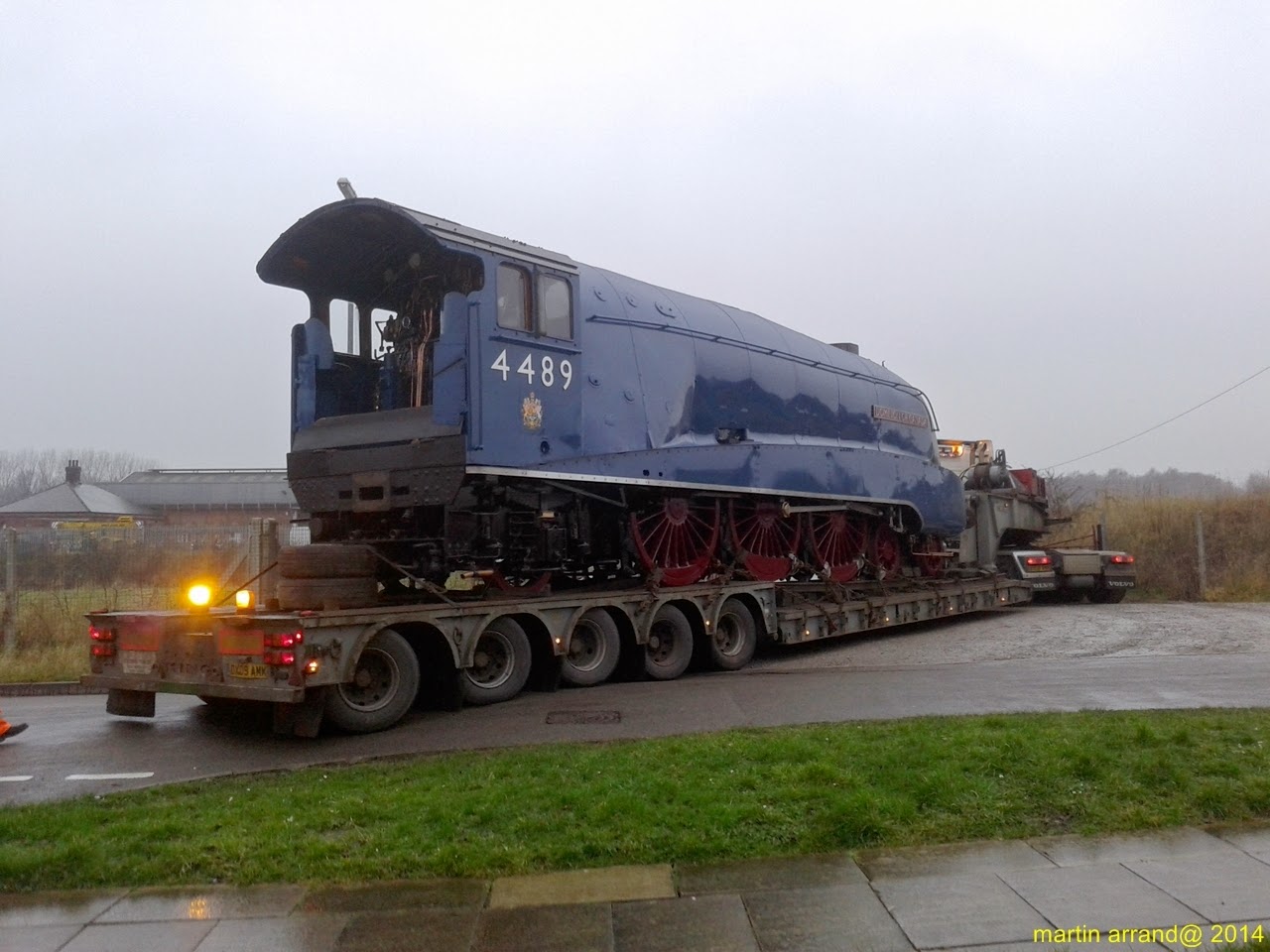 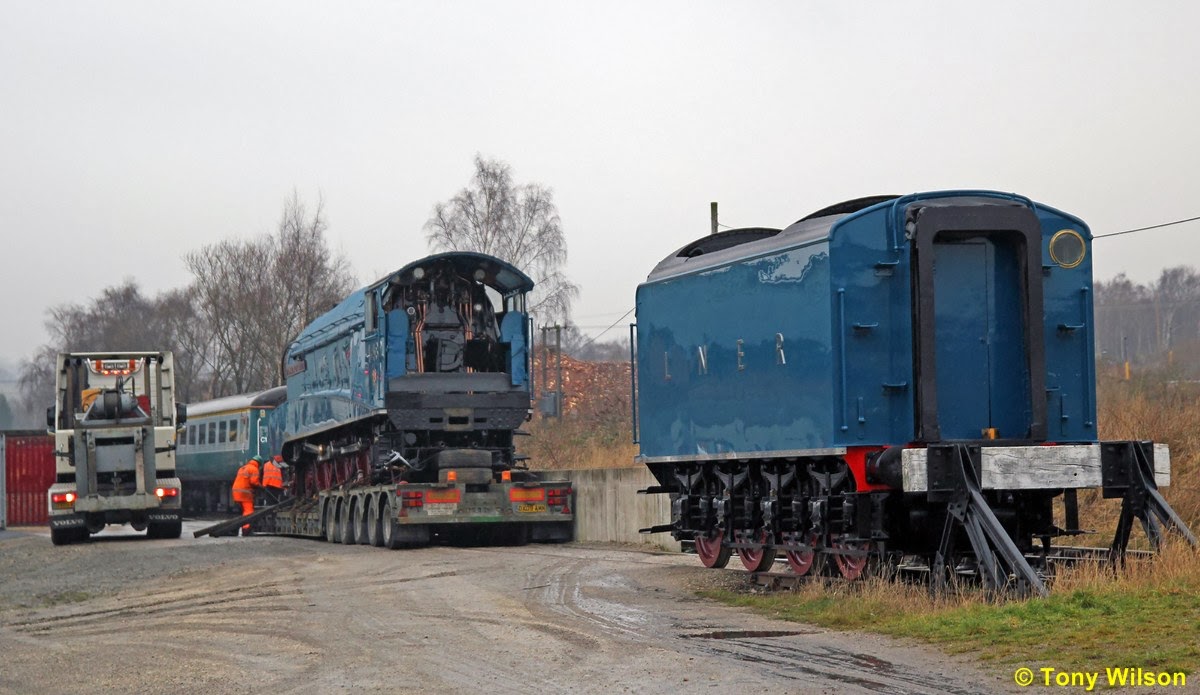 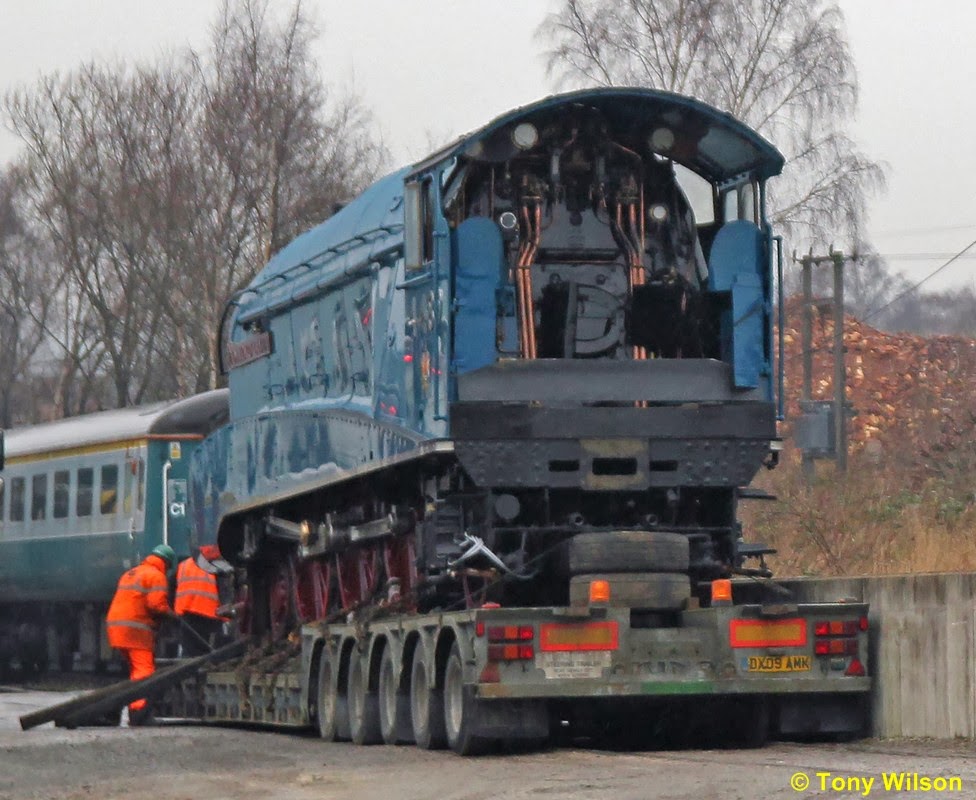 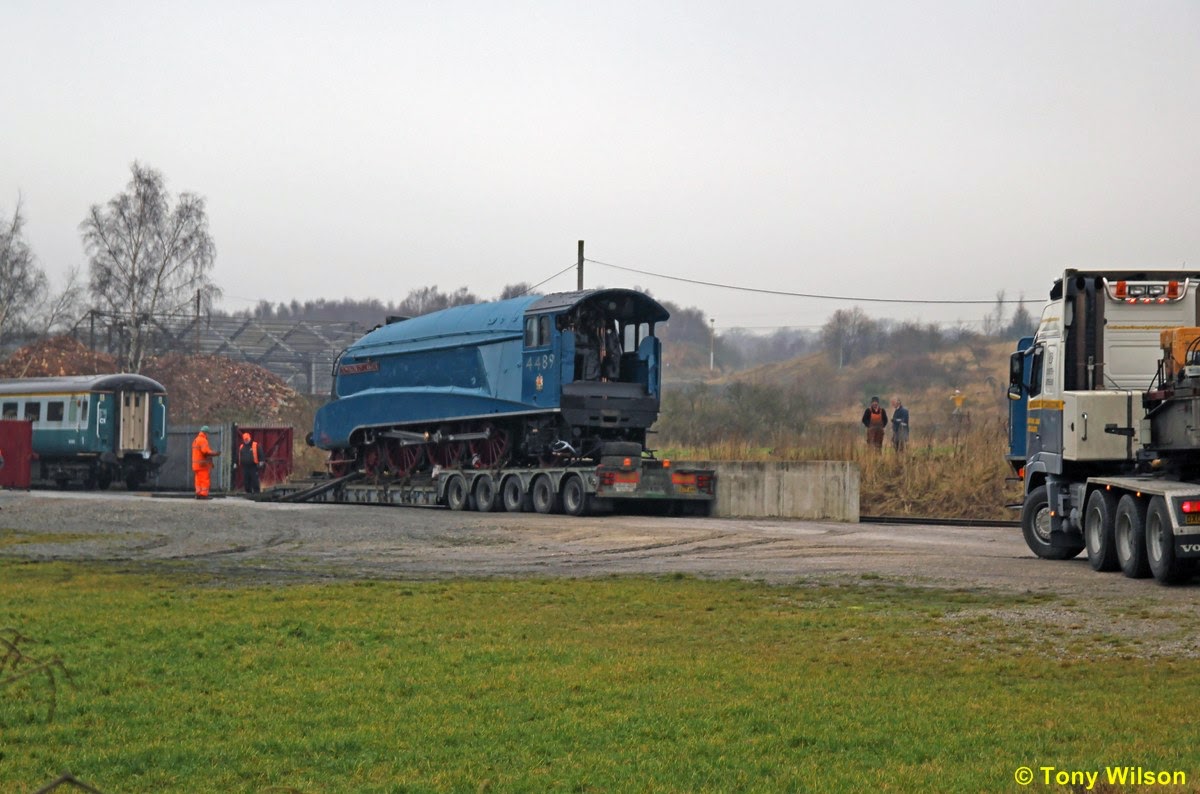 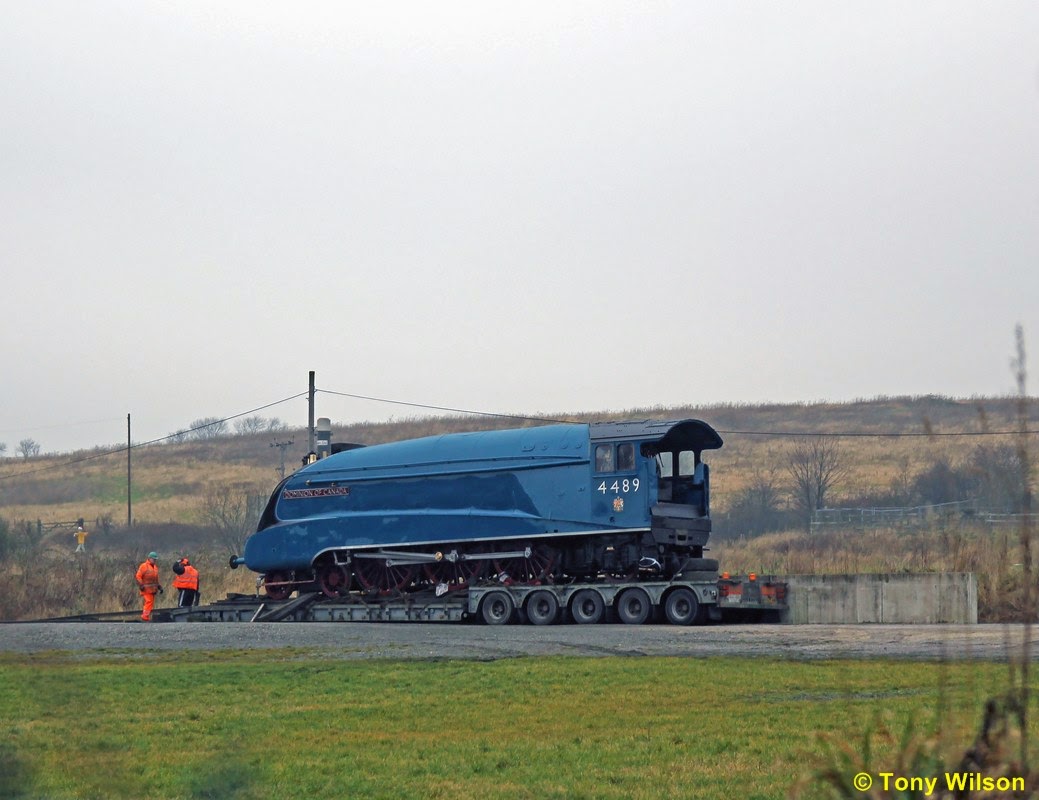 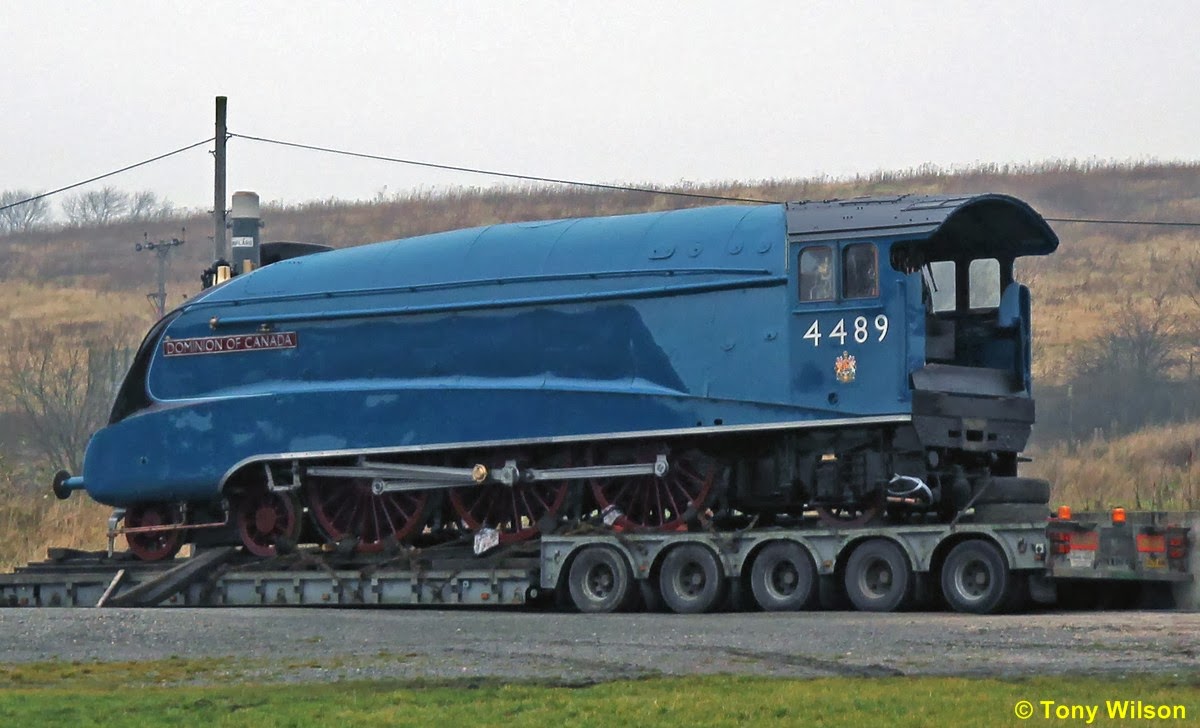