From The Argus - online 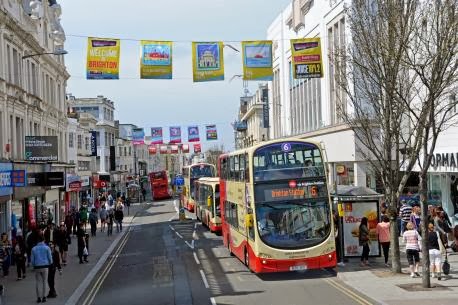 Brighton and Hove bus bosses will have to own up if their polluting vehicles are not meeting strict new guidelines.
From January 1, 2015, a “low emission zone” will be introduced in Brighton and Hove city centre as part of plans to improve air quality.
As councillors gave it the go-ahead, town hall officials confirmed they would not be actively enforcing the restrictions despite having CCTV cameras along the “bus corridor”.
Instead, they said it would be up to bus operators to tell them when vehicles breaching the limit were used while the government's Traffic Commissioner would oversee any fines.
The new zone, which will stretch from North Street to Palmeira Square and only cover buses, was unanimously approved by Brighton and Hove City Council's transport committee on Tuesday.
Speaking after the meeting, Green councillor Pete West said: “Our great bus network already improves the city's air quality by reducing the number of private vehicles that would otherwise be travelling on our streets.
“It's great to see bus companies doing even more to help reduce emissions - something we'd like to help other organisations and individuals do too.”
The new area is one of a number of steps the council is doing to reduce pollution and ensure the city does not get hit by EU fines. 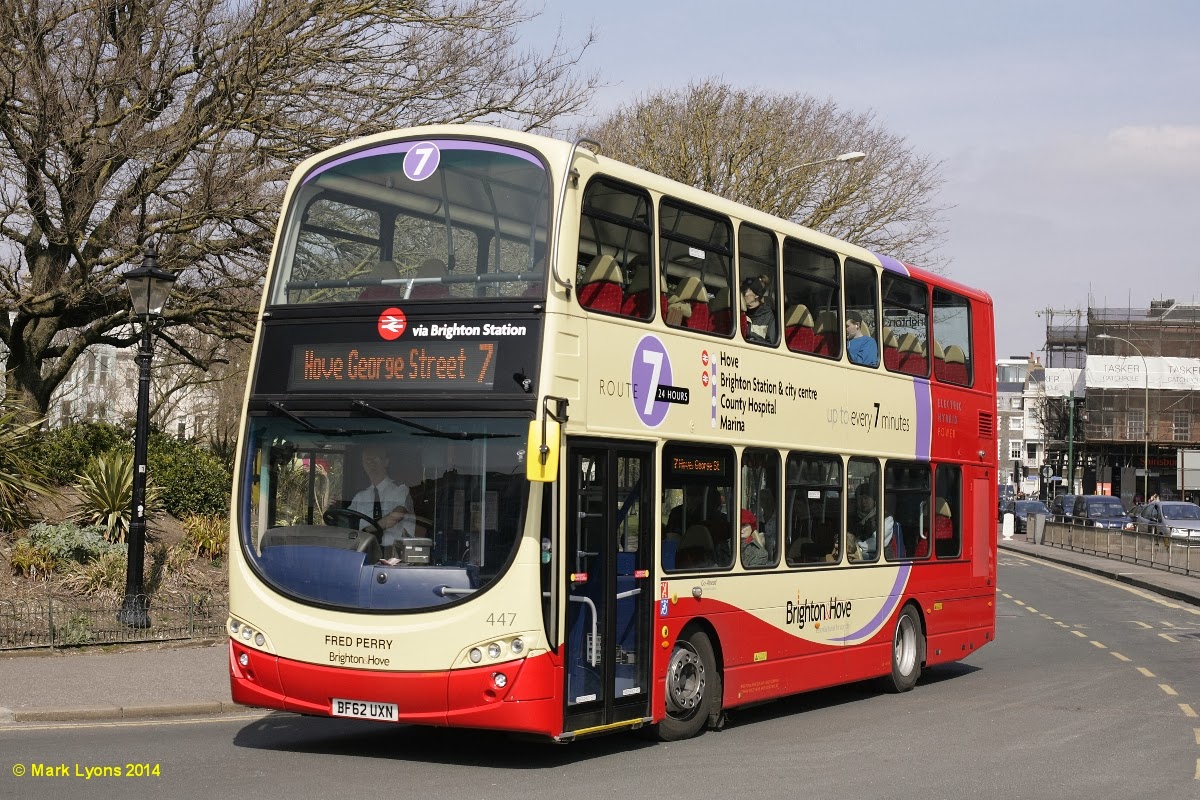 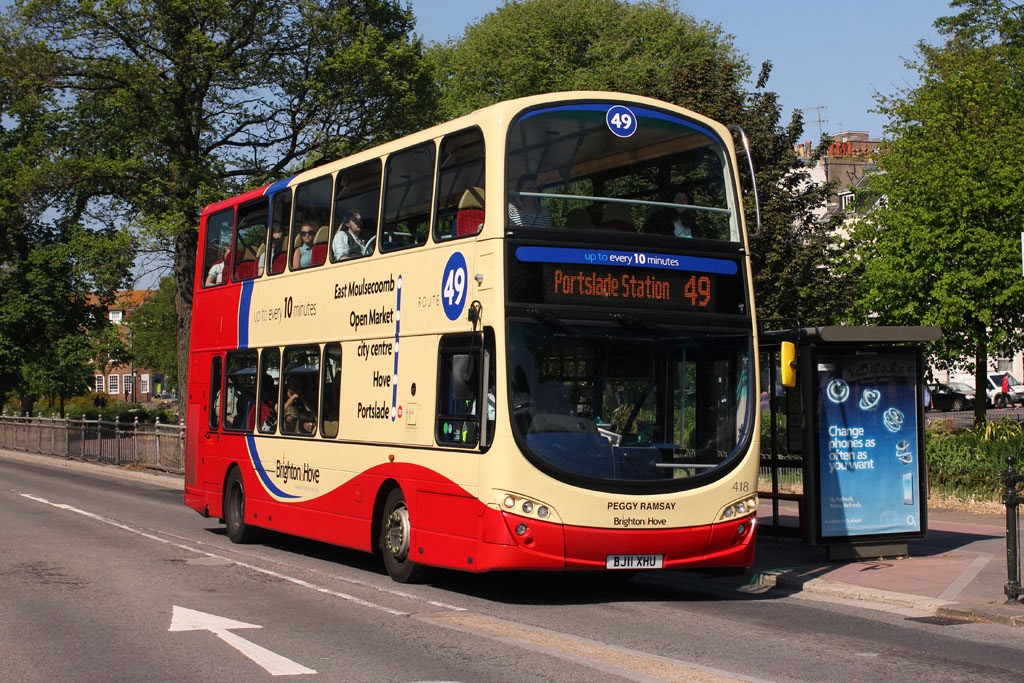 Tim Nicholls, the council's head of regulatory services, said the city “was not made for the internal combustion engine” with hills, tall buildings and tight roads leading to the “canyon effect” of fumes not being able to disperse.
Those buses that do not meet the strict standard will be barred from using the city centre unless it applys for a licence from the local authority.
Martin Harris, of Brighton and Hove Bus Company said more than a third of its 300-strong fleet will not meet the test in 12 months time. 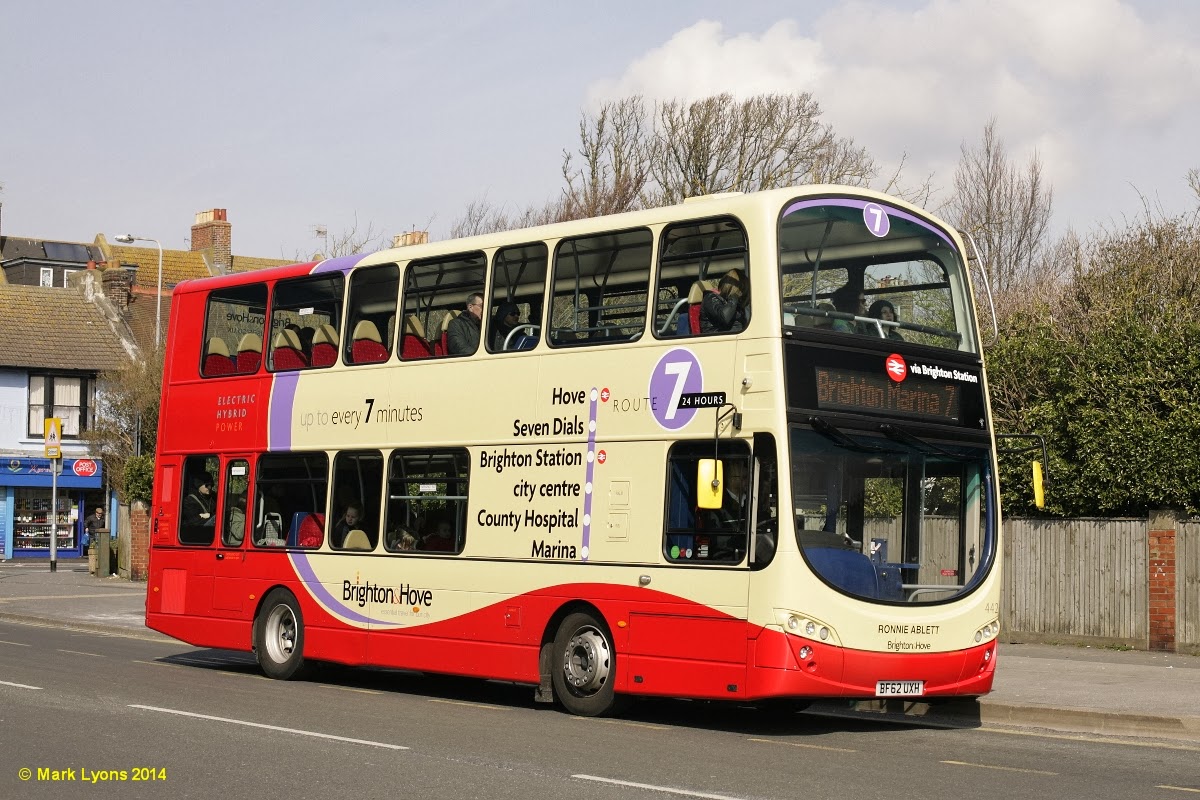 This was despite a government grant of £700,000 towards the scheme meaning 50 of its vehicles would be retrofitted with catalytic converters.
Mr Harris said he was confident the zone would not have “unintended consequences” for passengers, such as increased fares, reduced frequencies or disruption to the pattern of services.
Green councillor Ian Davey said the zone meant the local authority would be able to look elsewhere for funding to pay for future works.
Conservative councillor Graham Cox said: “I do not expect any bus company to use this as an excuse for putting up bus fares.”
Labour councillor Gill Mitchell said: “I think it's the right thing to do and it's a good first step.
“All credit to the bus company as they are the ones actually delivering the council's local emission zone.”
The local authority will now apply for formal approval from the Government's Traffic Commissioner.

Despite the tone of the report in the local online media it has been brought to our notice, that it is fair to say that the local bus companies are already doing their best to upgrade their respective fleets.
The new proposed LEZ is in the central shopping district between Old Steine and Hove Palmeira Square covering Castle Square, North Street, Churchill Square and Western Road. Although the 'headline figure' is that only Euro-5 vehicles will be allowed, in fact there are some practical exemptions until current vehicles can be progressively renewed. Euro-3 buses can run until 31/12/16 and Euro-4 until 31/12/19.  In any case a high proportion of buses used on those roads (Brighton & Hove, Metrobus, Compass Bus, thesussexbus and Stagecoach) are already compliant or are due for imminent replacement within those time limits. 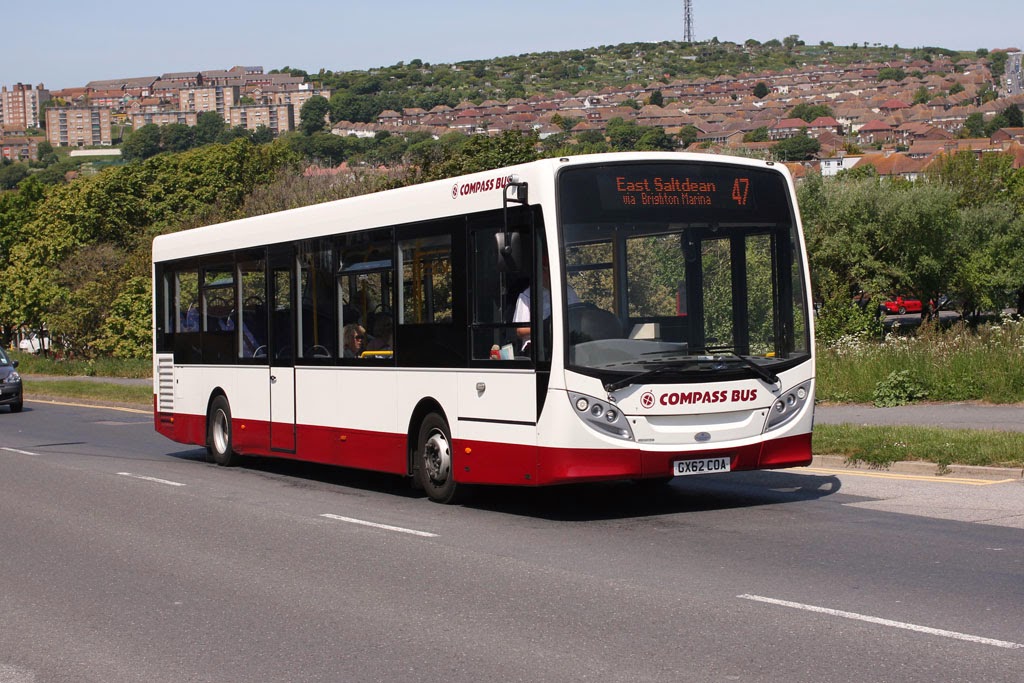 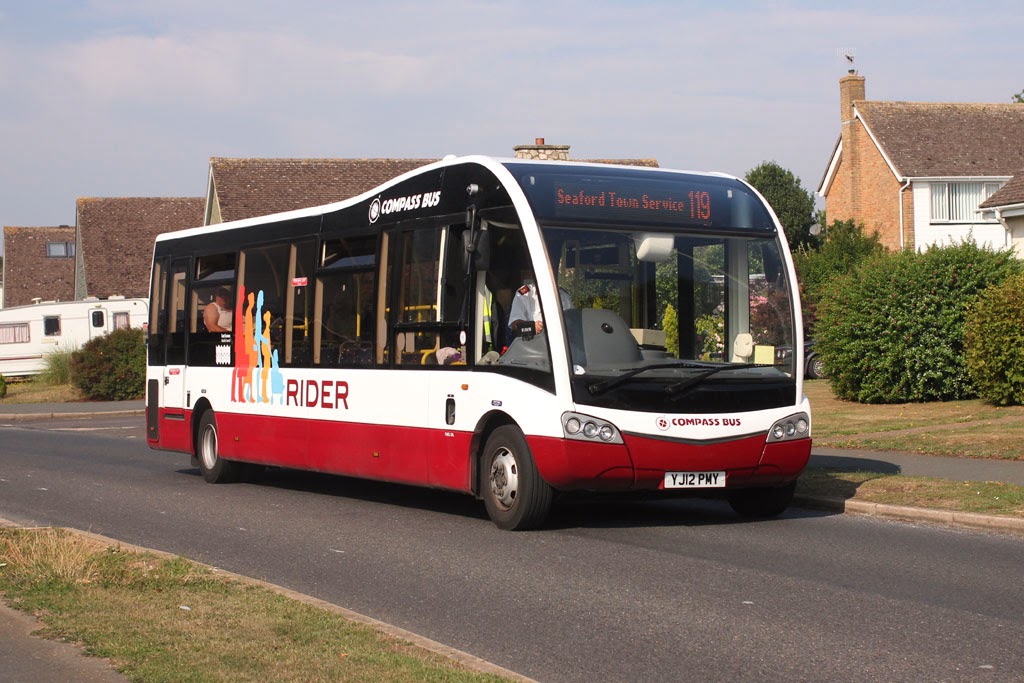 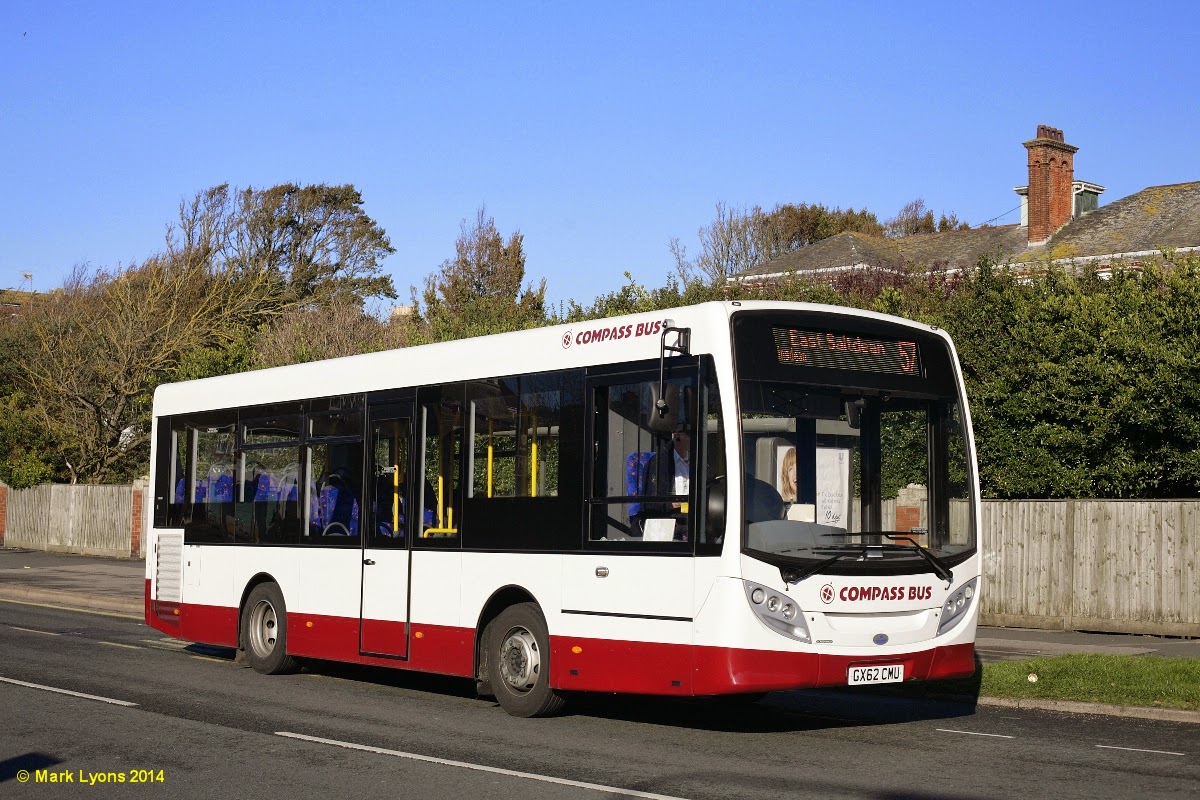 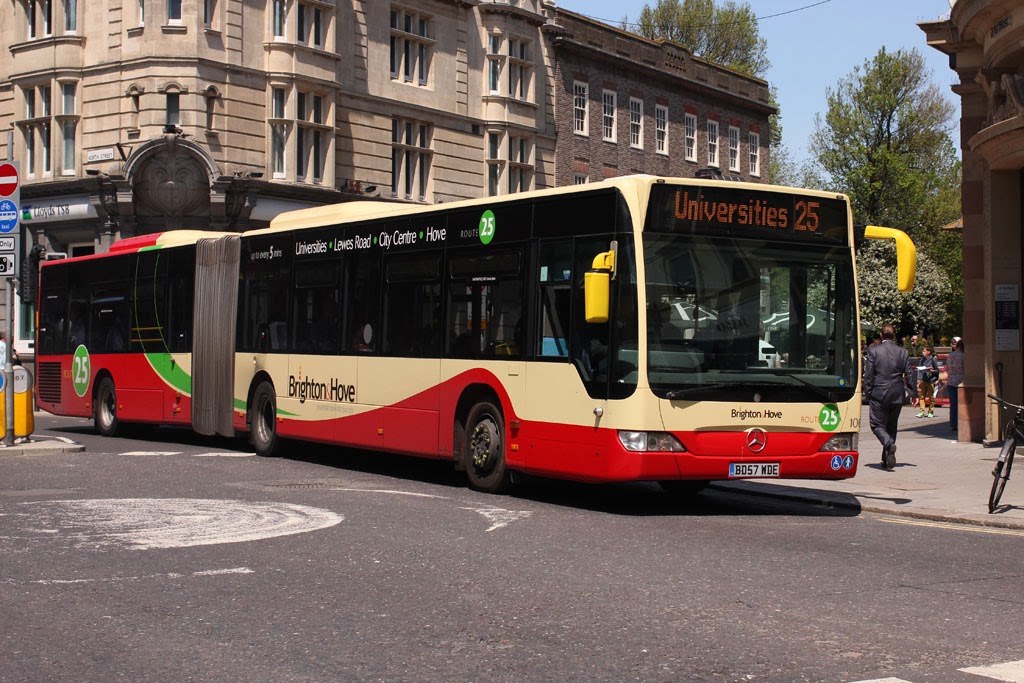 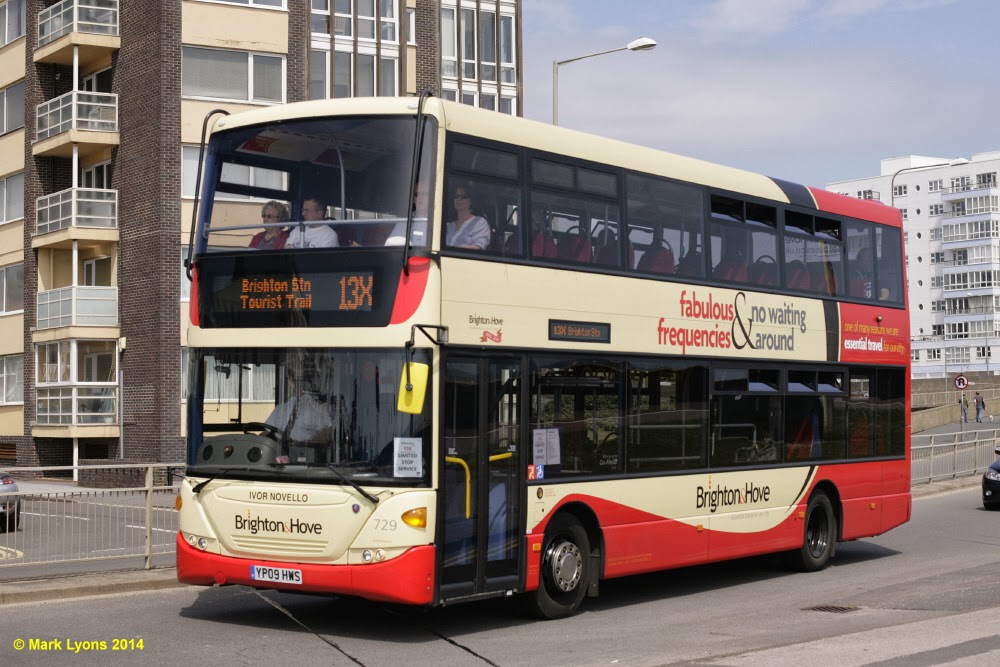 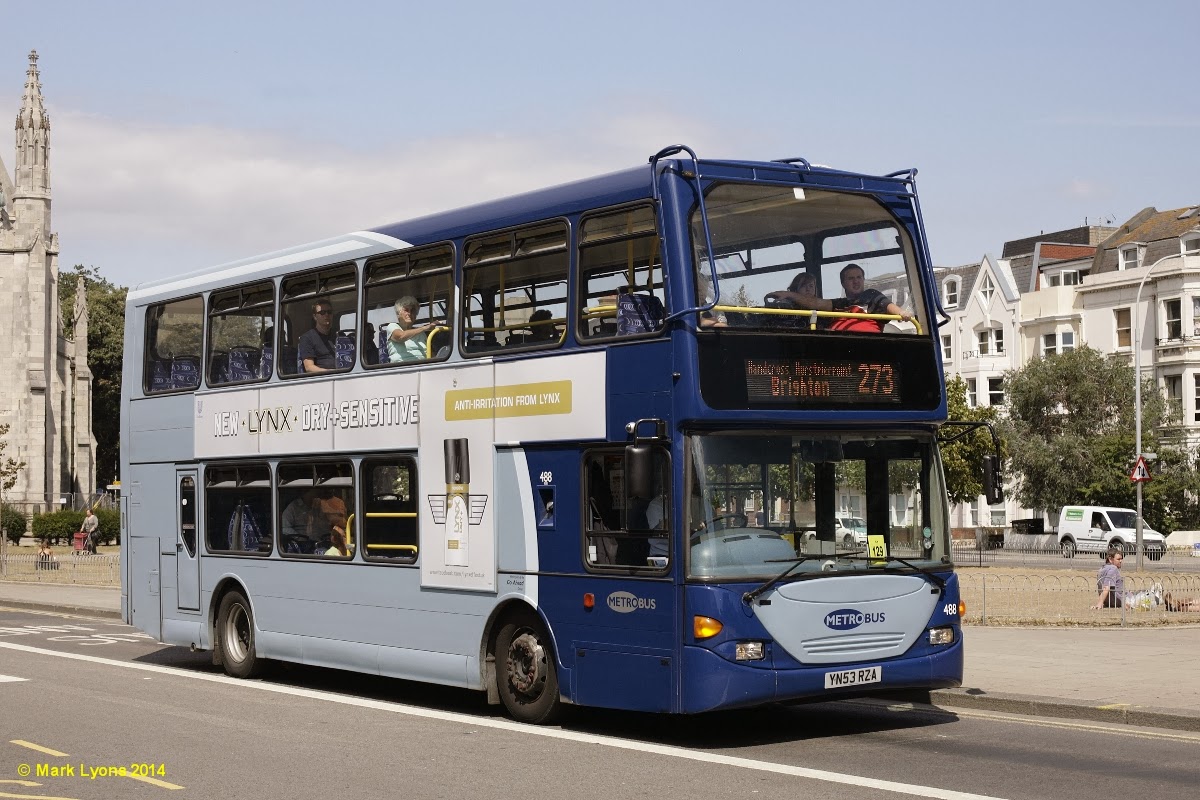 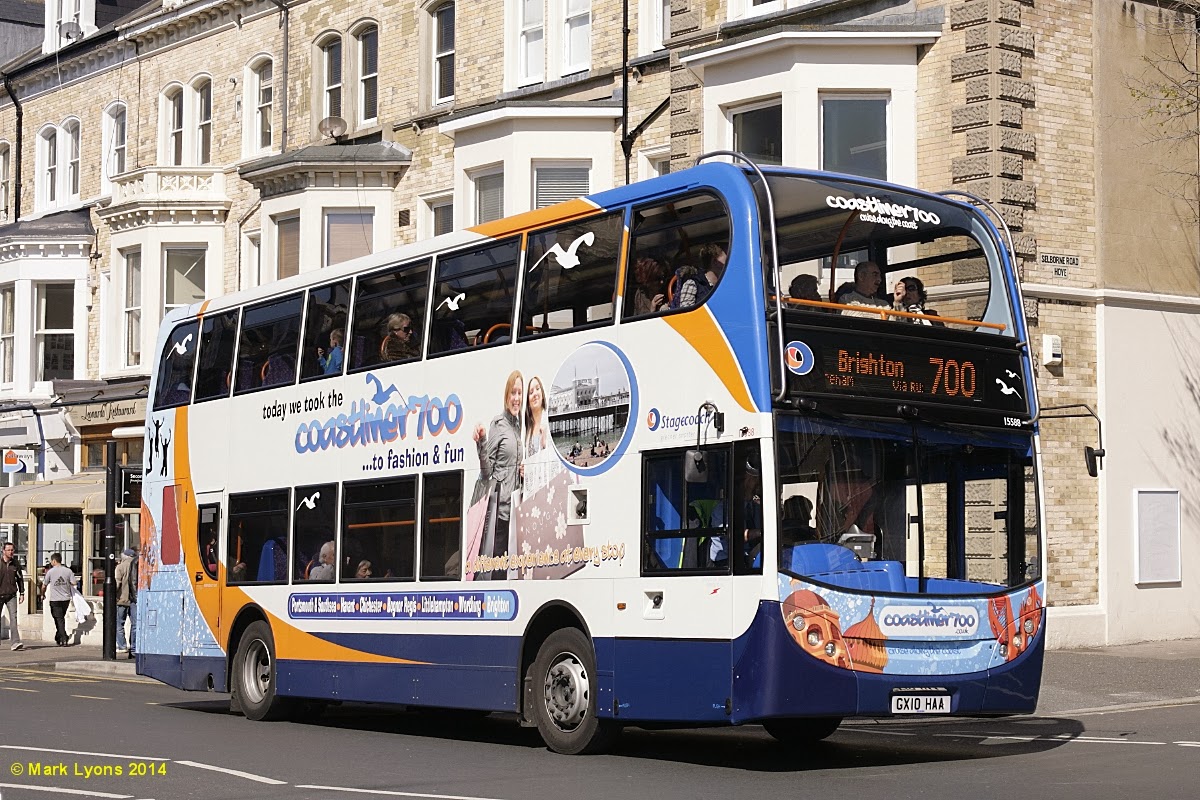 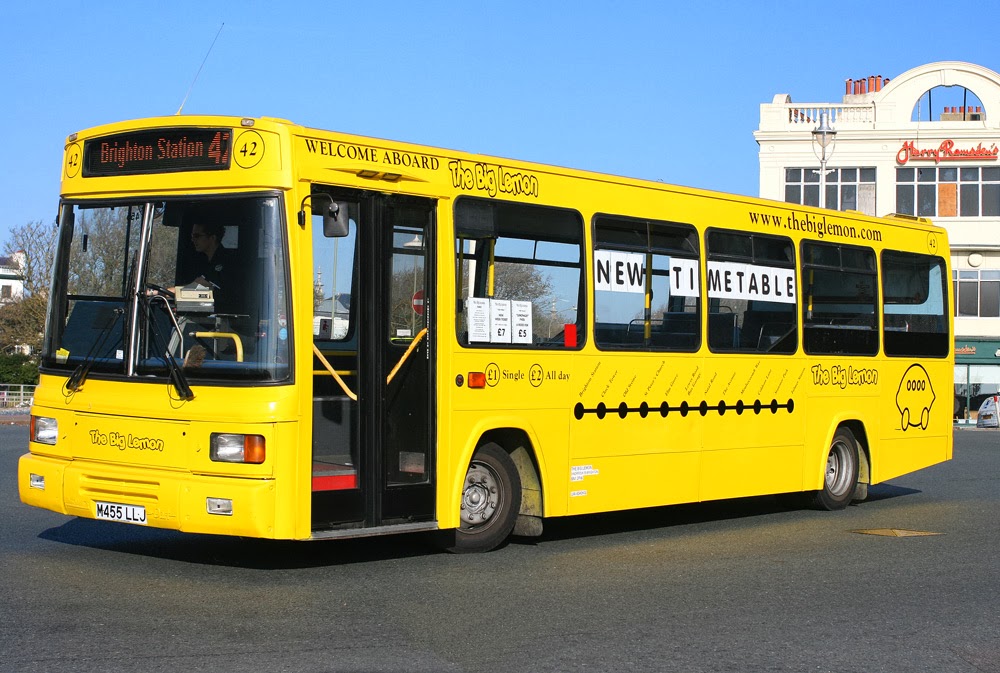 Images have been kindly supplied by Eamonn Kentell, Mark Lyons and Terry Wong Min with some text guidance from Dave Stewart