At noon yesterday Transport for London (TfL) launched a silver (and red) version of their New Routemaster (some still refer to it as the New Bus for London [NBfL]), at City Hall nearby to Tower Bridge. 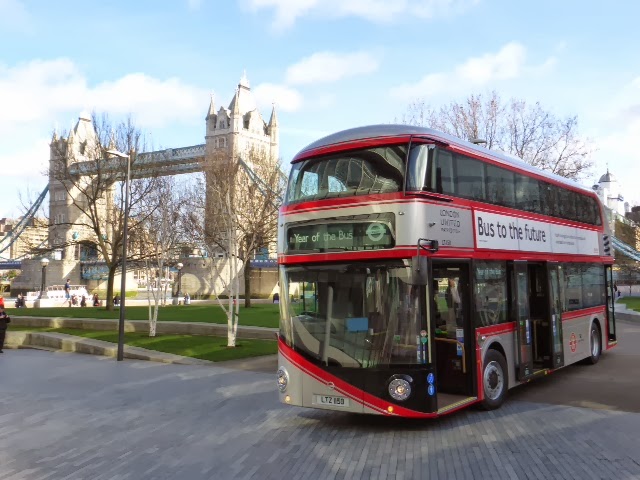 It will go into service with London United on route 9 (Hammersmith & Aldwych). Then later on in the spring it will transfer to route 10 (Hammersmith & St.Pancras Station), when that route will be the next to have the type, after the conversion of route 148 (Camberwell Green & White City) on the 15th February. 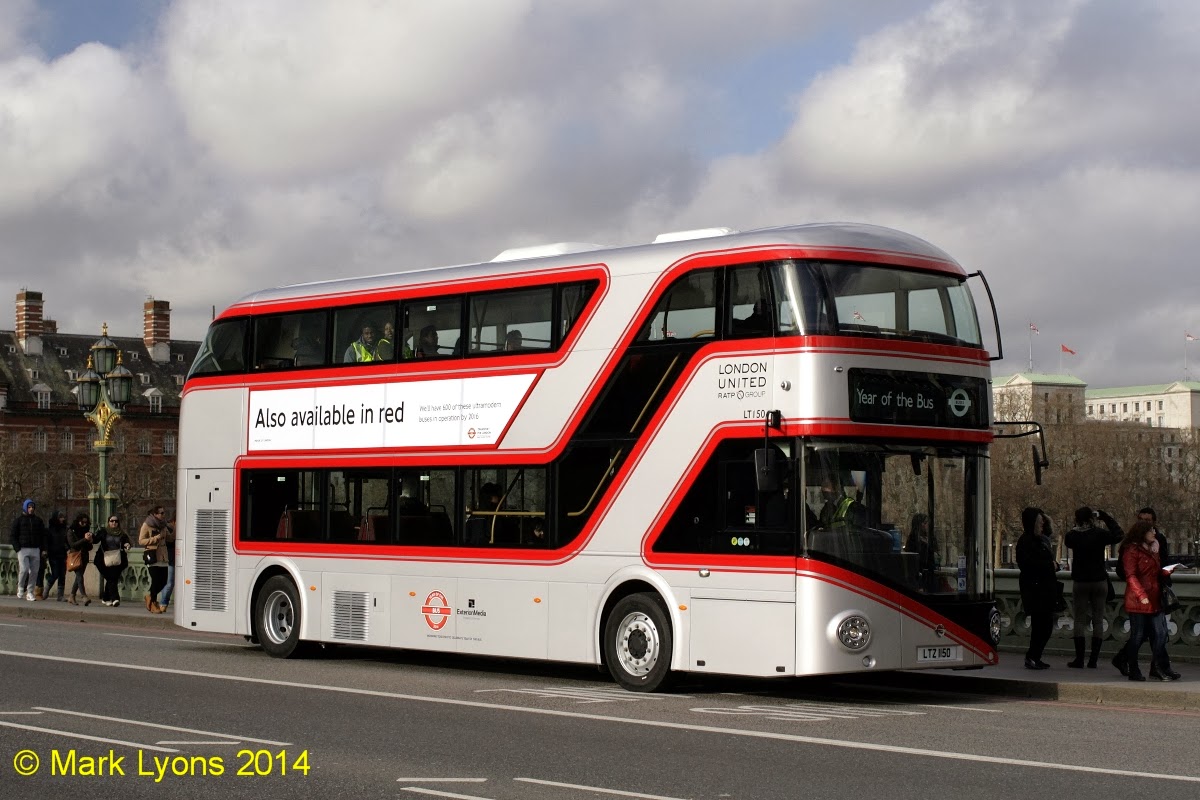 Later in the day the bus was driven around parts of Central London, the offside aspect of the bus shown here as it passed over Westminster Bridge (Mark Lyons)
It has also recently been announced that Route 9H (Trafalgar Square & High Street Kensington), the heritage Routemaster route will be withdrawn during the spring. However, route 15H (Trafalgar Square & Tower of London), the other heritage Routemaster route, will continue to operate for the time being.
Hope this helps should you wish to plan any London trips in the near future.
As a reminder of the two heritage routes there follows a small selection of the current traditional Routemaster operation with images kindly provided by Mark Lyons and Terry Wong Min. These include a 'special' in the shape of the unique front entrance Routemaster FRM 1 and another 'silver' RM. 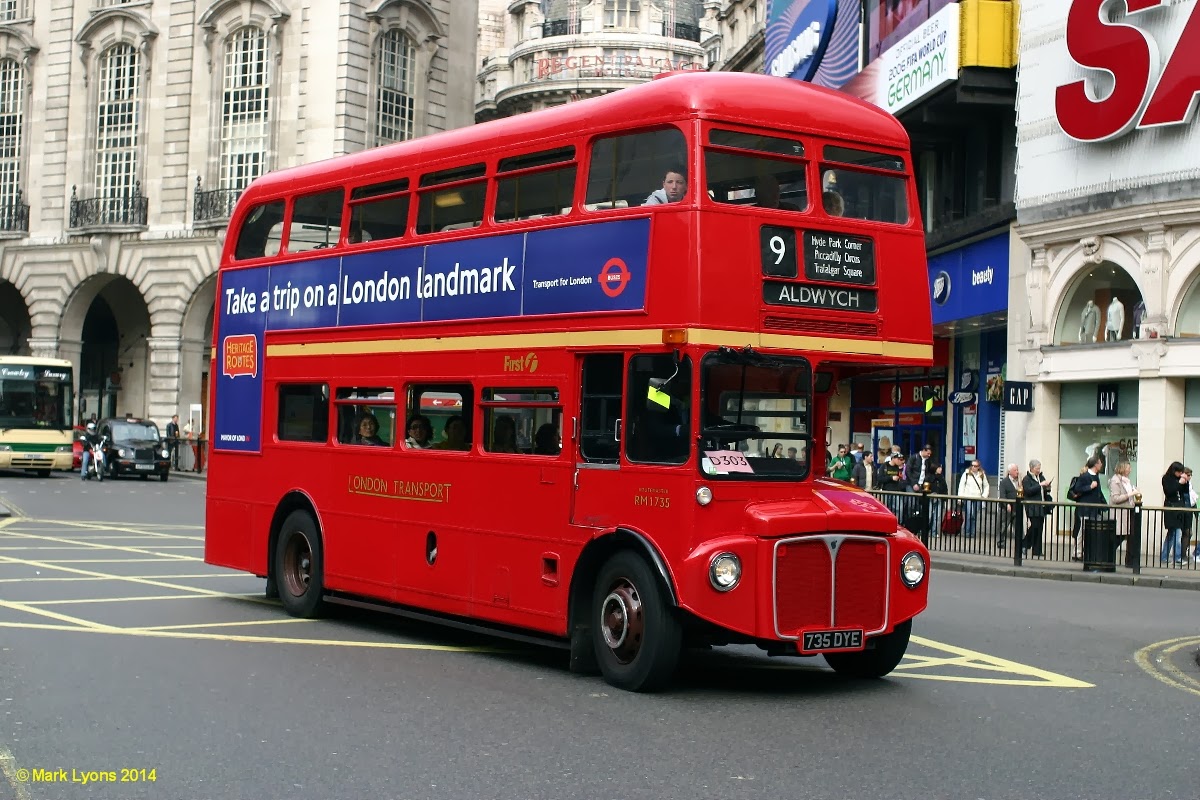 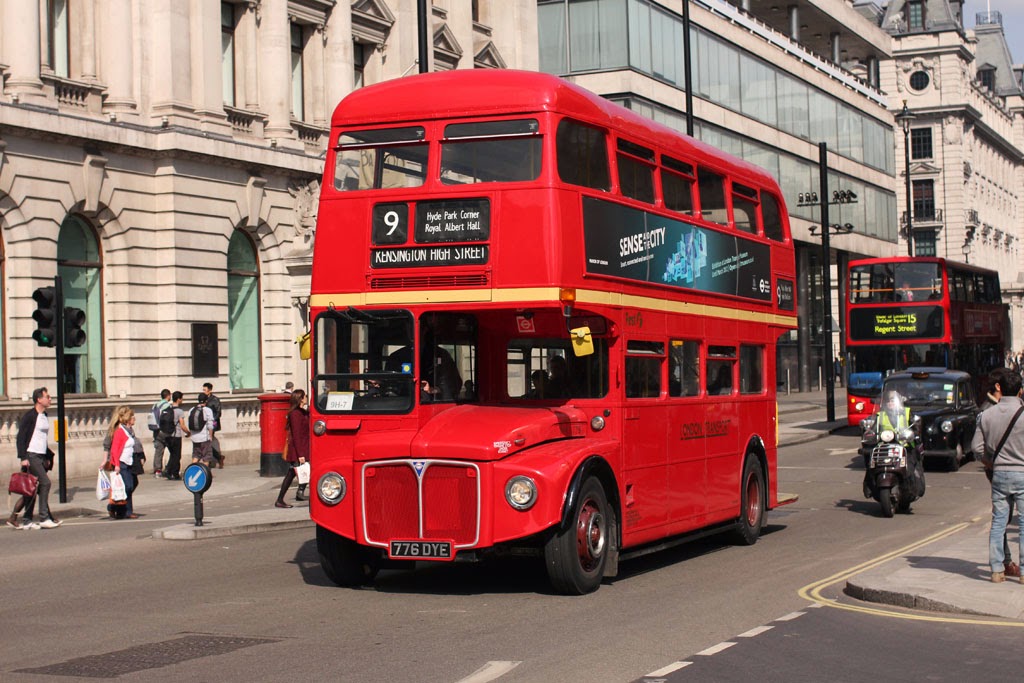 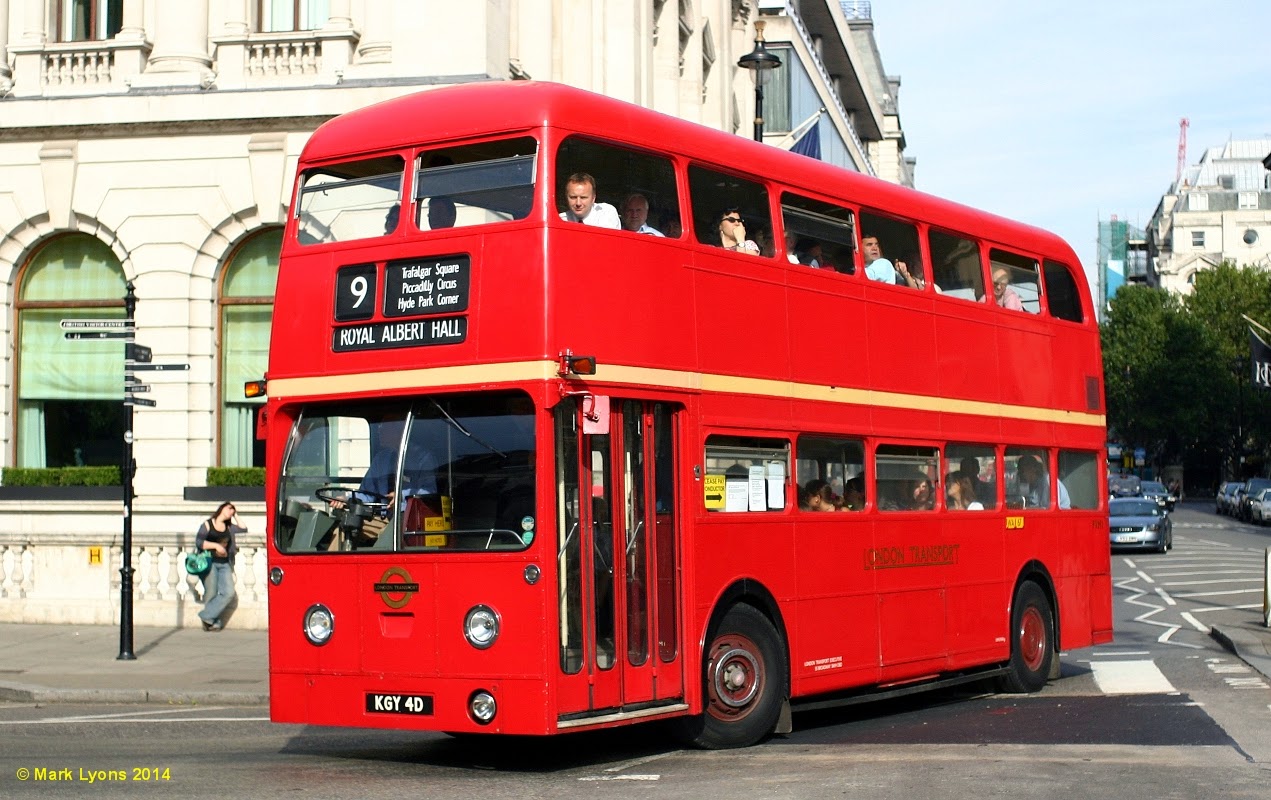 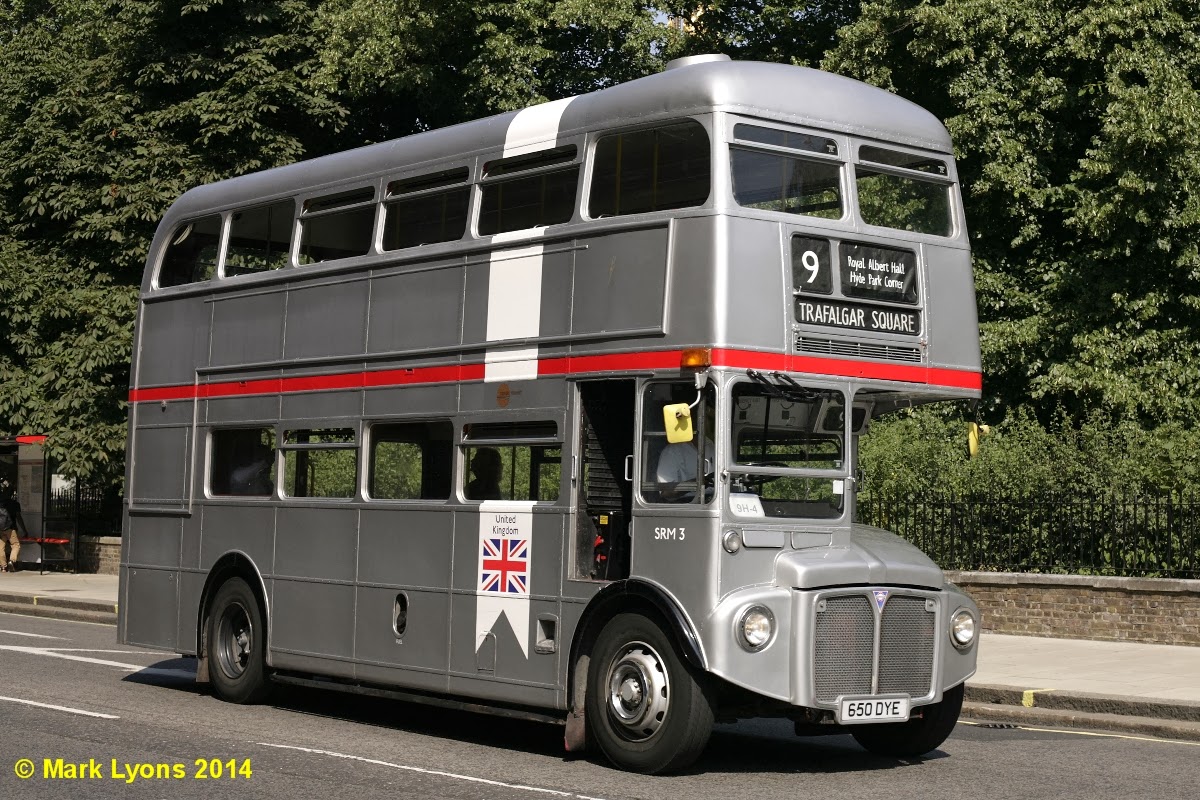 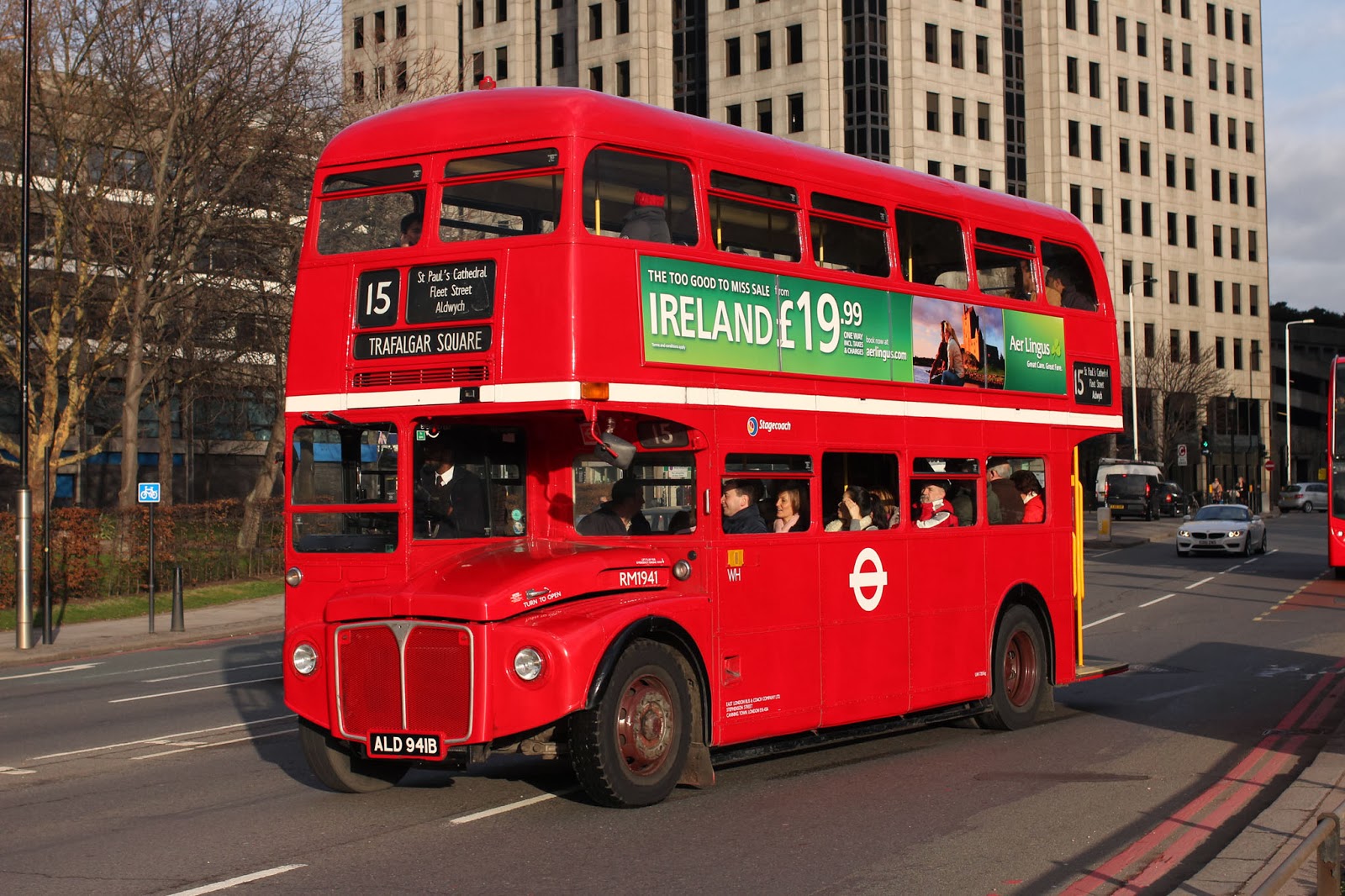 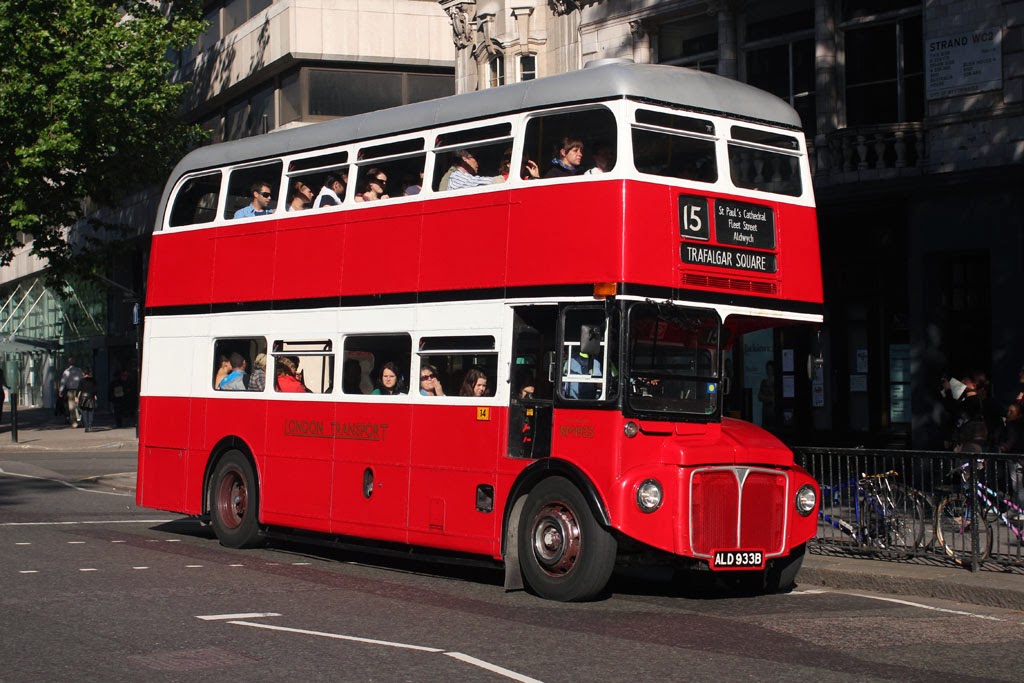 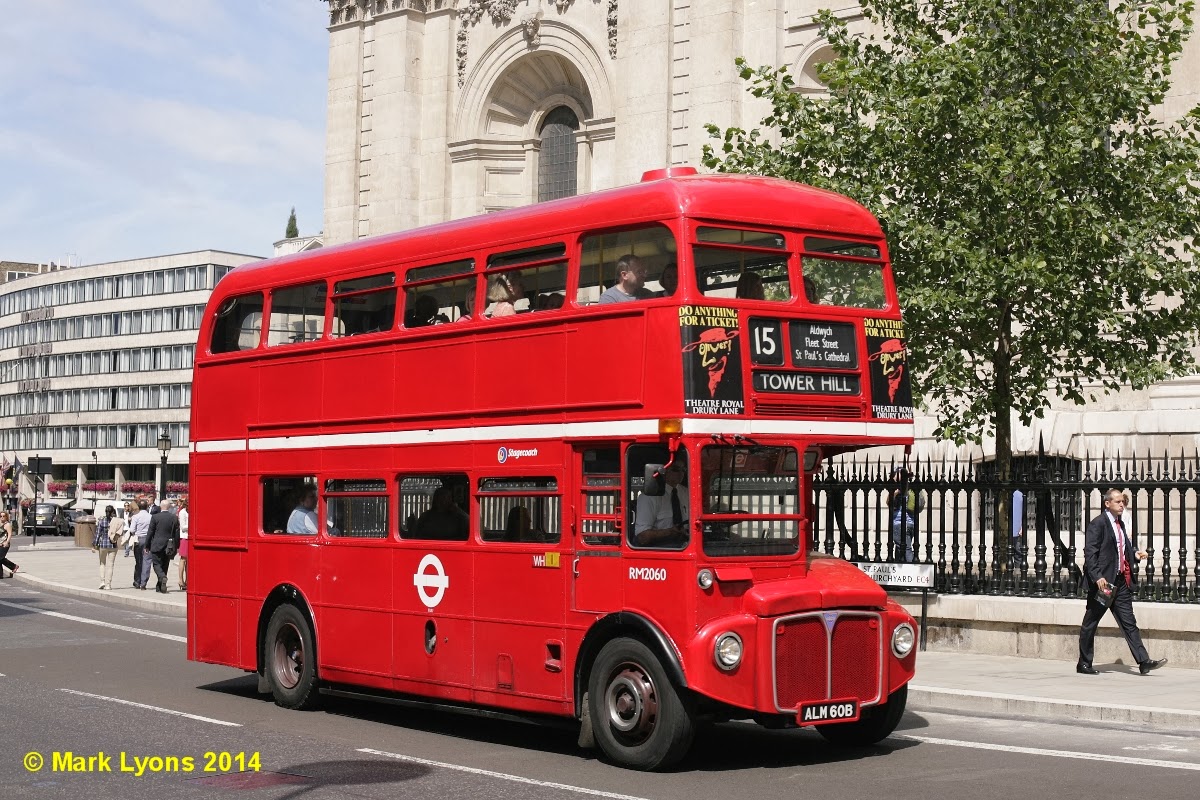