According to British Trams Online News


A surprise new arrival at Crich Tramway Village during the final days of 2013 was the unrestored body of a North Metropolitan horse tramcar, which has been housed at the Tramway Museum Society’s Clay Cross store for many years. However, this development is not a good one, and actually marks the end of the road for this tram which is destined to be broken up at the museum, rather than restored. A review of the horse tram’s future was deemed appropriate as it was one of two derelict horse tram bodies positioned in front of Gateshead 52, which is shortly to be removed from the building and transferred to a new home at Beamish Museum, where it will eventually be restored to full working order. With this in mind, a rare shunting exercise took place at Clay Cross to move two horse trams in order to clear a path for 52 to make its escape early next year. First to move was the Society’s unrestored Eades reversible car, and this was followed by the North Metropolitan car. This tram is in an extremely delicate condition, with supporting beams used to hold it together! The car was carefully moved outside and onto a waiting low loader provided by Scott’s Heavy Haulage, before making the fairly short journey to Crich. There, it was unloaded in the depot yard where it was briefly posed to be photographed by staff and volunteers on site, before being moved into track 1 of the workshop. There, the tram will be dismantled although some parts are expected to be retained for potential re-use in connection with other horse tramcars in the distant future. The decision has been made to dispose of the horse tram as its extremely poor condition would make any restoration of the vehicle effectively a replication, and with other similar cars in existence it was decided by the Society’s Tramcar Conservation Committee that it was not worth retaining in its current form. It was also felt that the tram was in too poor a state to be transferred to another organisation – despite at least one preservation group having shown some interest in acquiring it! This is clearly a very sad end for a vehicle that has clung to life for more than a century, although as stated above some components will survive. It is also believed that this is the tram which had one side cut away and used to create a display cabinet which can now be seen inside the museum’s Exhibition Hall, so at least some of it will remain on display as a reminder of its existence.


The disposal of such an old tramcar is never likely to be a popular decision, although the official Crich Tramway Village website describes the operation as ‘deconstructing’ it, presumably in an attempt to make its destruction seem less brutal. Hopefully if the TMS decide to get rid of any other unrestored trams, it is to be sincerely hoped that other museums will have an opportunity to re-home them, rather than an assumption being made that the vehicle in question is beyond salvation simply because it is not required in the national collection.

Probably the only opportunity to see the North Metropolitan horse car in its current condition outside at Crich, shortly before it was moved into the workshop to be broken up. (Photo courtesy of Crich Tramway Village) 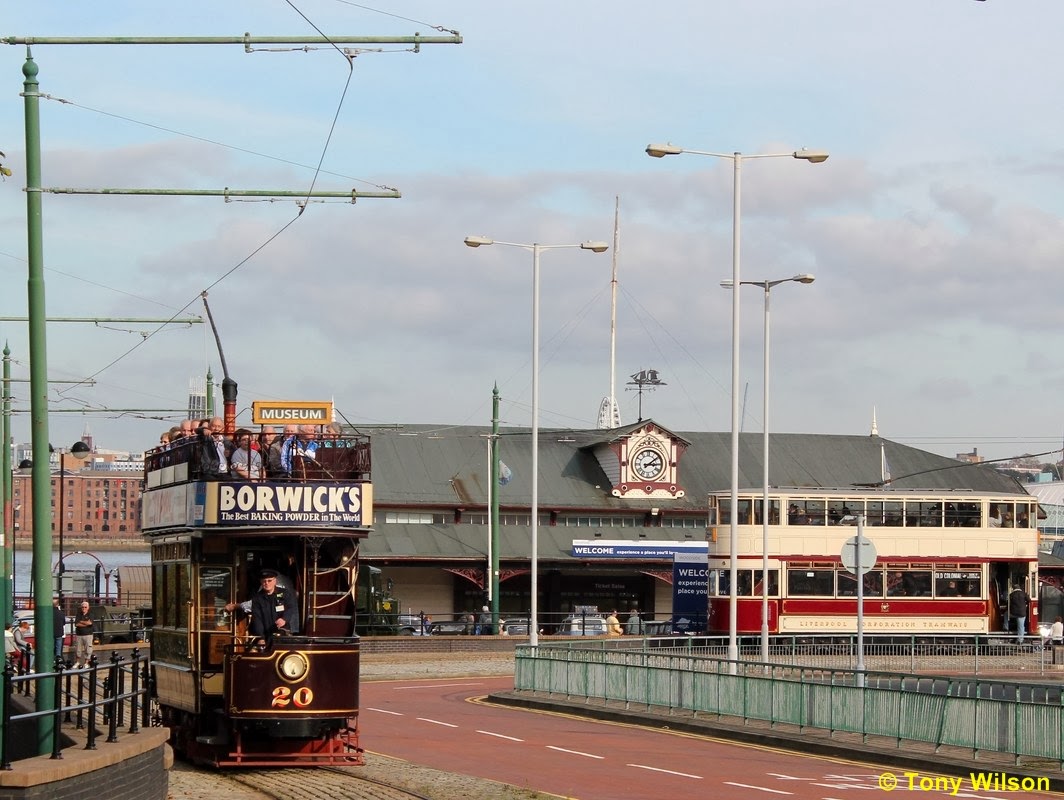 The start of the 2014 operating season for the Birkenhead heritage tramway on Saturday 4th January heralded the start of a whole new era for this particular tramway. Following several years of insecurity surrounding the line’s future as Wirral Council looked to cut costs by ridding itself of this attraction, the immediate future of the operation has now been secured thanks to the involvement of the Merseyside Tramway Preservation Society.
The MTPS have always been a major player in the Birkenhead tramway, providing numerous volunteers to assist with its operation, and having several of their vintage trams run on the line. Now, the Society has assumed total responsibility for its continued operation, after the Council handed it over to the charitable organisation. All paid staff have now been laid off, meaning that the tramway has joined other museum tramways at East Anglia and Heaton Park in being entirely run by volunteers. The MTPS will therefore have to restore, maintain and operate all of the tram fleet unassisted, which will no doubt make 2014 a very challenging year for them as they get to grips with their new-found responsibilities. However, this group is certainly never shy of rising to a challenge: over the past few decades they have undertaken some of the most impressive tram restorations ever seen in this country, transforming derelict wrecks into fully working tramcars such as Liverpool 762 and Wallasey 78. So, if anyone can make a success of the tramway, it should be them! 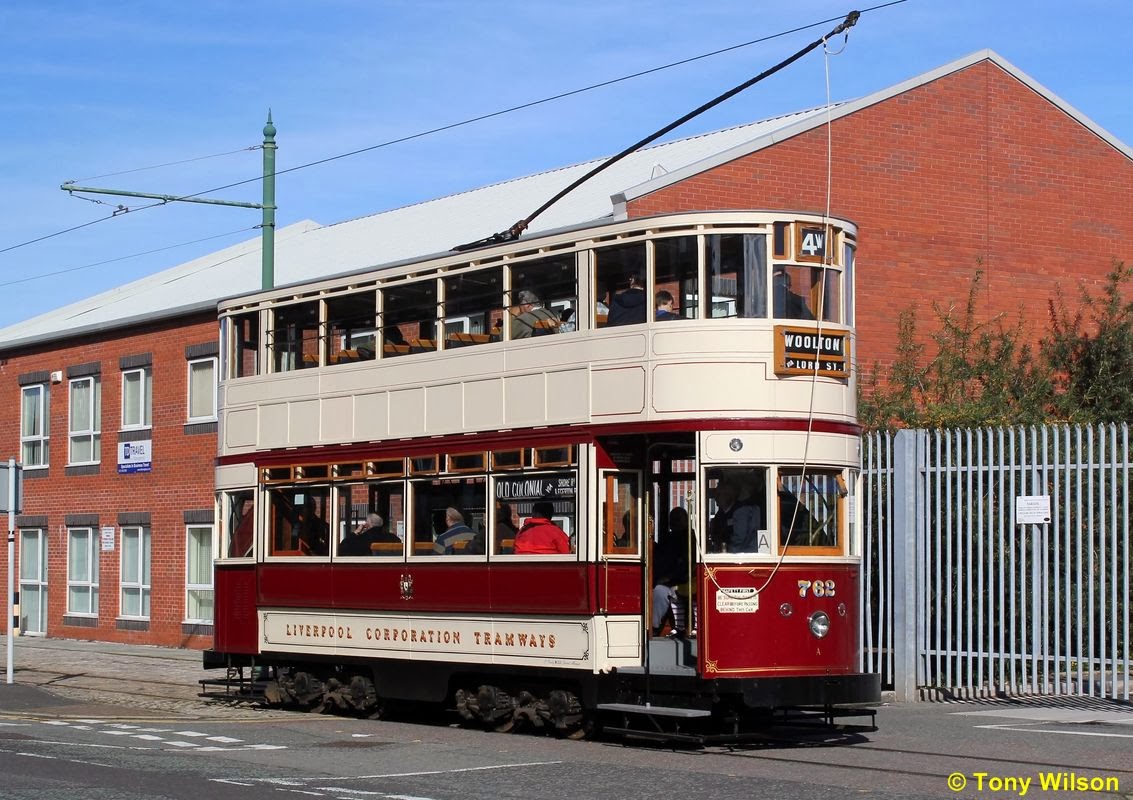 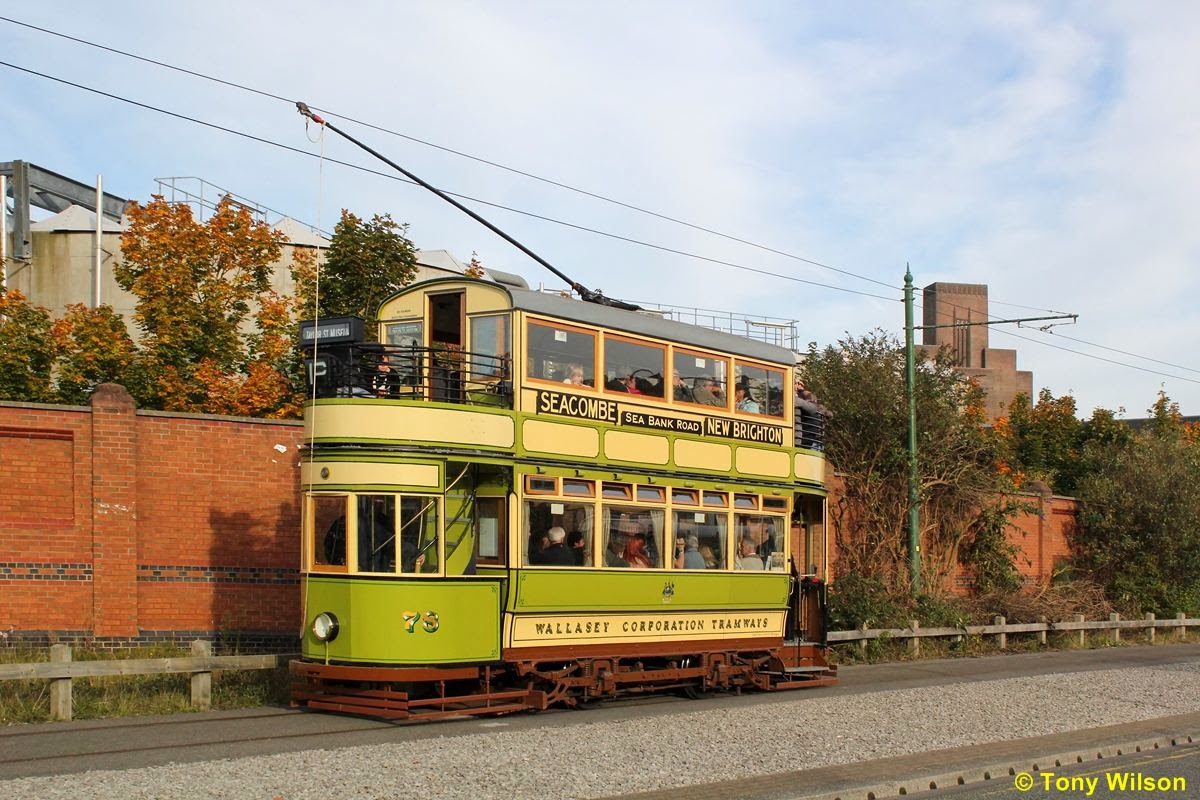 On the historic first day, the honour of first passenger tram of the year went to Hong Kong car 69. Unfortunately, this tram was in trouble later in the day and had to retire early with a minor fault, with Lisbon 730 taking its place in service, although 69 was hastily repaired and managed to re-enter service before the end of the day! 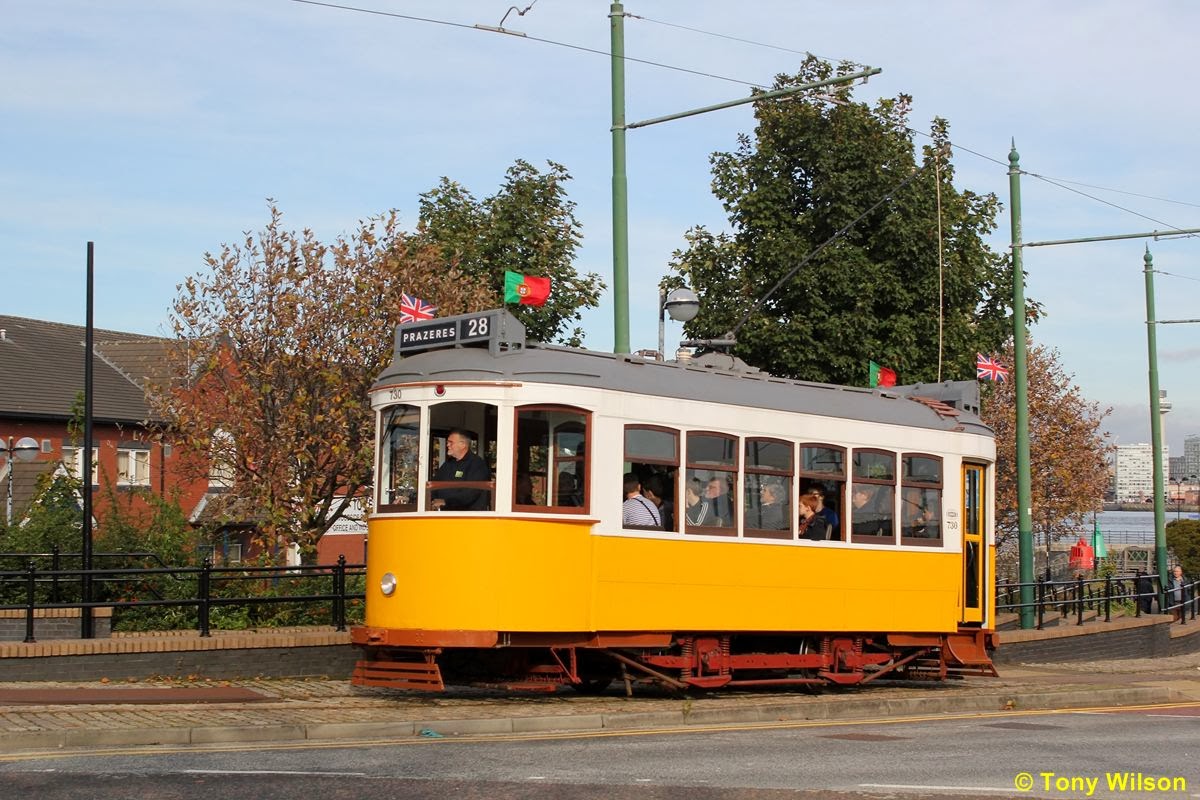 In addition, 2014 should be an exciting year on the Wirral thanks to the expected launch of Liverpool 245, restoring an iconic ‘Baby Grand’ streamliner to service in the UK for the first time since the closure of the Liverpool system. Early proposals are also being made to hold more events, such as model shows and swap meets, at the Taylor Street museum premises, to try and attract more people to visit the tramway, and TV coverage on BBC2 on Monday 6th January should also be a boost.