1.    Dawlish sea wall to be inspected after homes evacuated and containers ripped open

From the Exeter Express & Echo
Hopes to reopen the devastated Dawlish rail route within six weeks may have taken a blow after the sea wall was extensively damaged during last night’s storm.
Network Rail says inspections will take place this morning to understand the scale of the damage but they won’t know its impact on timescales until the middle of next week.
The rail authority had been hoping to install a base layer of concrete foundation this weekend but may now have to modify their design and clear away the new damage.
A spokesman said engineers will continue to work around the clock, weather permitting, to restore the route. 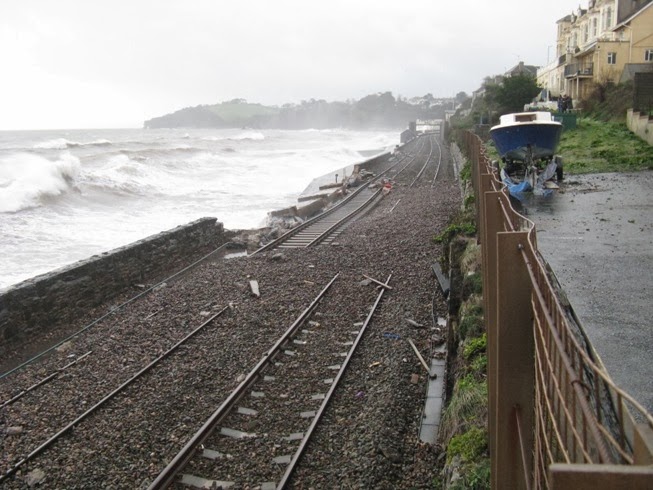 He said: “Considerable damage was caused right across the South West last night, and engineers have been out overnight assessing the full extent of the damage and removing trees from the tracks.
“At Dawlish, the wall received further damage adjacent to the failure site, and whilst the temporary barrier held in place, significant additional damage was caused. 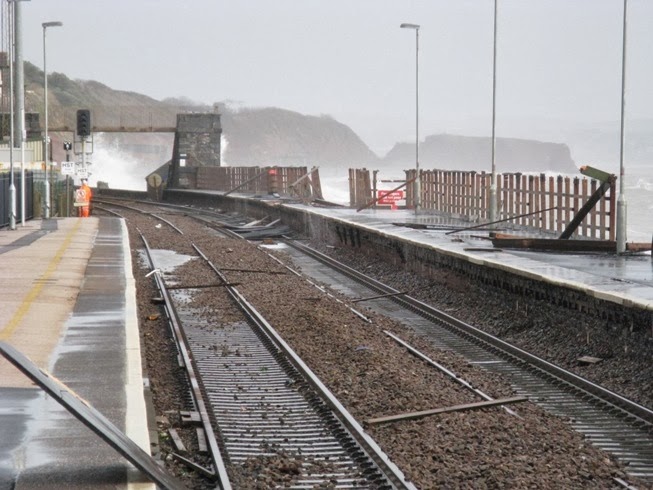 “This weekend we had been hoping to install the base layer of the concrete foundation, but that will clearly now not be met and we need to fully understand the extent of the new damage, modify our design and clear the new damage away.”
“The temporary sea wall performed heroically and remains intact but there has been further extensive damage to the wall.
“This will clearly have an impact on timescales but won't know till midweek what they may now be.”

Images above courtesy of Network Rail

From a Stagecoach press release

Stagecoach, Britain's biggest bus operator, on Friday 14 February 2014 confirmed a package of measures to help communities affected by the closure of the storm-damaged railway line at Dawlish in Devon.
Around 80 metres of sea wall was destroyed by high tides and storms last week, causing a significant stretch of railway to collapse into the sea.
Work is underway to repair the sea-wall, but it is estimated that the damage means the line between Exeter St David’s and Newton Abbot will not re-open until mid-March.
Stagecoach, which operates around 330 buses across the south-west of England, is discounting single and return fares on key routes in Devon by up to 50%.
The reduced fares will be available from today on its Hop2, Hop11 and B bus services, for all stops along the coast between Starcross and Newton Abbot.
The company is further extending the travel zones covered by its multi-journey tickets to include areas affected by rail disruption. The zone for its Torbay Dayrider and Megarider tickets is being expanded to include journeys between Teignmouth, Newton Abbot and Torquay.
It follows last week's announcement by Stagecoach that it was extending the coverage of its 'Exeter Plus’ Dayrider and Megarider zone to include Dawlish.
Stagecoach also confirmed that it will be accepting First Great Western rail tickets on its bus journeys between Exeter and Newton Abbot while rail services remain disrupted. 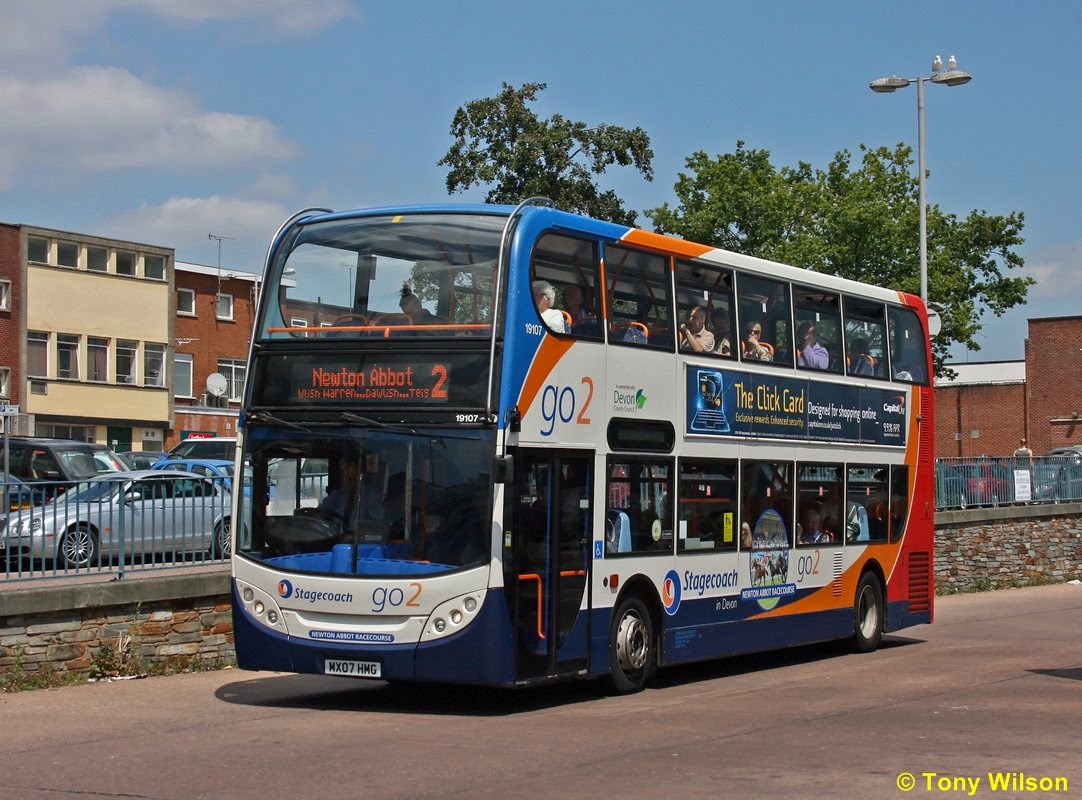 Michael Watson, Managing Director of Stagecoach South West, said:
"Communities in the south-west are facing a daily struggle against the impact of some of the most severe and relentless weather conditions we've ever seen.
"Transport is absolutely vital to our region to get people to work and ensure they can get on as best they can with their daily lives. At times like this it's important we all pull together."
Anne Maris Morris, Member of Parliament for Newton Abbot, commented:
"Minimising the disruption for the travelling public both practically and financially is crucial while we put in place a more resilient railway line at Dawlish.
"I welcome this announcement from Stagecoach about further fare reductions and rail tickets being accepted on buses, which will remain in place until the train line is up and running again."
Emma Kay, Town Centre Development Manager for Dawlish and Teignmouth, added: "We are delighted to hear that Stagecoach are providing more support for those affected by travel and have now included Teignmouth too. The railway is an essential link for our communities, which is being highlighted by the disruption that the closure is causing."
Stagecoach pledged that the special fares and extended travel zones will remain in place until the railway line at Dawlish is re-opened.
Full details of the new arrangements are available on the Stagecoach website at www.stagecoachbus.com/southwest.