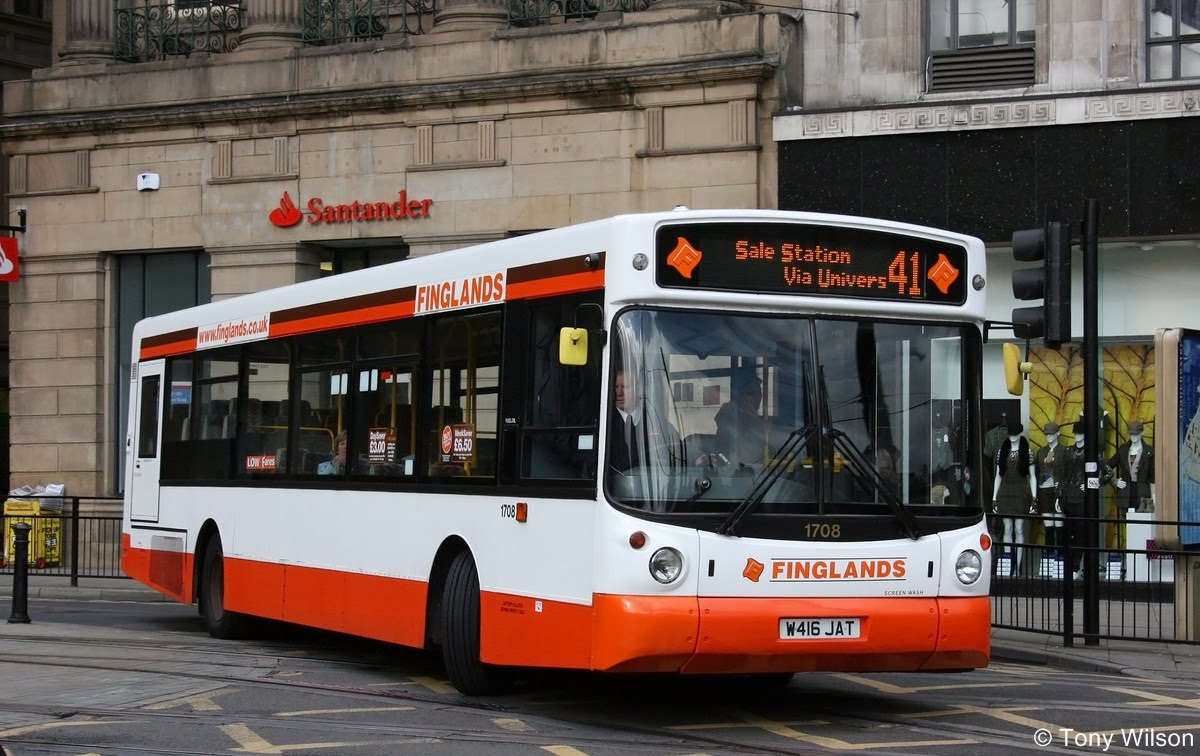 Bus firm Finglands has reached the end of the road - after the clinching of a £50,000 take-over deal.
First Manchester Ltd's bid to buy the firm is complete thanks to the green light from the Office of Fair Trading. 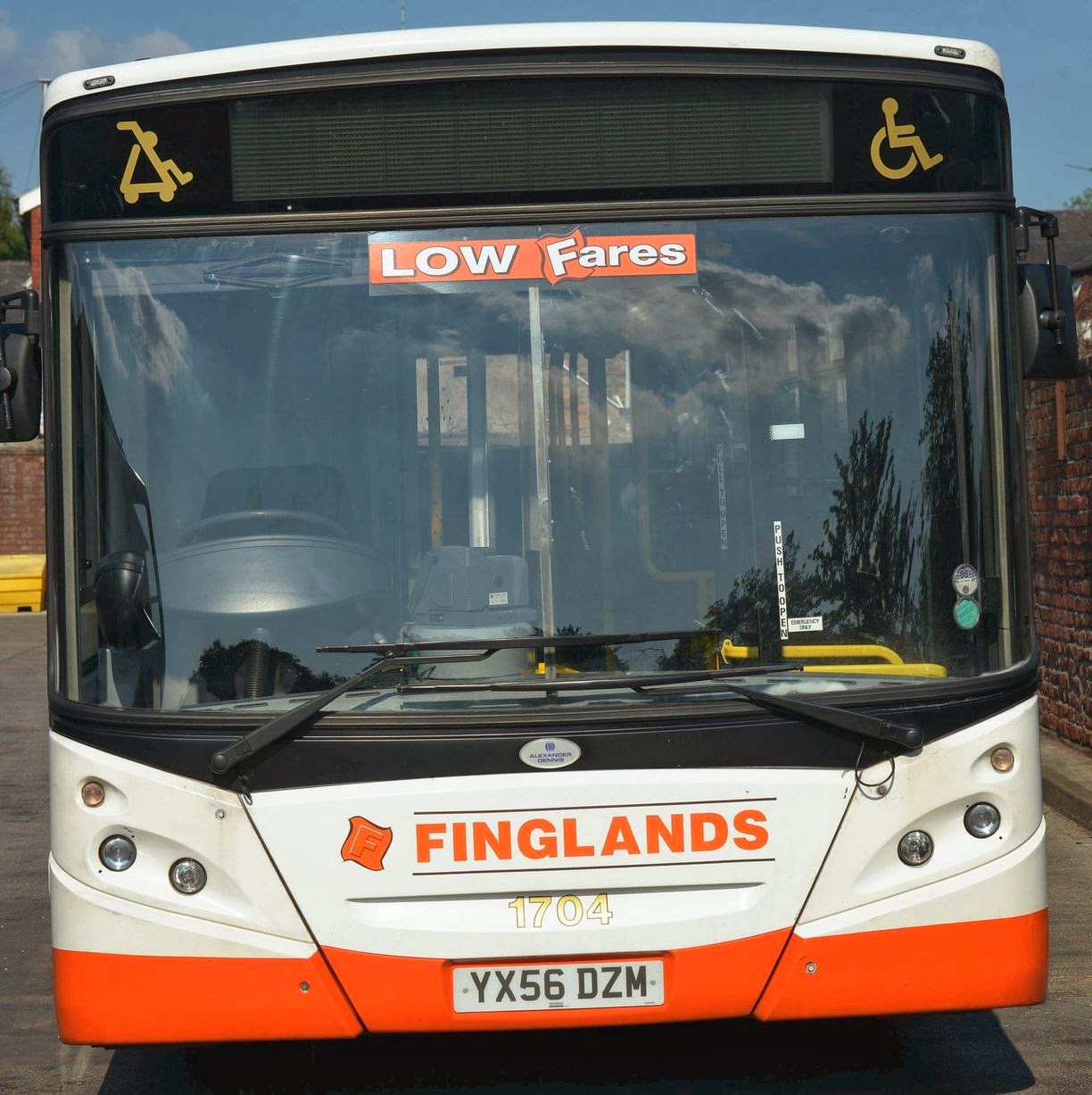 The deal will see the firm's 41-strong fleet of white buses with beige, orange and brown stripes taken off the streets of south and east Manchester.
The firm's 100 workers will move over to First in the hand-over on February 9.
First will also acquire the lease of the depot on Wilmslow Road in Rusholme - but the current buses are not included in the purchase.

First will use them at first to meet demand but then, bosses at Finglands' owners East Yorkshire Motor Services group have indicated, they will be used elsewhere.
First Manchester currently operates around 700 buses and employs 2,000 staff.
Last year, the firm slashed fares on many routes by 30 per cent and saw an eight per cent rise in passenger numbers between April and June last year.
In Finglands' last filed accounts, it made a loss of £266,000 and bosses said the sale was aimed at securing jobs.
Dave Alexander, regional managing director for First, said: "This acquisition demonstrates our commitment to Greater Manchester and represents an excellent opportunity to further grow bus passenger volumes.

"We welcome new colleagues and customers and we look forward to working with them to further improve bus services in the communities of Greater Manchester.” 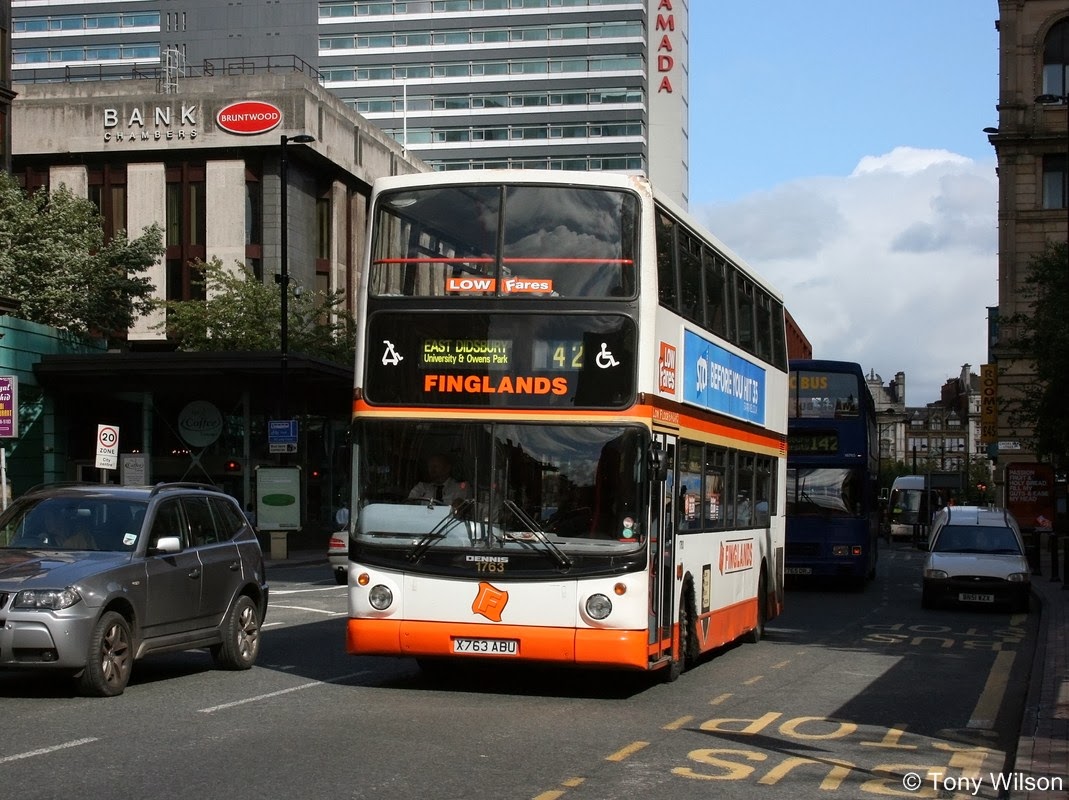 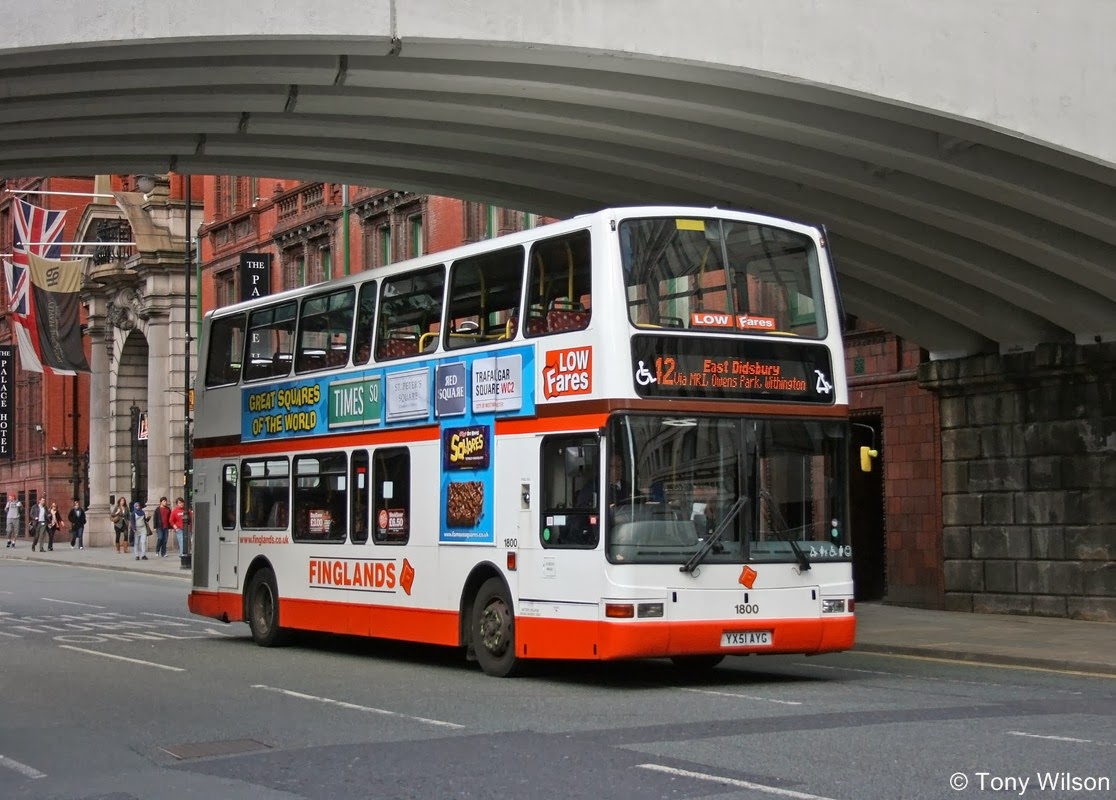 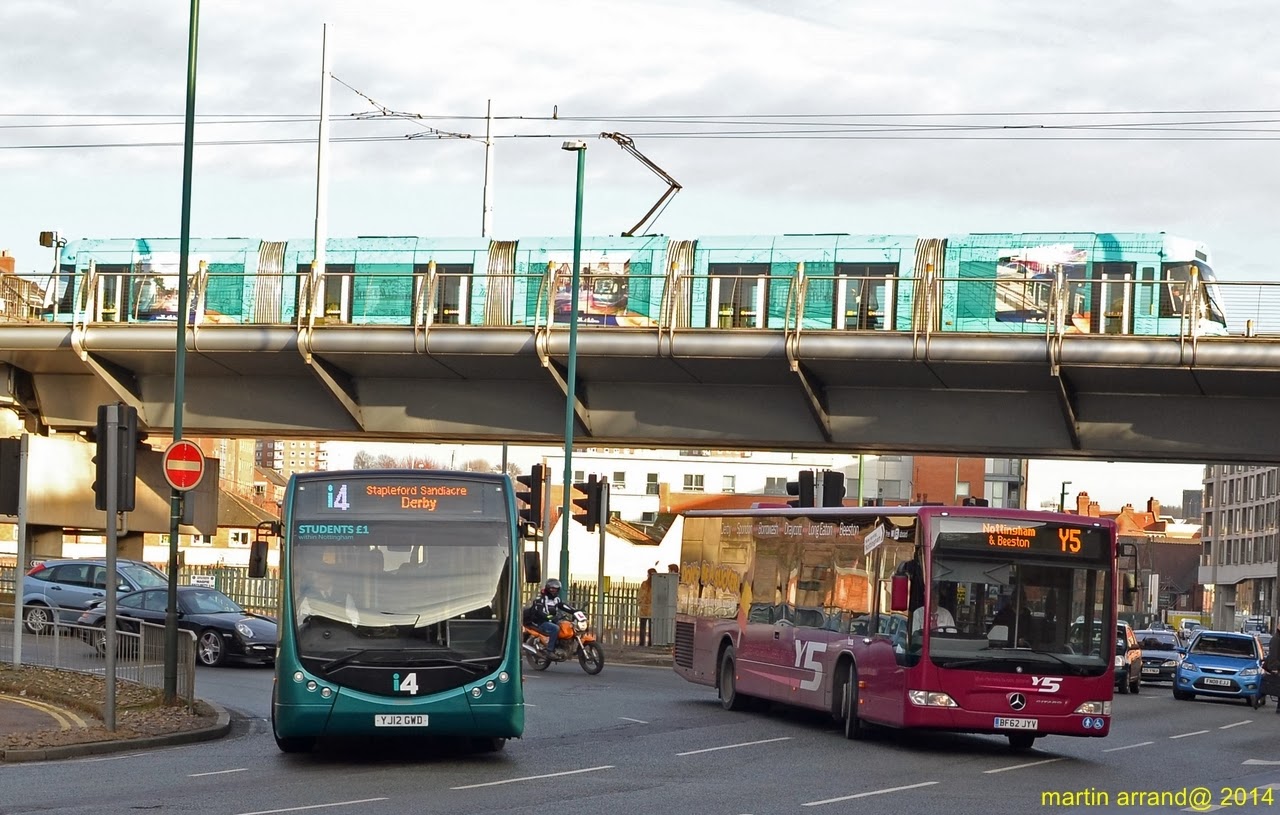 We continue with Martin Arrand's recent visits to Derby and Nottingham. The latest set of images cover the afternoon spent in Nottingham City Centre and around the QMC Island, and can now be viewed here